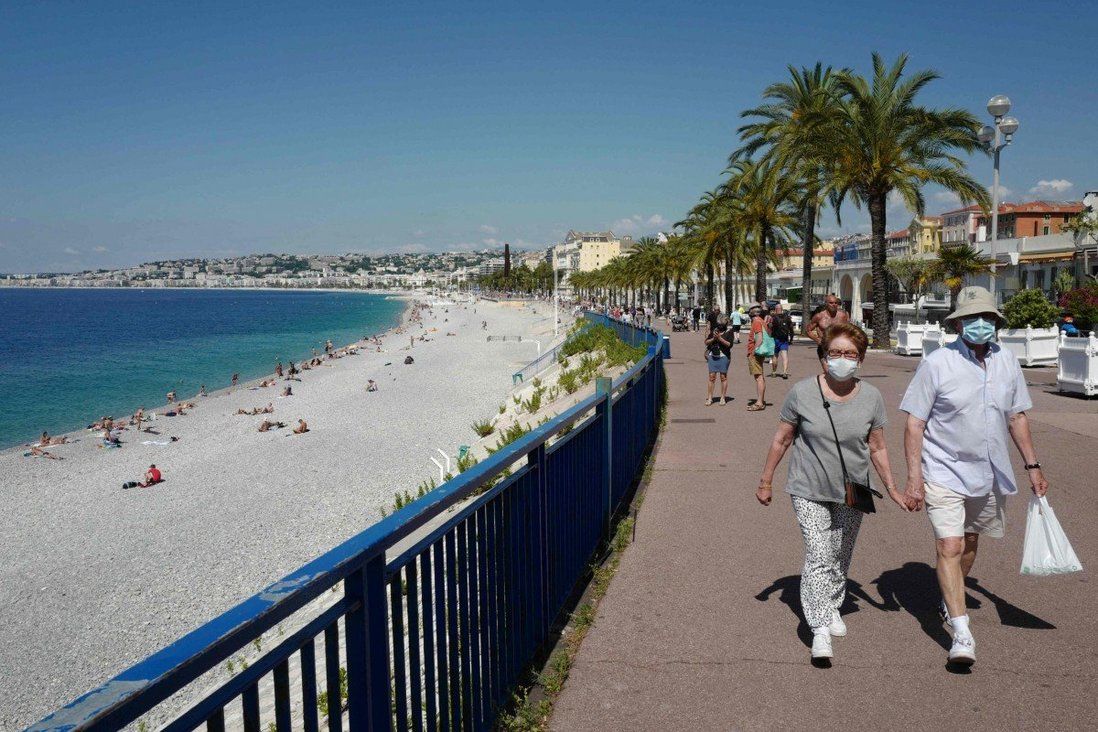 The European Union (EU) on Wednesday agreed to lift coronavirus restrictions for travellers from the US and several other places, as Western countries move towards a return to pre-pandemic life.

The United States was among eight countries and territories added to a EU white list, exempting them from the Covid-19 travel ban ahead of the busy summer holiday season critical to the economies of many member nations.

EU states can still choose to require travellers from these areas to undergo Covid-19 testing or to observe periods in quarantine, but once the new list is approved, the recommendation is that they should be exempted from a blanket travel ban that the bloc imposed in March 2020.

The other countries and regions added to the white list on Wednesday were Albania, Hong Kong, Lebanon, Macau, North Macedonia, Serbia and Taiwan, officials and diplomats said.

France meanwhile said that masks would no longer be required outdoors from Thursday and that an unpopular Covid-19 curfew would be scrapped on June 20, 10 days earlier than initially planned, thanks to falling infections.

“The health situation of our country is improving faster than we expected,” said Prime Minister Jean Castex.

Europe’s move came a day after Covid-19 restrictions were dropped from sea to sea in the US, with New York City and the state of California lifting nearly all curbs.

The lifts came as the national Covid-19 death toll in the US topped 600,000 – the largest in the world by far, ahead of hard-hit Brazil and India.

After a much-criticised early response to the pandemic, the US has since organised one of the world’s most effective immunisation drives.

“We have hit 70 per cent vaccination,” New York Governor Andrew Cuomo said on Tuesday as he announced the lifting of curbs. “It means that we can now return to life as we know it.”

Across the US, Governor Gavin Newsom told Californians that they could ditch their masks nearly everywhere, except for schools, hospitals and public transport. “Finally we are here, to turn the page … to move beyond social distancing and physical distancing.”

But in a stark reminder that the global pandemic that has killed more than 3.8 million people worldwide was far from over, Moscow Mayor Sergei Sobyanin warned “the coronavirus situation continues to unfold dramatically”.

“We simply must do everything to carry out mass vaccinations in the shortest possible time and stop this terrible disease, stop the deaths of thousands of people,” Sobyanin wrote in a blog post as he ordered compulsory jabs for Muscovites working in the service industry.

The announcement came as Russia’s second city of Saint Petersburg hosts matches in the Euro 2020 football tournament, with thousands of foreign visitors expected to fly in for the sporting extravaganza.

Russia has the sixth-highest caseload in the world, but President Vladimir Putin – who was holding a summit with US President Joe Biden in Geneva on Wednesday – has repeatedly claimed the country has handled the pandemic better than most other nations.

The increase in cases comes as authorities struggle to encourage Russians to get vaccinated, even though the country launched a mass campaign of free jabs in December and has developed and approved four vaccines – Sputnik V, EpiVacCorona, CoviVac and the one-dose Sputnik Light.

Sobyanin, whose city of some 12 million is the epicentre of the coronavirus outbreak in Russia, said just 1.8 million residents had been inoculated.

The World Health Organization estimates that the pandemic’s overall toll could be two to three times higher than official figures, due to the excess mortality that is directly and indirectly linked to Covid-19.