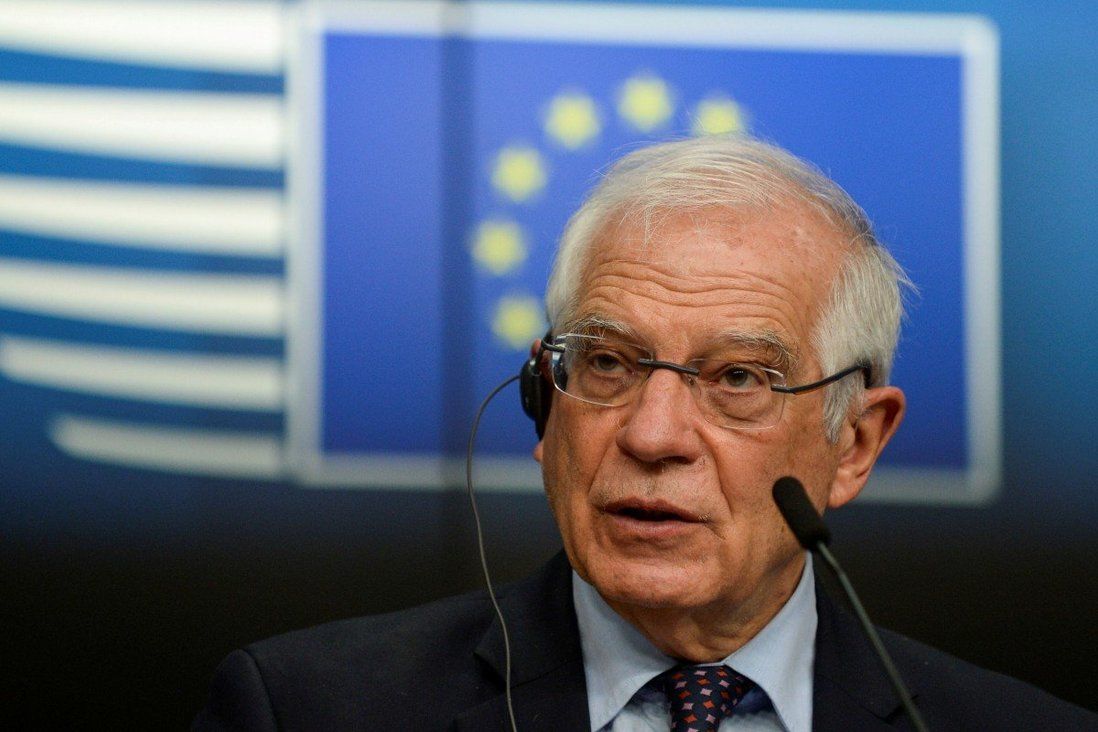 An annual EU review on Hong Kong said the national security law has had ‘chilling effect’ on civil society.
The European Union issued a scathing review of political conditions in Hong Kong, describing an “alarming political deterioration” and a “severe erosion of autonomy, democracy and fundamental freedoms”.

The EU’s annual report on the city hit out at the tightening grip of Beijing on Hong Kong affairs, the “chilling effect on the exercise of protected rights and freedoms” brought by the national security law (NSL), and an uptick in “self-censorship in the media, academia and civil society”.

The EU annual report by the European Commission will be presented to the Parliament and Council.

While it did not constitute any shift in policy towards Hong Kong, it was the latest critical document from Brussels on Hong Kong’s political situation. It will fuel a growing clamour for sterner action on Hong Kong among parliamentarians.

But as of yet, the official policy response has been muted in comparison to that of the United States.

On Thursday, in a statement responding to Beijing’s plan for a sweeping revamp of Hong Kong’s electoral system to ensure only “patriots” can rule the city, the EU vowed to take “further steps”, without clarifying what they may be.

While it has been reported that the EU was preparing to issue sanctions on Chinese officials engaged in the alleged persecution of Uygurs in Xinjiang, Hong Kong sanctions were not thought to be imminent.

In its new report released on Friday, the bloc described the NSL as the “centrepiece of a crackdown on opposition that has included the arrests of numerous pro-democracy activists”.

The group said the tightening of mainland authorities’ grip on Hong Kong affairs was evidence that the city’s autonomy was under threat.

“Fears about the vulnerability of ‘one country, two systems’ were compounded in April when the Hong Kong Liaison Office (HKLO), representing the mainland authorities in Hong Kong, asserted that it was not bound by the obligation of non-interference in Hong Kong affairs enshrined in the Basic Law,” the report said.

The document confirms that for the first time last year, an annual structured dialogue meeting between the EU and Hong Kong officials was cancelled.

This combination of political and economic discussions resumed in part last month with a political dialogue between the European External Action Service – its foreign office – and Hong Kong’s Security Bureau and Constitutional and Mainland Affairs Bureau.

An economic dialogue is set to take place in the coming weeks, but it is unclear whether there will be scope for discussing the political issues which have arisen in the intervening weeks.

The EU report does not cover the early months of 2021, including the arrests of 53 activists and politicians on January 6, exactly one week after the European Union concluded an investment treaty with Beijing. Nor does it mention the trials for 47 people facing charges under the NSL, which began earlier this month.

Nonetheless, it a far cry from last year’s report covering conditions in 2019 – at the height of the protest movement – which said that “key freedoms continue to be upheld in Hong Kong, and the rule of law and independence of the judiciary remain as key safeguards”.

In the new report, the EU said that a “high level of confidence in the competence and integrity of judges and their readiness to uphold the rule of law” remains in Hong Kong, and that “it is too early to say how the Hong Kong courts will interpret the NSL and the extent to which rights and freedoms will be protected in the context of its application”.

The Hong Kong government dismissed the suggestion that the law would see any interference in the judiciary, saying that such “duty does not change when judges decide cases arising from or involving political controversies”.

In a statement accompanying the report, EU’s foreign policy chief Josep Borrell said: “Over the course of 2020, we have witnessed an alarming political deterioration in Hong Kong. The national security law imposed by Beijing is being used to crack down on pro-democracy forces, stifle dissent and pluralism, and erode fundamental freedoms.”
Add Comment