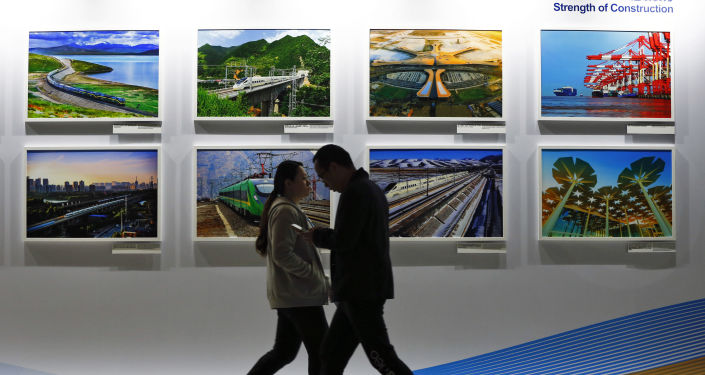 Last month, US President Joe Biden said the new infrastructure project of the G7 bloc could become a better option for the world's developing countries than China's Belt and Road Initiative.

The EU is "getting serious" about its response to China's Belt and Road Initiative (BRI), the massive infrastructure project to connect Asia to European markets, Politico reports.

The US news outlet cited draft EU Council conclusions as saying the bloc hopes that in the next nine months, the European Commission will come up with a list of "high impact and visible projects" to rival the BRI.

"The Council notes that other key economies have developed their own approaches and tools for connectivity and underlines the need for all such initiatives and actions to apply high international standards. The Council requests the Commission and the High Representative [Josep Borrell] to proceed swiftly with the implementation" of the proposals, the EU Council conclusions read.

The challenges reportedly include coming up with a name for the EU's project that's as catchy as the BRI's as well as creating a logo for the project. 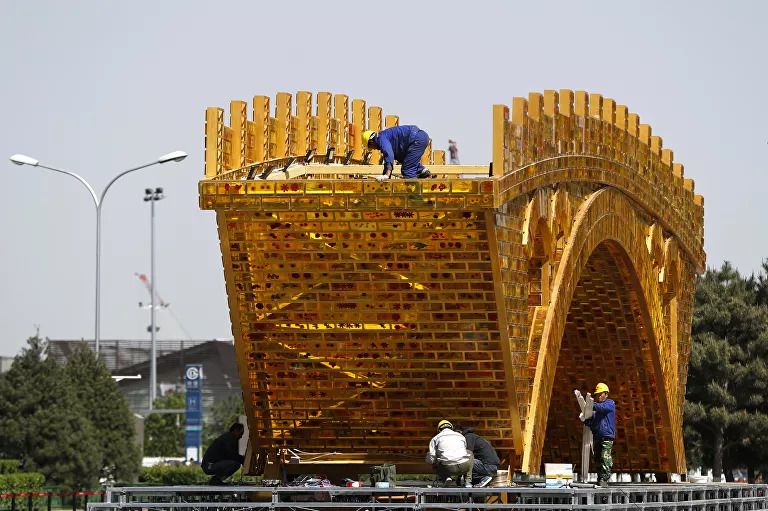 Workers install wires on a 'Golden Bridge of Silk Road' structure on a platform outside the National Convention Center, the venue which will hold the Belt and Road Forum for International Cooperation, in Beijing, April 18, 2017

According to the conclusions, "the narrative should include a recognisable brand name and logo developed together with the member states and should be supported by a campaign for greater public visibility".

There was no immediate word about a price tag for the EU's new scheme, but Politico reported that the EU Council will call for injecting "a mix of public financing and private investment" into the project.

The council will also ask the commission to "present coherent and streamlined financing schemes to incentivise sustainable connectivity investments", the conclusions noted.

These schemes will pertain to EU and member-country-level financial instruments, export credits, loans and guarantees, as well as engaging the European Investment Bank and European Bank for Reconstruction and Development.

Additionally, the council underscored the challenges of "financing large-scale sustainable infrastructure and the importance of robust technical assistance" in terms of implementing a potential project.

"It considers that predictable international norms and standards and sound regulatory frameworks are essential for a level playing field and a conducive environment for incentivising private investment", the conclusions stressed.

This comes after US President Joe Biden told reporters in late March that he suggested to UK Prime Minister Boris Johnson developing an international infrastructure project to compete with the BRI.

"We talked about China and the competition they're engaging in the Belt and Road Initiative. And I suggested we should have, essentially, a similar initiative coming from the democratic states, helping those communities around the world that, in fact, need help", Biden said.

The Belt and Road Initiative is a global strategy adopted by the Chinese government in 2013 to expand the nation's economic and political clout through financing multiple infrastructure and development projects in nearly 70 countries and international organisations.