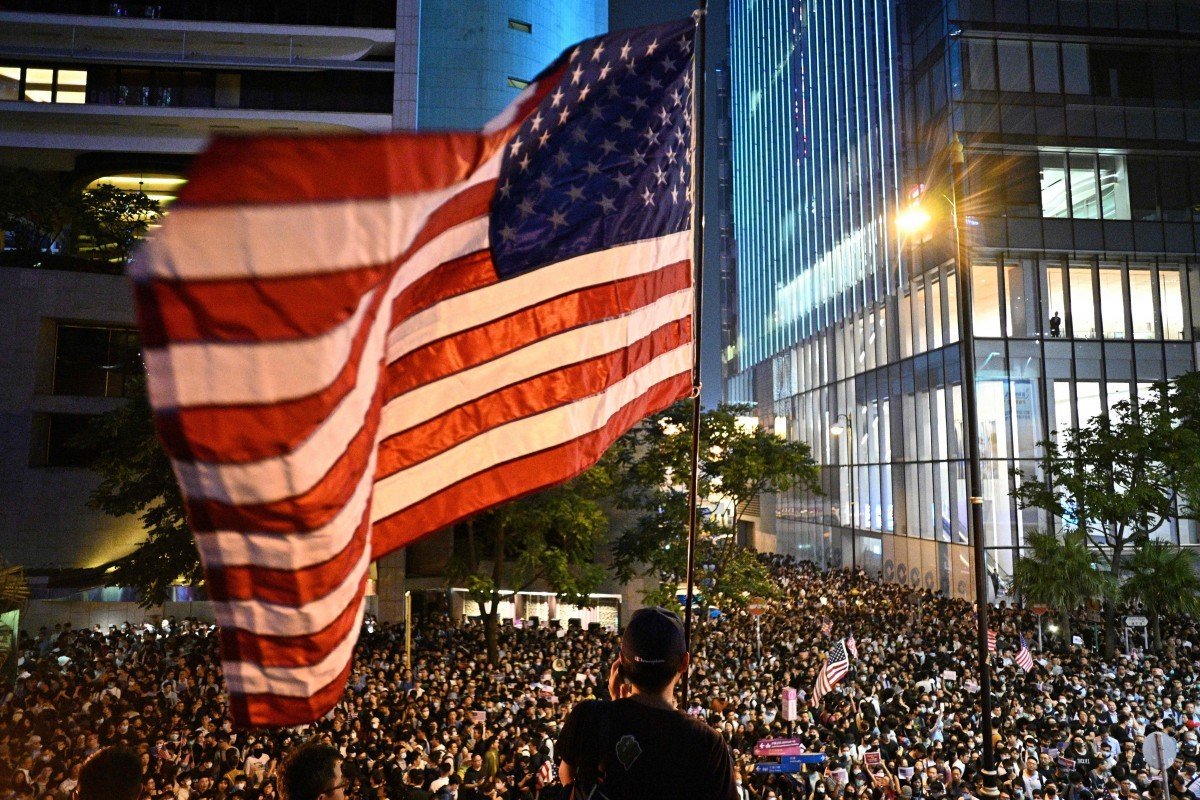 EU voices add to international perception that Hong Kong’s political situation is threatening to stymie its position as an international commercial centre. City remains a ‘gateway to China’ and protests have only had a ‘minor impact’ on inbound investment, but this could change, Rhodium Group economist warns

Hong Kong’s status as a trade and investment hub is based on its political stability and “operational efficiency”, both of which could be jeopardised by a significant deterioration in the city’s ongoing political crisis, economists and European trade officials warned on Wednesday.

A five-month long protest movement has roiled Hong Kong and sent its economy into its first recession for a decade, with a 9.2 per cent slump in exports in October, and a 50 per cent slump in tourist arrivals in the first half of last month.

However, so far it has only had “a minor impact” on investment flows into China, an audience of diplomats, as well as Hong Kong government officials and business figures heard at the European Union Office to Hong Kong and Macau on Wednesday.

But with the eyes of the world now trained on the city, this could soon change, said Thilo Hanemann, a partner at research house Rhodium Group.

“We haven’t reached that point yet, where the perception of Hong Kong as an investment destination is irreparably damaged,” Hanemann said in an interview on the sidelines of the event. “But there are looming longer-term concerns about the situation potentially escalating, and undermining the rule of law and institutional set-up that have made Hong Kong such a special place for international investors.”

International scrutiny of the city increased after the rapid passing of the Human Rights and Democracy Act through the US Senate and Congress last week. The bill, which could pave the way for diplomatic action and economic sanctions against Hong Kong, has stoked tensions between Washington and Beijing that were already running high amid a 17-month trade war that has stripped away much of the bilateral trade.

American political figures who were previously dismissive of the United States wading into Hong Kong’s affairs now admit on background that they “hope people in Hong Kong aren’t dismissing the possibility of US action if the situation deteriorates”.

The European response to the Hong Kong situation has been more muted, and a senior trade official speaking at Wednesday’s event suggested that Brussels still sees Hong Kong as a vital hub, though this position should not be taken for granted.

“I take note that the role of Hong Kong as a gateway to China is declining as China is opening up and I think it is positive that China opens up,” said Eva Valle Lagares, head of the trade section at the EU Office to Hong Kong and Macau, commenting on World Bank figures that showed on some metrics, such as political risk, Hong Kong’s ranking is declining, while China’s is improving.

“But now with the unrest, all these considerations about long term competitiveness of Hong Kong, I think that the ‘operational efficiency’ is really important and to be cherished.”

Valle Lagares added that while other rival hubs can “replicate tax efficiency”, you cannot “replicate the operational efficiency” that has seen 2,500 EU companies flock to Hong Kong, accounting for more than €150 billion (US$165.2 billion) in investment.

Investment from Hong Kong into China increased by 8.1 per cent between January and September, MOFCOM data showed. There is some “stickiness” to foreign direct investment, but Beijing should be aware of the risks that the Hong Kong crisis could pose to the mainland economy, Hanemann said.

A significant escalation in Hong Kong’s situation could dent investment inflows, making it less likely that Beijing would loosen capital controls and liberalise its own economy, since these plans are “predicated on large foreign investment influence into especially bonds and stocks”, Hanemann added.

Representatives from individual European nations, meanwhile, have seen a tail off in commercial interest in Hong Kong over recent months. The Austrian trade commissioner for Hong Kong and Macau, Franz Roessler, said that over the second half of 2019, delegations of Austrian businesses to Hong Kong stayed steady, because people had already booked flights and paid for exhibition booths at trade shows. But the outlook for 2020 was different.

“The Hong Kong government tried to show normality, business delegations were very well received,” Roessler said. “But for the first half of next year, people are very reluctant to commit to coming to Hong Kong. They are waiting to see if big events are cancelled.”

For big trade shows where the Austrian delegation would usually run into the dozens, they are now struggling to attract single figures, Roessler said.

“Some of the Austrian companies don't travel from Austria, they come from mainland China for the shows as well. It is interesting that these companies are especially worried about coming to Hong Kong,” said Roessler.

He added that businesses with greater international experience were less likely to be perturbed by the images beamed back to television in Europe, since they are likely to have a more nuanced understanding of the situation on the ground.

Another trade commissioner attending the event said that while a delegation from their country had successfully visited Hong Kong recently, they were the subject of worried calls from senior bosses in their departments on the eve of the trip, “wondering if they’d made a mistake”.

EU diplomatic sources last week told the ﻿South China Morning Post that Europe was unlikely to take any concrete action over the situation in Hong Kong, in part because of concerns about its economic relationship with Beijing. “The EU has been very unified in the statements it has made, but in reality there is little more that can be done,” the diplomat said.