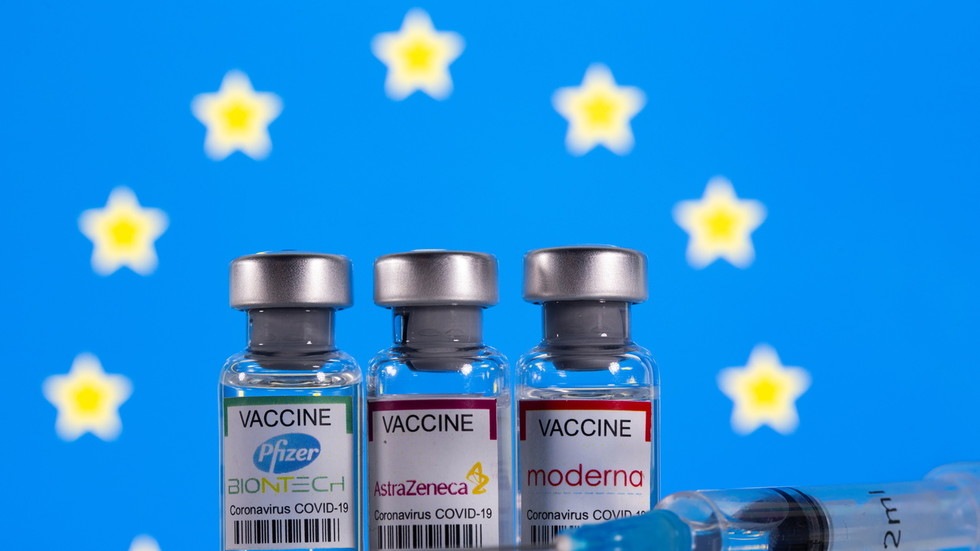 As the Delta variant becomes increasingly prevalent, the European Medicines Agency (EMA) has urged citizens to get their second Covid-19 vaccine shot. It is also reviewing reported side-effects of Johnson & Johnson’s jab.
In a press statement on Wednesday, the EMA said the growing prevalence of the Delta variant across the nations in the bloc had reinforced the importance of people getting their second Covid-19 dose to ensure maximum protection.

“Preliminary evidence suggests that both doses of a two-dose Covid-19 vaccine like [Pfizer’s] Comirnaty, [Moderna’s] Spikevax or [AstraZeneca’s] Vaxzevria are needed to provide adequate protection against the Delta variant,” the statement reads, adding that the new strain may also be linked with increased hospitalization.

There are still 10 EU/EEA nations where 30% or more of the population over the age of 80 have not yet completed the recommended vaccination course, according to the EMA and European Centre for Disease Prevention and Control tracker. With the exception of the Johnson & Johnson vaccine, which has not been used as widely, all other vaccines are administered in a two-dose regimen.

In other statements on Wednesday, the EMA provided updates on the safety and efficacy of the Covid-19 vaccines it has approved for use in the EU. Following on from Tuesday’s news that the agency would be investigating a US warning about cases of Guillain-Barré Syndrome associated with the Johnson & Johnson vaccine, the EMA said it had isolated 15 potentially linked cases in the EU. It said it could neither confirm nor rule out any causal relationship, however.

On Monday, health authorities in the US warned of a possible link between the one-shot vaccine and the rare nerve disorder. Of 100 preliminary reports, 95 were serious cases that required hospitalization, and there was one reported death.

The EMA also said it had concluded an investigation into nine cases of immune thrombocytopenia that were “possibly related” to the widely-used Moderna vaccine, but, again, there was no clear causal relationship.
#AstraZeneca  #Vaccines  #COVID-19  #Johnson  #vaccine  #Pfizer  #Covid
Add Comment