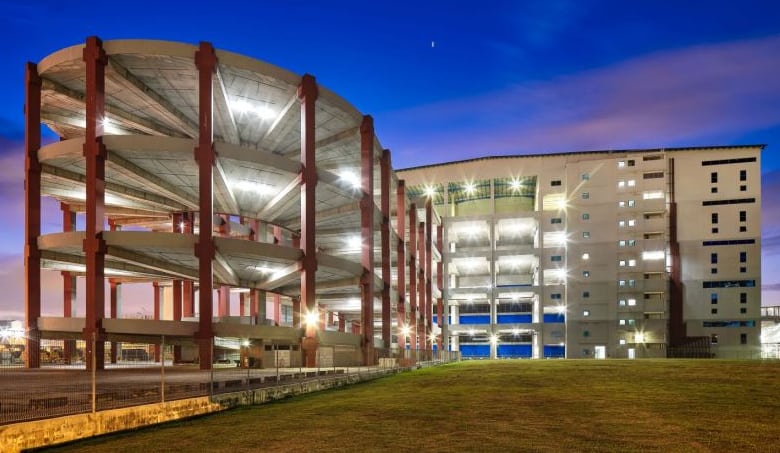 Shares of ESR-REIT hit a five-month low on Friday amid heavy trading after it announced plans to raise about $112.7 million) for acquisitions.
In our latest roundup of regional news headlines, Singapore-listed ESR-REIT’s share price takes a hit after some recently announced financial plans, and Shenzhen surges past world capitals in the league table of luxury home prices.

South Korean investors also make the news, as the pandemic is reported to have reduced cross-border real estate investment in and out of the north Asian nation by 24 percent last year.

Shares of ESR-REIT hit a five-month low on Friday amid heavy trading, one day after the manager announced plans to raise about S$150 million ($112.7 million) to fund a Singapore acquisition and asset enhancement initiatives.

The REIT also obtained a S$68.5 million unsecured loan to finance the acquisition of a 10 percent interest in a GIC-majority-owned Australian logistics investment for A$60.5 million ($47 million).

Mainland China’s tech hub of Shenzhen recorded the fastest growth in luxury home prices in the world in the first quarter, up 18.9 percent on the same period a year ago and beating traditional prime property markets such as Hong Kong, London, New York and Paris, according to property consultancy Knight Frank.

Chinese cities Shanghai and Guangzhou also came second and third in the list of 46 cities, registering price growth of 16.3 percent and 16.2 percent respectively. Shenzhen and Guangzhou are two of the 11 cities in Beijing’s integrated economic and business hub initiative for the Greater Bay Area.

Lendlease Global REIT on Friday said its portfolio occupancy stood at 99.7 percent as of 31 March, down by a marginal 0.1 percentage point from a year earlier and unchanged from the previous quarter.

In a third-quarter business update issued on Friday, the manager said the REIT’s portfolio’s weighted average lease expiry (WALE) for the period stood at nine years by net lettable area (NLA) and 4.6 years by gross rental income (GRI). This was down from its WALE of 9.3 years by NLA and 4.9 years by GRI as of 31 December 2020.

Singapore-listed property player Far East Orchard sank into the red in the first quarter as the COVID-19 pandemic battered its hospitality business.
Net losses came to S$700,000 ($525,900 now) for the three months to 31 March, reversing earnings of S$900,000 in the year-ago period, the group said in a business update on Thursday.

Two adjoining three-storey conservation shophouses at 73 and 75 Neil Road have been put up for sale via expression of interest with a collective guide price of S$30 million ($22.5 million), exclusive marketing agent CBRE said Thursday.

Frasers Property Thailand issued a three-year debenture for THB 5 billion ($160 million) with an oversubscription of 4.5 times. Proceeds from the capital raised will be used to further strengthen the company’s real estate platform through investments and support capital expenditure and business operations in 2021.

The company said it received an overwhelming response from institutional investors for debenture subscriptions. The THB 5 billion debenture with fixed interest rate of 2.16 percent and three-year maturity was set to be issued on 6 May 2021.

CBRE is launching for sale two office floors — Levels 9 and 16 — at Malacca Centre, a 16-storey commercial development located in Singapore’s Raffles Place. The sale will be conducted by public tender, closing on 17 June 2021 at 3pm.

The decline in cross-border investment was primarily due to the COVID-19 pandemic. Intense competition from domestic buyers, who continued to be supported by abundant liquidity, also inhibited acquisitions by overseas investors. But many foreign investors continued to pursue investment opportunities in Seoul, with 2020 witnessing the completion of several major office and logistics deals.
#COVID-19  #Covid
Add Comment