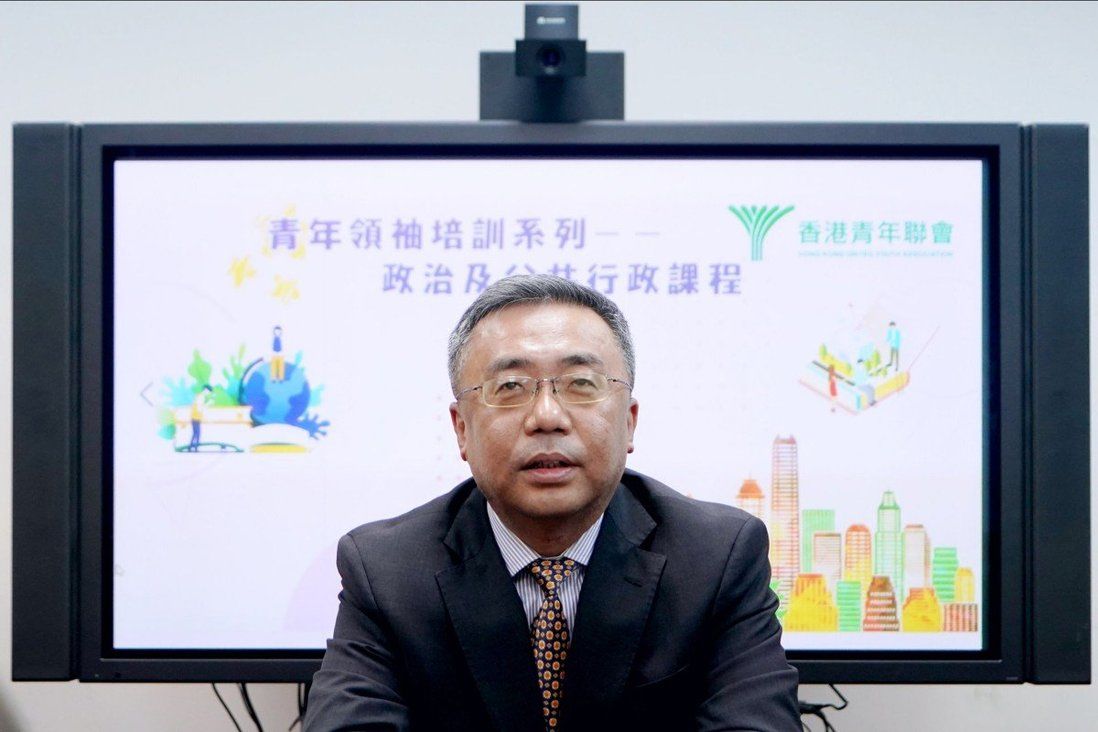 Beijing’s top diplomat in Hong Kong has warned foreign envoys in the city against meddling in the country’s internal affairs, urging them instead to support the coming overhaul of the electoral system.

Yang Yirui, acting commissioner of the Chinese foreign ministry in Hong Kong, briefed representatives of 59 countries and the European Union on Monday about Beijing’s planned shake-up, which will introduce a series of changes aimed at ensuring only “patriots” govern the city.

Yang’s comments to diplomats and envoys behind closed doors came as Chief Executive Carrie Lam Cheng Yuet-ngor was publicly offering assurances the city could still move towards greater democracy after the changes to the electoral system.

Lam expanded on those comments in an interview with state broadcasters CCTV and CGTN on Tuesday, saying that while the central government’s plan would safeguard the city’s politics from unpatriotic elements, it was not intended to “eradicate the chances of individuals who hold certain political positions”.

A spokesman for British Prime Minister Boris Johnson said London was deeply concerned over Beijing’s proposals, while a group of US congressmen said Beijing’s plan would further undermine Hong Kong’s degree of autonomy, and urged United States President Joe Biden to stand with the people of the city.

Under Beijing’s plan, the 1,200-member Election Committee that selects Hong Kong’s leader could be expanded by 300 seats to further cement the pro-establishment camp’s dominance, while the same body could become responsible for deciding who can run for Legislative Council seats.

Other changes could see Legco expanded from 70 to 90 seats, with at least 30 seats guaranteed for members of the Election Committee.

The ongoing National People’s Congress [NPC] session was expected to close on Thursday by endorsing a resolution empowering its standing committee to work out the details of the changes. 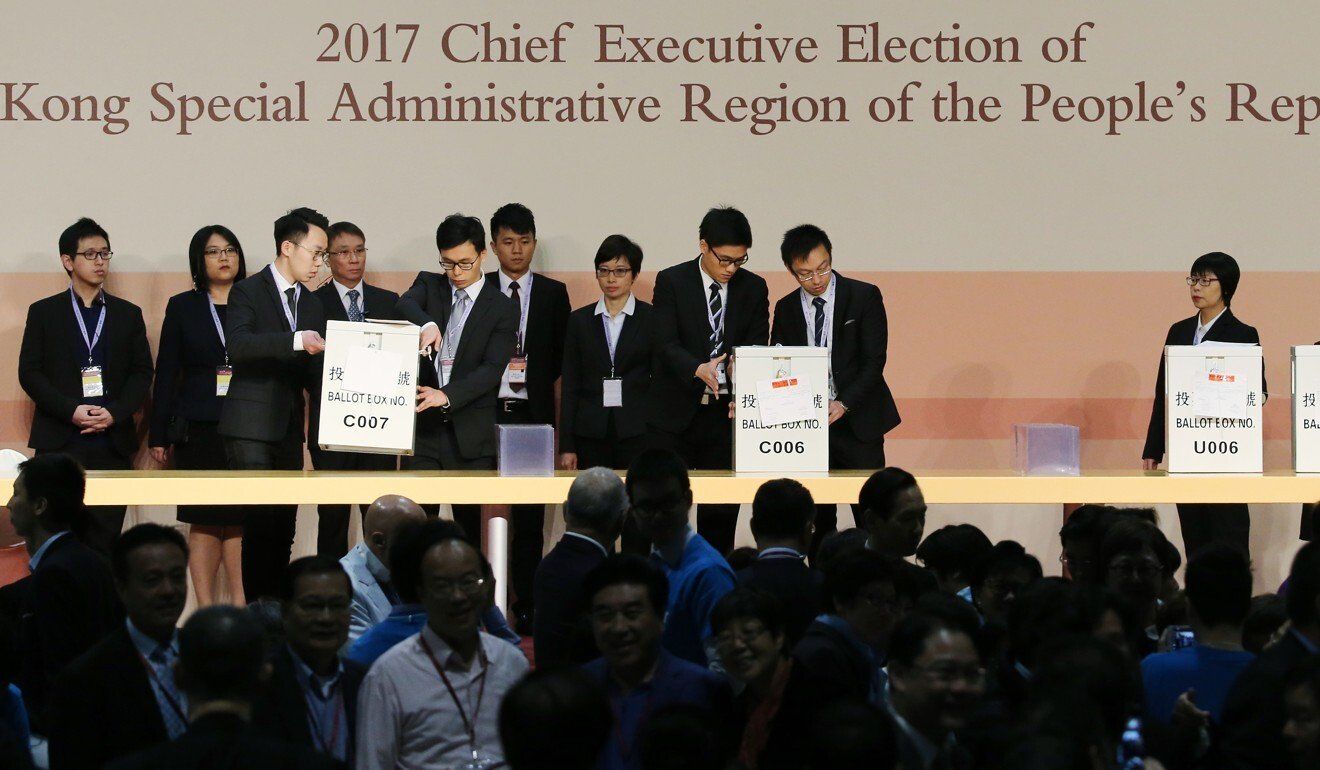 Yang’s meeting with diplomats was revealed on Tuesday, as Hong Kong deputies to the NPC were scrutinising a slightly amended draft of that resolution, paving the way for it to be endorsed on Thursday.

“Some words in the draft were amended to make the expressions clearer, but there’s no change to the major content,” a delegate said.

Another source called the changes “minor and insignificant”, and said there was little discussion among delegates on the item.

Washington has labelled the overhaul a “direct attack” on the city’s autonomy and democratic processes, while the European Union has accused China of reneging on the promise of universal suffrage guaranteed under the Basic Law.

But Foreign Minister Wang Yi on Monday defended the electoral changes as “constitutional, lawful, legitimate and reasonable”, saying they would help the city to maintain long-term prosperity and stability.

At the briefing with diplomats, details of which only came to light on Tuesday, Yang said “loopholes” in the city’s electoral system must be “closed with the utmost urgency to fundamentally resolve the problems in Hong Kong”.

“If the chaos in the elections is left unchecked and anti-China troublemakers are allowed to worm their way into the governance structure … Hong Kong will be plunged into violent turbulence, its status as an international financial, shipping and trading centre placed under threat, and the interests of the international community here in peril,” he warned.

Yang argued it was common practice in unitary states for the central government to determine local electoral systems and require public officers and administrators to meet rigorous standards of patriotism to be eligible.

“The implementation of the ‘patriots administering Hong Kong’ principle … will help to stop destabilising forces from obstructing Hong Kong’s development at the legislature [and] improve the relationship between the executive and legislative branches,” Yang said.

“It will help to bridge differences and build consensus … dispel concerns among the international community about social unrest in Hong Kong, and provide international businesses with a more enabling environment featuring greater social tranquillity, political stability and business predictability.”

As for foreign criticism, the Chinese official said: “Allegations that vilify the central government’s efforts to improve the electoral system of the [city] and predict doom and gloom for Hong Kong are nothing but alarmist rumours.

“The Chinese side hopes the consular corps in Hong Kong and the international community at large will abide by the principle of non-interference. Hong Kong affairs are China’s internal affairs and are crucial to China’s core interests.”

The Chinese official noted that 70 countries made a joint statement at the UN Human Rights Council in support of China’s stance on Hong Kong.

“A very few countries, driven by political motives and ideological bias, have made irresponsible remarks and even threats to meddle with the central government’s decision to improve Hong Kong’s electoral system. Their attempts are doomed to be futile,” Yang warned. 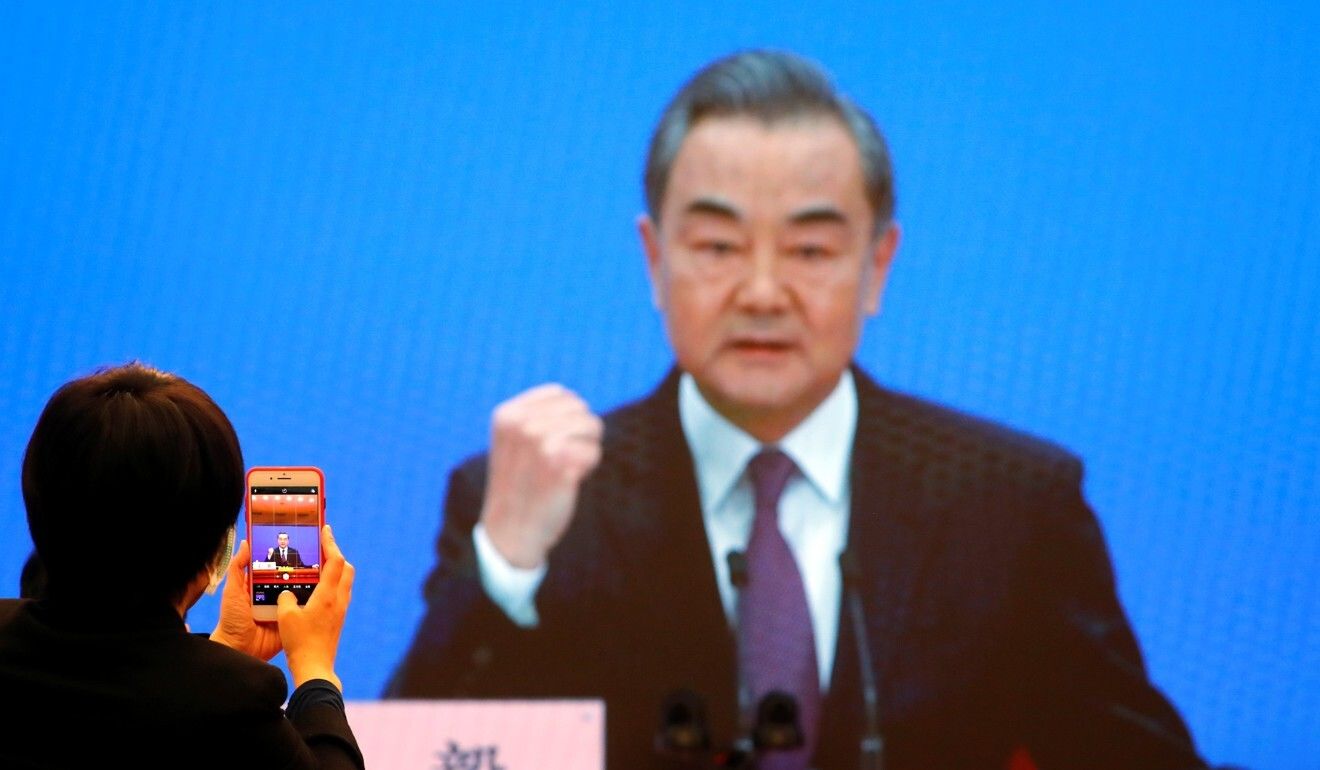 Chinese Foreign Minister Wang Yi attends a news conference on the sidelines of the National People’s Congress in Beijing via video link on March 7.

In response, a spokesman for the US consulate said: “[China’s] attempt to label its crackdown on Hong Kong as a purely ‘internal matter’ ignores Beijing’s international obligations and commitments, including in the Sino-British Joint Declaration.

Separately, Hong Kong NPC deputy Michael Tien Puk-sun on Tuesday said he supported the idea of guaranteeing Legco seats for members of the Election Committee, as it would encourage competent people who cared for the city’s overall interests but did not want to run in an election to join the Legislative Council.

“Some business leaders and professionals can offer insights for the long-term development of Hong Kong and they don’t just care about [sector-specific] interests,” Tien said. “But under the present electoral system, they do not bother to contest Legco seats in geographical or functional constituencies.”

Tien, who is also a directly elected lawmaker, said Beijing’s plan to overhaul Hong Kong’s electoral system would provide opportunities for those people to enter the legislature.

Addressing the planned introduction of a “full mechanism”that would give the committee the power to vet candidates for office, Tien said it could ensure only those who earnestly served the community would qualify.