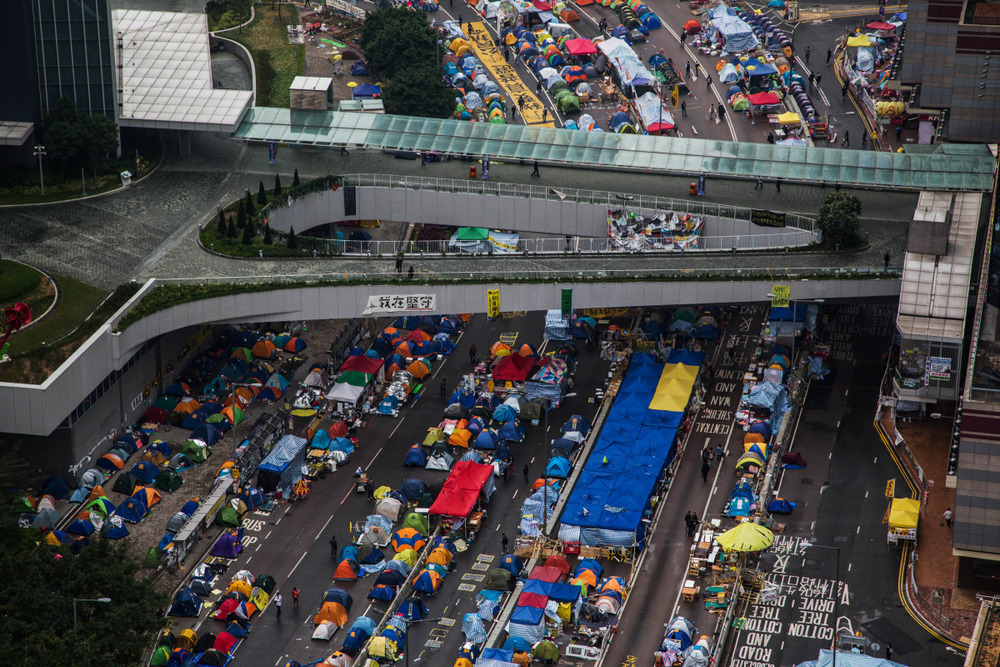 Hong Kong censors have banned an award-winning animation from being shown over a one-second scene depicting the 2014 pro-democracy protests, local media reported, in the latest sign of free speech curbs in the finance hub.
“Losing Sight of a Longed Place,” an eight-minute film about a young gay man’s struggles in Hong Kong, was scheduled to screen Sunday at a local film show organized by the Ground Up Film Society.

The filmmakers said in a Facebook post Wednesday the movie was pulled from the line-up after they refused to submit an edited version, without specifying which scene censors asked them to remove. The film in its entirety was rejected by the Office for Film, Newspaper and Article Administration, they said.

Local media including the South China Morning Post reported the filmmakers were asked to remove a scene showing 2014’s “illegal occupation,” citing a phrase the government uses to describe that year’s Umbrella Movement. Thousands of peaceful protesters occupied part of the city’s central business district for months in 2014 to demand broader voting rights.

The Office for Film, Newspaper and Article Administration did not immediately respond to a request for comment.

Produced by three university students and released in 2017, the animation was previously endorsed in a government statement that trumpeted its release at an Amsterdam film festival as part of the Hong Kong Economic and Trade Office’s push to promote the city’s film culture abroad.

Hong Kong has since cracked down on free speech in the wake of 2019’s mass anti-government unrest. Last year, authorities passed a film censorship law banning content that runs contrary to the interests of a Beijing-drafted national security law, with penalties as high as three years in prison for those who screen non-approved content.

Since the security law passed in June 2020, the city legislature has also adopted an anti-doxing law, moved to limit information available in the companies registry and led a pressure campaign against several major pro-democracy news outlets, resulting in their closure.
#Facebook
Add Comment