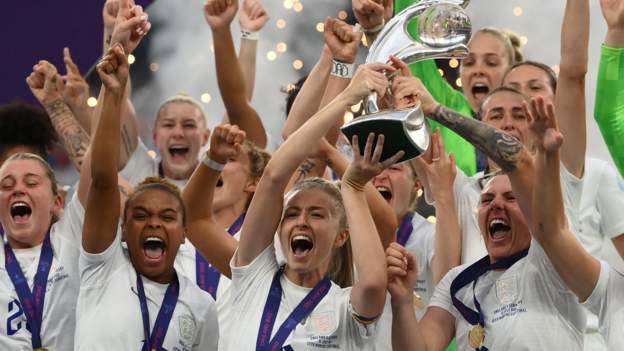 England to face Denmark and China at World Cup

European champions England will face Denmark and China at the Women's World Cup in 2023 in Australia and New Zealand.

They will be joined by either Senegal, Haiti or Chile in Group D.

The Lionesses will be based in Australia, with group games in Brisbane, Sydney and Adelaide.

The Republic of Ireland, making their tournament debut, are in Group B with co-hosts Australia, Olympic champions Canada and Nigeria.

The Republic will also be based in Australia, with group games in Sydney, Perth and Brisbane.

The tournament begins on 20 July with co-hosts New Zealand taking on Norway in the opening match in Auckland, New Zealand and the final will take place on 20 August at Stadium Australia in Sydney.

Three World Cup participants are yet to be decided and 10 teams will play in the inter-confederation play-off in February to determine who will occupy those spots.

China are ranked 15th in the world and were runners-up in 1999, missing out to the USA, while Denmark were Euros runners-up in 2017, losing to the Netherlands.

England manager Sarina Wiegman said the Lionesses are in an "exciting" group and feels confident her side will progress to the last 16.

"With Denmark we know each other well, some players know each other too. Tactically they are a very good team, always have a clear style of play so exciting to play them.

"It's going to be the same case in the World Cup as in the Euros. Very good opponents, matches are going to be really tight. It should be a great tournament next summer and I hope we'll be successful again." 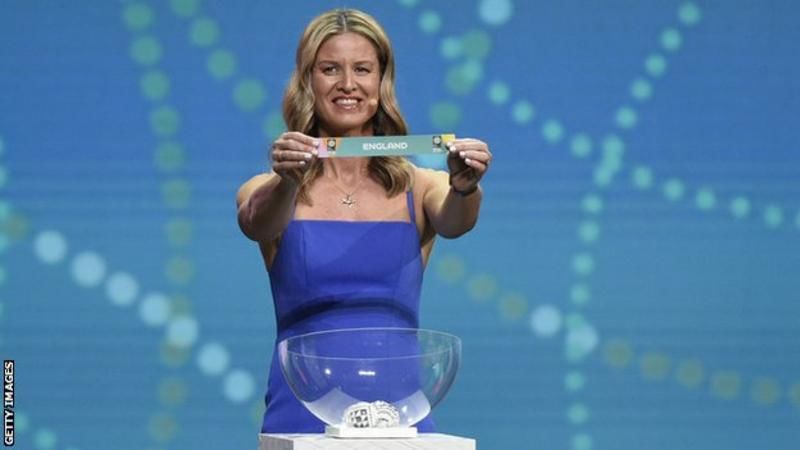 The Republic head coach Vera Pauw said playing Australia in their opening game at the 42,500-capacity Sydney Football Stadium would be "huge", but added that the co-hosts would also be "under pressure".

"We'll enjoy it, we'll embrace it, it's a once in a lifetime opportunity," she told BBC Sport. "It's fantastic and we're going to give them a very good game.

"It is a tough draw but on the other hand everybody can steal points from each other. We'll see how far we get. We're going to prepare very well and we'll be ready, we'll see if it's good enough.

"We are very realistic, we don't expect to win the World Cup. But we are going to embrace all the challenges and all the pressure and we will grow from it - we will not fear it at all."

Reigning champions the USA, who have won the past two World Cups and are going for an unprecedented third, will face the Netherlands in Group E in a repeat of the 2019 final, along with Vietnam and one of Cameroon, Thailand or Portugal.

USA head coach Vlatko Andonovski said he believes his side have the toughest group in what is "probably the hardest tournament ever".

"I think that even though it seems the toughest we're excited because we feel it's the type of matches that will help us stay sharp in the group stage and when we hopefully advance in the tournament," he said.

There are 32 teams taking part, an increase on the 24 that played in the last World Cup in France in 2019.

Of the 32 teams, five will be making their maiden appearance on the world stage - Morocco, the Philippines, the Republic of Ireland, Vietnam and Zambia. 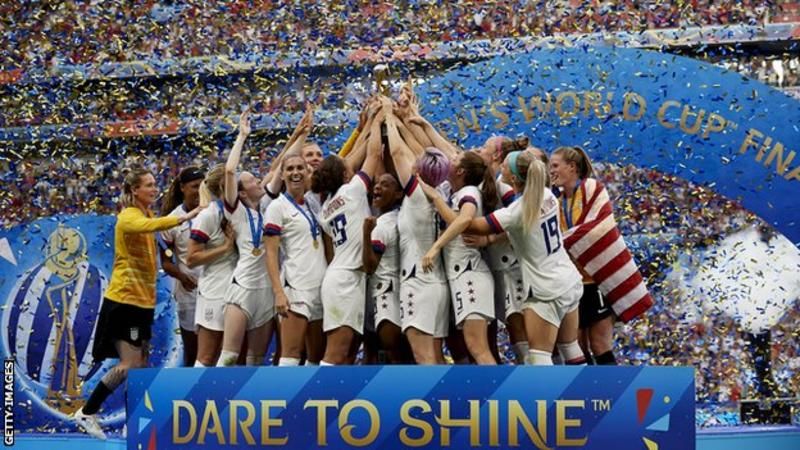 The USA are aiming to win a third consecutive World Cup, a feat no men's or women's team has achieved

When will the other qualifiers be decided?

A 10-team tournament will take place in New Zealand in February 2023 to decide the last three finalists.

The teams will be split into three groups, two of three teams and one of four, with each group playing its own knockout competition.

In the two three-team groups, the seeded team will go straight to the final and meet the winners of the semi-final between the other two sides.

When will England play?

England will begin their World Cup campaign in Brisbane against one of Senegal, Haiti or Chile on 22 July before facing Denmark in Sydney on 28 July and then China in Adelaide on 1 August.

Should they make it out of their group the Lionesses could face the winner or runners-up of Group B in the last 16, meaning they could come up against co-hosts Australia or Olympic champions Canada.

Progression through the last 16 could set up a possible meeting with Germany in the quarter-finals, who England beat in the final of the Euros.

If both England and the USA were to win their groups, they cannot meet until the final. 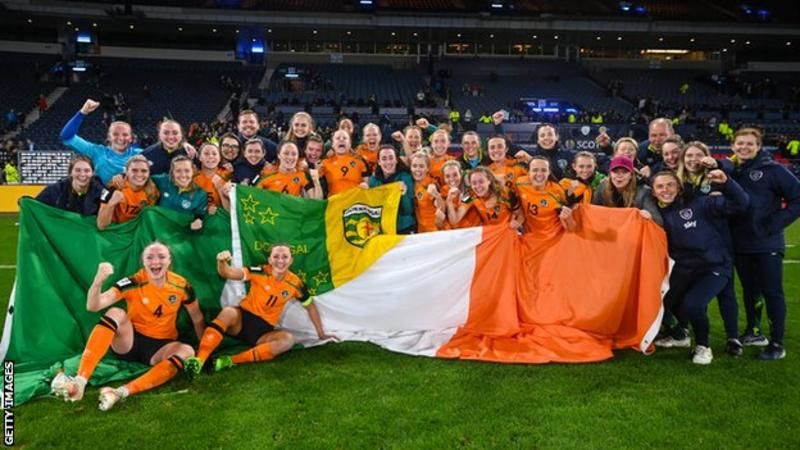 The Republic of Ireland, who beat Scotland to qualify for their first ever World Cup, face a daunting task in Group B, beginning their tournament against the Matildas in Sydney on July 20.

They will the face Tokyo 2020 Olympic champions Canada in Perth on July 26, before taking on Nigeria in Brisbane on July 31.