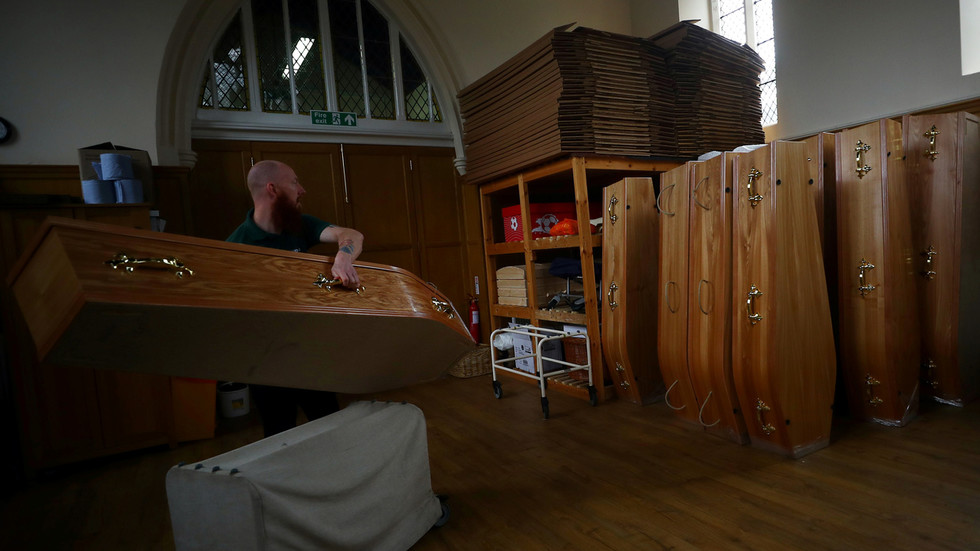 England had highest excess deaths in Europe in first half of 2020, new report reveals

New official UK data shows that England suffered the highest excess mortality rates of any country in Europe during the first six months of the year, as the Covid-19 pandemic wreaked havoc around the world.

A report published by the UK’s Office of National Statistics (ONS) on Thursday revealed that although Spain reached the highest peak, it was England that had sustained the largest overall increase in deaths between January and June 2020.

At the equivalent of local authority level, areas of Central Spain and Northern Italy saw the highest peaks of excess mortality and exceeded all parts of the UK https://t.co/8101z7X4bV pic.twitter.com/O1iv8FZ0Rg

Many scientists see excess mortality figures as the most reliable measure of the relative impact of coronavirus. This is due to countries recording their deaths differently, which may not account for those who die indirectly from the effects of the pandemic – such as delayed access to healthcare.

By the week ending May 29, the cumulative death rate in England was 7.55 percent higher than the average death rate for the same period between 2015 and 2019. Spain was ranked second at 6.65 percent, followed by Scotland (5.11 percent), Belgium (3.89 percent) and Wales in fifth with 2.78 percent.

The latest UK government figures show that England has suffered over 41,300 coronavirus-related fatalities since the start of the pandemic, with the UK as a whole recording close to 46,000 deaths.

The sobering analysis comes after UK Health Secretary Matt Hancock warned that a second wave of the deadly Covid-19 virus was “starting to roll across Europe” and must be stopped from reaching Britain’s shores.