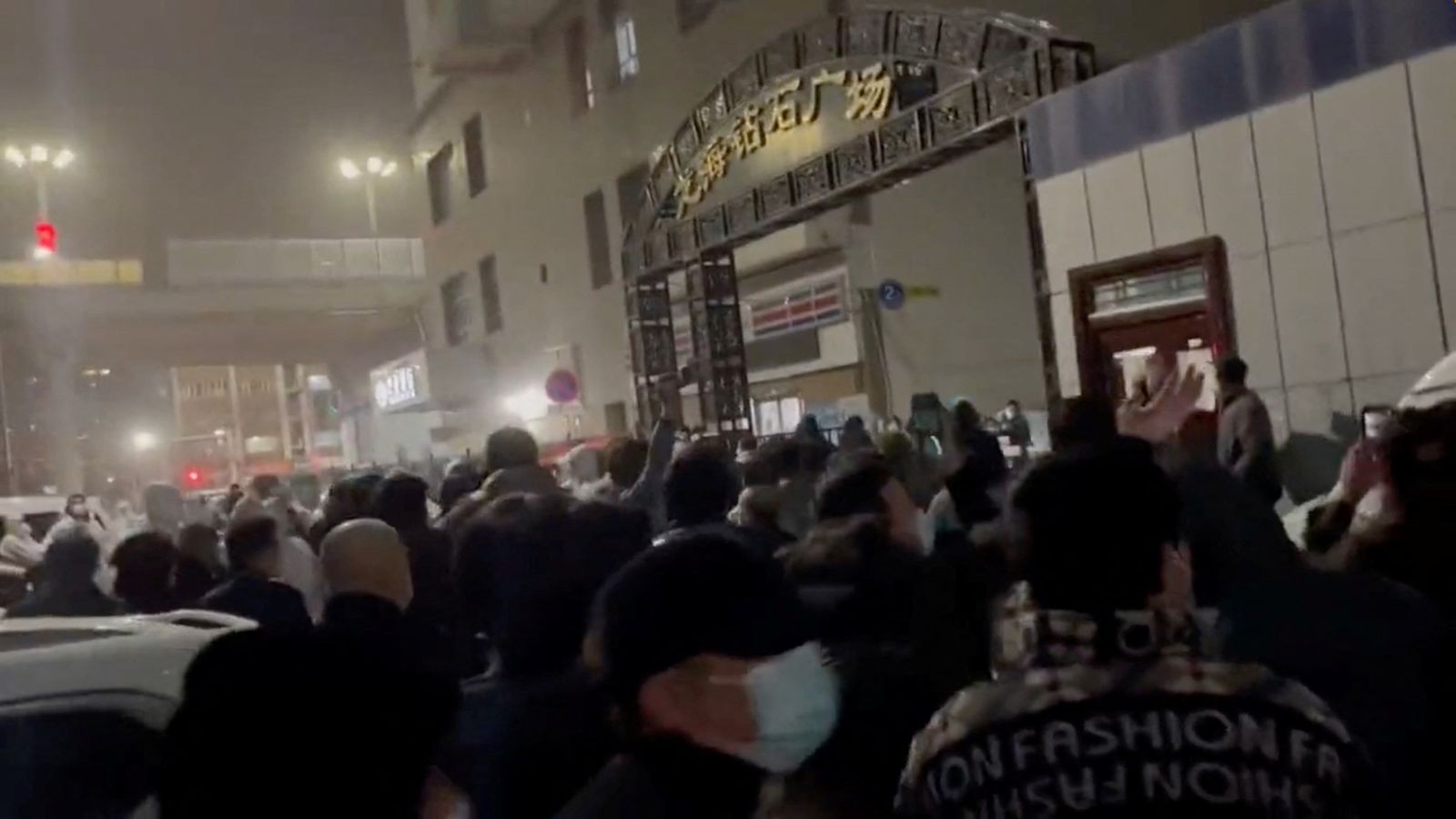 Huge protests have broken out in China's Xinjiang province after 10 people were killed in an apartment building fire amid strict COVID lockdown restrictions.

Xinjiang, home to China's persecuted Uyghur minority, has experienced some of the country's longest lockdown restrictions, with reports of people left starving earlier in the year.

Many of the capital's four million residents have been unable to leave their homes for the past 100 days as Beijing pursues its "dynamic zero COVID" policy.

Following the blaze, which spread from the 15th to the 21st floor, people took to the streets and chanted "end the lockdown".

Videos circulating on Chinese social media showed residents shouting at officials in hazmat suits and singing a lyric from the national anthem: "Rise up, those who refuse to be slaves!" 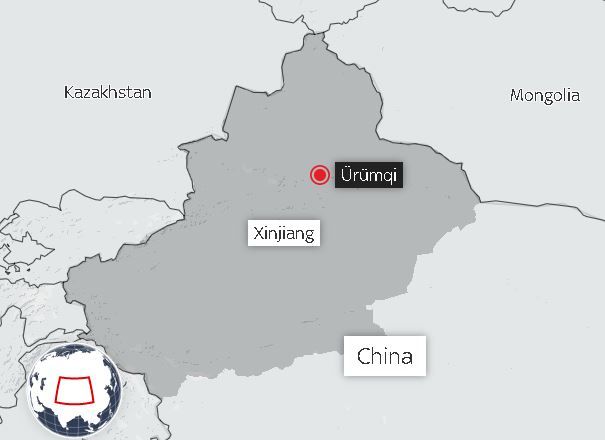 Local officials held an impromptu news conference on Friday to deny claims rescue efforts at the apartment block were hampered by part of the building being under strict lockdown.

They said people were told to go to the ground floor and promised to investigate what happened.

Videos circulated on social media showed an arc of water from a distant fire truck falling short of the fire, sparking waves of angry comments online.

Some said fire engines had been blocked by pandemic control barriers or by cars stranded after their owners were put in quarantine, but the reason why the truck was far away was unclear. 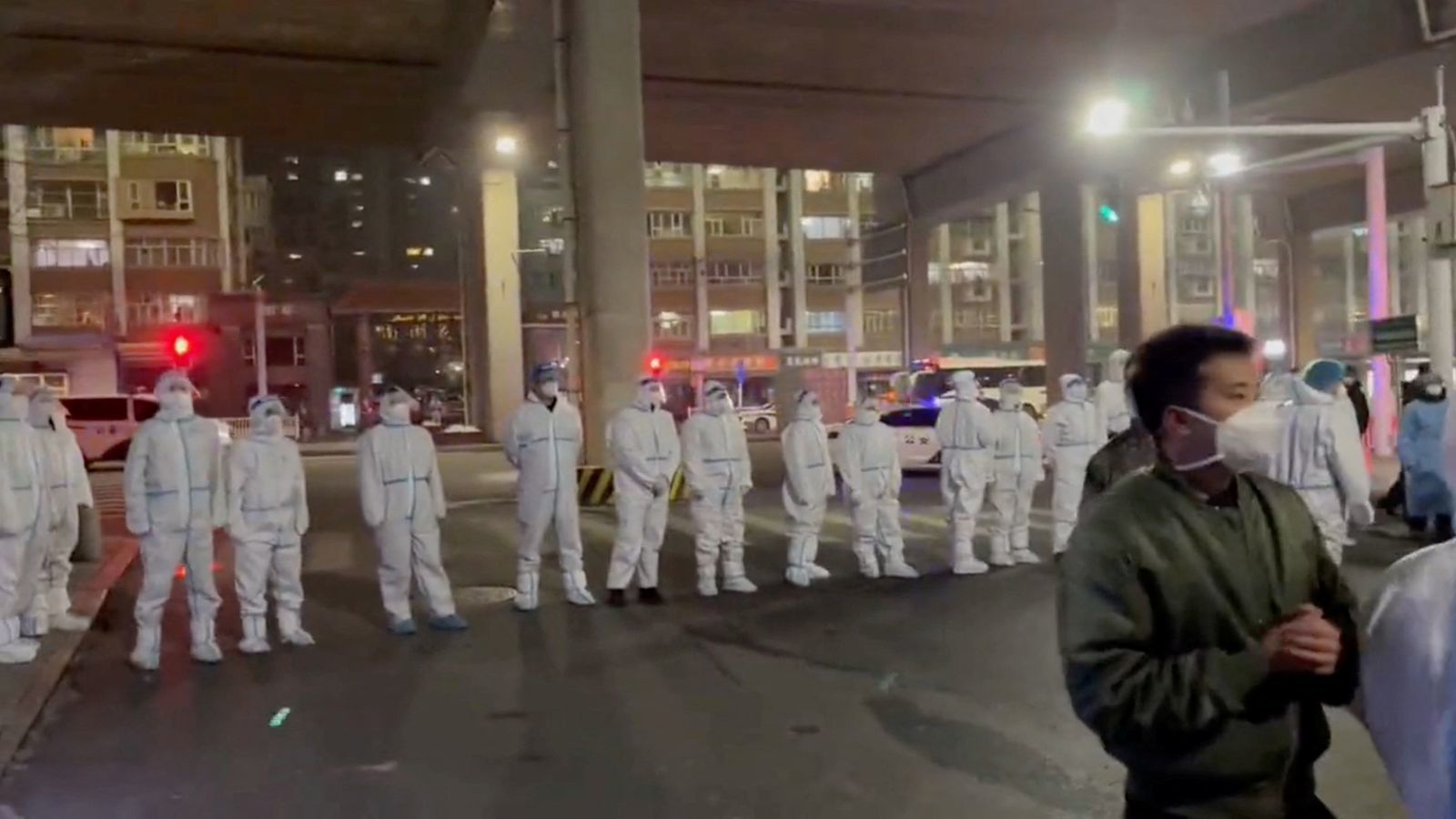 Officials in hazmat suits line up in Xinjiang to quell protests

Shanghai and Beijing under new restrictions

In recent weeks the Chinese government has said it is easing strict COVID restrictions across the country.

But both Shanghai and Beijing have since tightened requirements for entering most public places - insisting on negative COVID tests within the past 48 hours.

Many have argued these are effective lockdowns, with officials pretending to relax the rules to help ease tensions.

In another part of the country there have been mass walkouts at the world's biggest iPhone factory for fear of on-the-spot quarantines.

President Xi Jinping's administration continues to stand by the zero COVID policy, despite internal unrest and damage to the domestic and global economy.