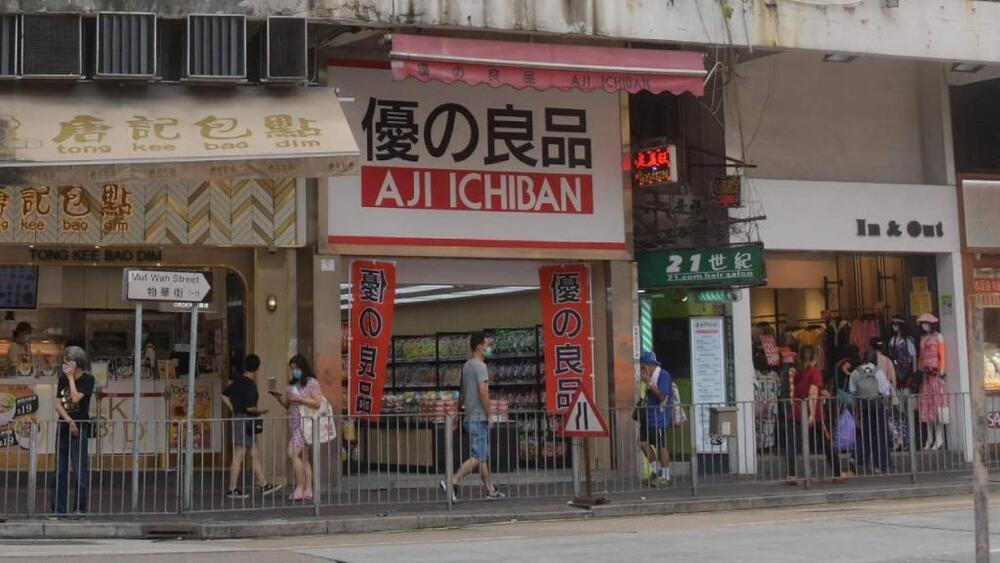 Empty shelves, inactive website and phone numbers have sparked rumors that Aji Ichiban, a local snack store, is in the process of closing its doors.
A netizen posted on social media saying that the shelves in an Aji Ichiban store were empty.

The Tsuen Wan Market Street branch was seen with closed gates at around 8pm Monday, which was well within its opening hours. It was unclear whether the branch had closed down. Meanwhile, the Sha Tin MTR station branch had emptied its shelves.

Another Facebook page claims that one branch has confirmed that Monday was their last working day.

The store’s website only showed its logo and language options, with no other content. The website’s contact page was available as a Google search result, but other menu options linked to blank pages.

Calls to Aji Ichiban branches in Kwun Tong, Sha Tin, and Tai Wai, as well as headquarters phone numbers were not answered.

According to social service organisation Link Support, family members of inmates have been buying dried meat snacks through Aji Ichiban stores. But staff have recently reported to Link Support that the store may be facing complete closure, according to local reports.

Established in 1993, Aji Ichiban is one of the largest snack food franchises in Hong Kong. Despite having the Japanese alphabet in its name, it is not a Japanese franchise.

Aji Ichiban benefited from Individual Visit Scheme visitors and expanded its business in the 2000s, the prices of products have also increased substantially. It had about 100 shops and over 700 staff in Hong Kong, and more than 150 franchised shops with more than 800 staff covering China, Canada, Philippines and the US, as Aji Ichiban mentioned on its facebook page.

A Centaline Property sales director said a 800-square-foot shop owned by Aji Ichiban on the ground floor of Po Foo Building, Causeway Bay has successfully been rented for HK$130,000 a month after less than a month of posting.

Although the rent was 13 percent lower than the initial price marked at HK$150,000. Given Aji Ichiban bought the property at HK$75 million in 2007, the rental return is 2.08 percent.
#Facebook
Add Comment