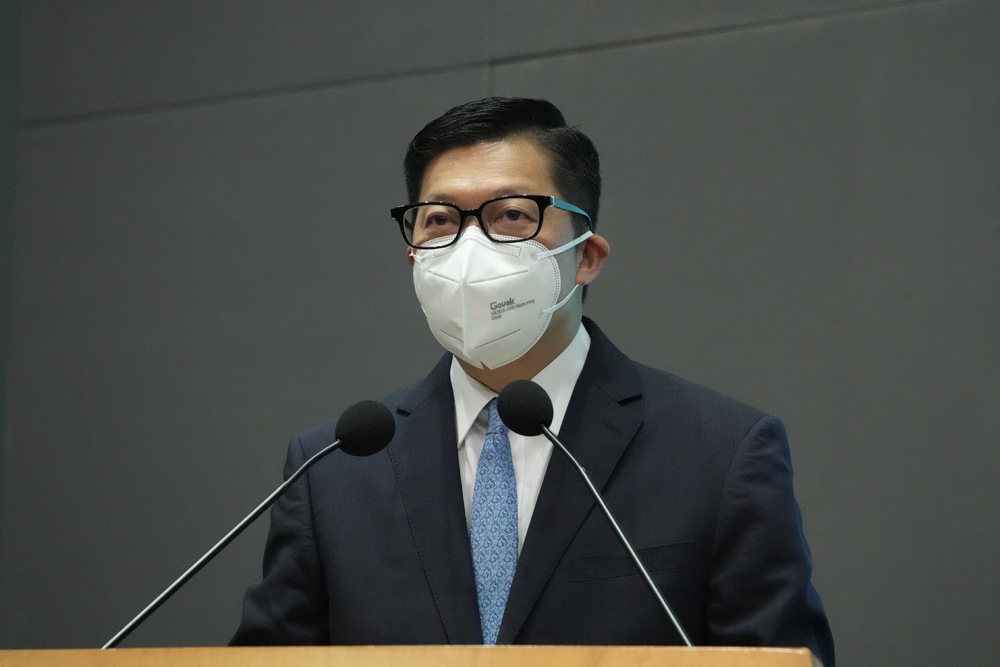 Emergency alert not activated as only some areas affected by blackout

Activating the city-wide emergency alert system was not an appropriate option as yesterday's blackout only affected some areas in New Territories West, Secretary for Security Chris Tang Ping-keung said on Wednesday.
Yuen Long, Tuen Mun, and Tin Shui Wai were hit by a power outage on Tuesday night after a CPL cable bridge caught fire and exploded, with a section of the bridge snapped.

Responding to criticism of government not activating the HK$150 million alert system, Tang said that only residents in New Territories West were affected and there were many other ways to inform them about the news. Thus, activating the alert system was not the most appropriate option back then.

Still, he stressed the system will be activated if there is any incident that requires all citizens' immediate concerns, for example one that involves radiation.

The system -- launched in November 2020 -- last rang the alert on March 9 to remind citizens not to go to Queen Elizabeth Hospital which was transformed into a Covid-only hospital for the first time ever.

Tang went on to say that police and firefighters found the bridge was not sabotaged after preliminary investigation and believed the fire was not started by some arsonists on purpose. Authorities are still investigating to confirm the actual cause of the fire.

Regarding a series of celebrations on July 1, the security chief said it is still unclear if any state leaders are visiting Hong Kong on the 25th anniversary of the handover. However, he highlighted that preparation works are ongoing and authorities will ensure all activities will be staged safely and orderly.

On another note, lawmaker Chan Siu-hung, who is also CLP's managing director in China, said the power firm is also investigating the cause of the fire, reasons for the cables' technical issues, backup power supply, and improvement measures.

He apologized to affected citizens and stressed the power outage remains a rare incident.

As for any possible public services disruption in the future, Chan suggested setting up guidelines to improvise and strengthening citizens' education and drills on such emergencies.
#Covid
Add Comment