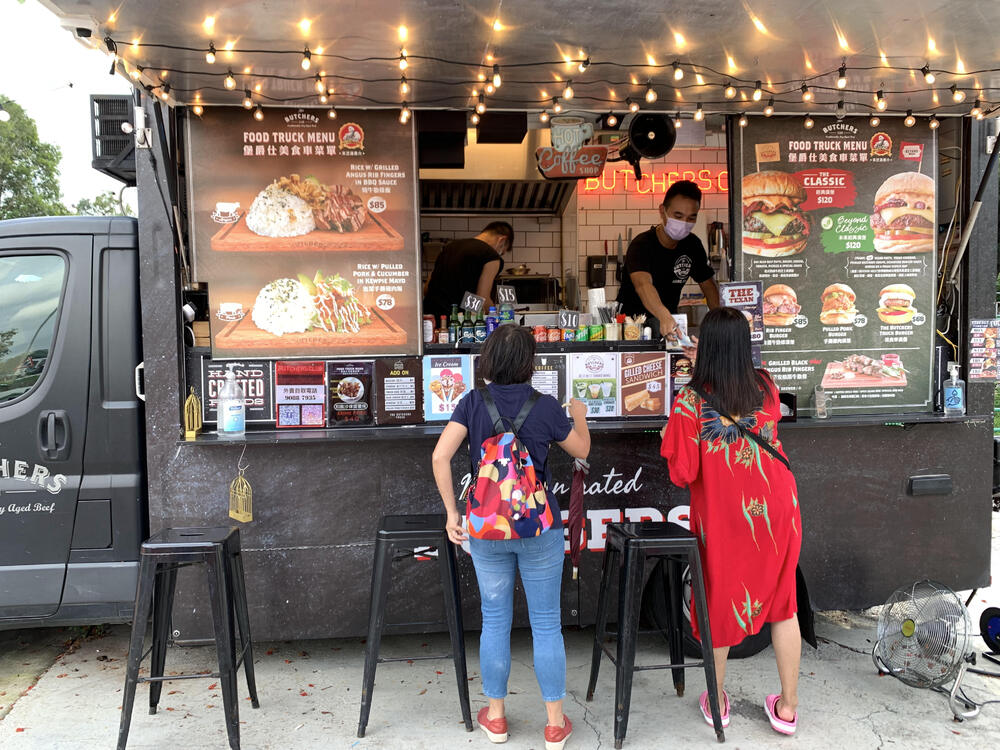 The food truck program will come to an end on June 1, 2022, leaving operators in frustration as they has seen business gone up recently.
The program debuted in 2017 after then Financial Secretary John Tsang Chun-wah raised the idea in his budget back in 2015. Tourism Commission announced on Thursday it will end the program after an evaluation of its effectiveness.

"Its development has not been able to achieve the policy objective of tourism promotion. The government finally decided to end the scheme but will extend it for about four months until June 1, 2022, to allow the operators sufficient time to make their corresponding arrangements," a spokesperson for the Tourism Commission said.

However, the project only made any headway in the first year after its launch, with the Tourism Commission spokesperson saying that the scheme "... deteriorated continuously in the subsequent two years and fell to its lowest level in the first half of last year due to the double blow of the social unrest in 2019 and the Covid-19 pandemic."

The Food Truck Pilot Scheme was extended twice, the last time until February 2022, and received much government support, including the introduction of new operating venues and even rental concessions.

Between January 2020 and May 2021, the food trucks only earned about HK$2.7 million in total. The average gross monthly revenue of operating food trucks hit its lowest at HK$35,000 when the city was in the throes of the pandemic's third wave between July and September last year.

But operators offered a different picture, saying business has picked up recently.

The operator of food truck Book Brothers said: "The government did not consider our investment before terminating the food truck pilot scheme. We didn’t even have the chance to voice our opinions before they made the decision.”

Mostly stationed at the Hong Kong Disneyland, Cheung said he has been serving local customers despite a lack of tourists. He added that all the investment made may go down the drain if the commission put a brake on the scheme.

Leo Choi, owner of another food truck,The Butchers Truck, said he was surprised by the decision as his business revenue has reached a record high recently, making almost HK$60,000 each day.

“They are giving us extra few months to make arrangements but they are not offering any settlement, which is not helpful at all,” Choi said.
#COVID-19  #Covid
Add Comment