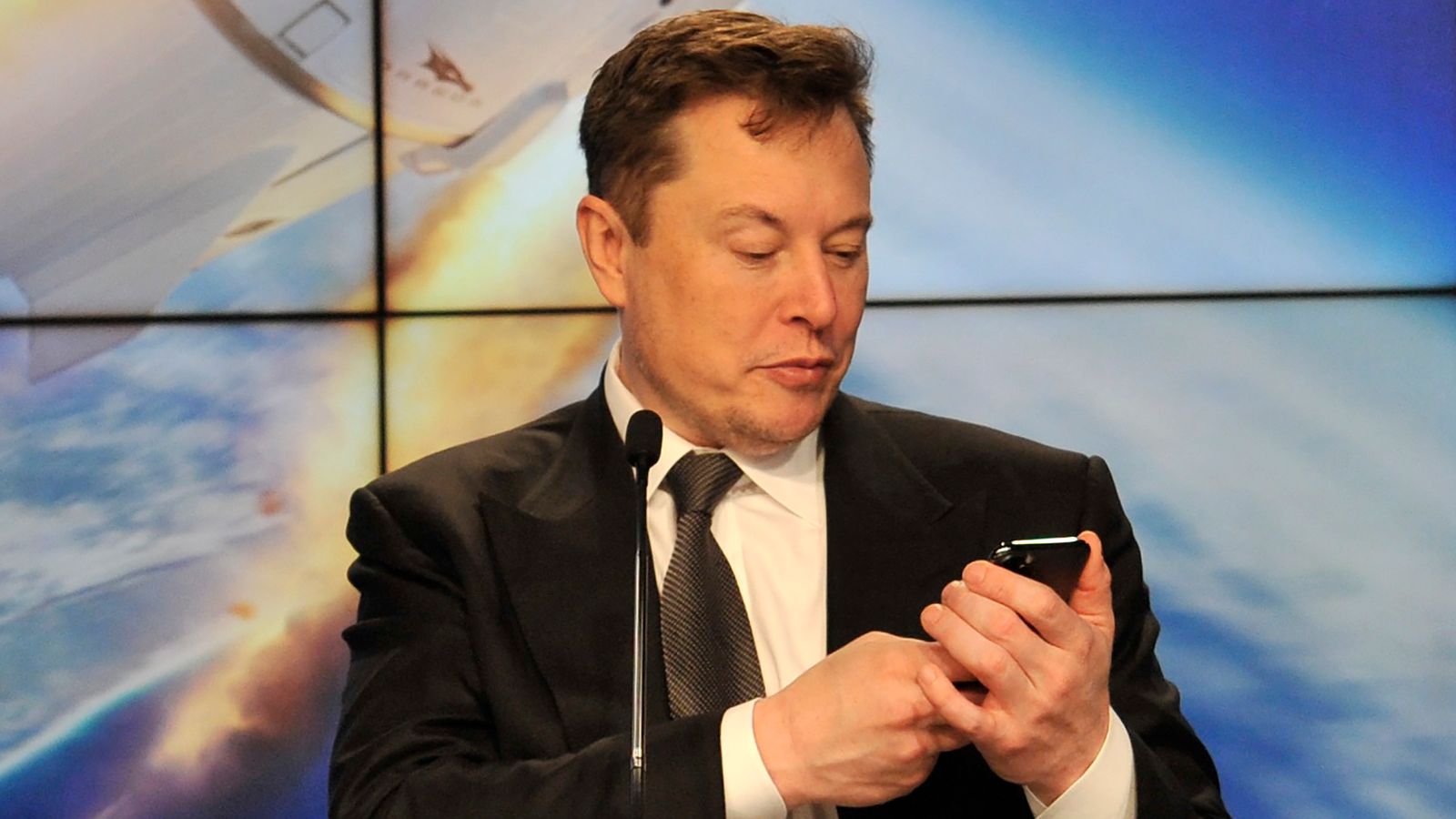 Elon Musk to get Twitter board seat after becoming biggest shareholder

The appointment comes after the billionaire entrepreneur and meme poster asked Twitter users whether they wanted an edit button for tweets.

Elon Musk has been given a seat on Twitter's board after becoming the company's single biggest shareholder.

The company has informed the US securities regulator that he will join the board as a Class II director.

Shares in the platform surged by a quarter after it was revealed he had bought a 9.2% stake worth almost $3bn, meaning his investment immediately increased by more than Twitter has ever recorded in profits.

The billionaire entrepreneur and meme poster has celebrated the investment by polling users to ask if they wanted an edit button.

It is not clear whether the poll was a genuine request for policy feedback or simply a joke. The poll's options - "yse" and "on" - were typos for "yes" and "no".

As of publication almost three-quarters of the 2.4 million respondents had voted "yse".

Twitter's new chief executive, Parag Agrawal, quoted the post and said: "The consequences of this poll will be important. Please vote carefully." It is unclear whether he was serious.

The immutable quality of posts on Twitter has been a hallmark of the platform ever since its launch in 2006 despite recurrent if muted requests for change.

Mr Agrawal added, of Mr Musk's appointment to the board of directors: "Through conversations with Elon in recent weeks, it became clear to us that he would bring great value to our Board.

"He's both a passionate believer and intense critic of the service which is exactly what we need on Twitter, and in the boardroom, to make us stronger in the long-term. Welcome Elon!"

Mr Musk responded: "Looking forward to working with Parag & Twitter board to make significant improvements to Twitter in coming months!"

The billionaire's investment followed criticisms of Twitter's approach to free speech, after he claimed he was giving "serious thought" to building a new social media platform.

His stake is considered a passive investment which signals he has no demands on a larger slice of the company - although analysts have cautioned it could ultimately lead to Musk becoming more involved with the running of the business.

Musk's use of Twitter has got him into trouble in the past.

He is locked in a legal battle to free himself from the constraints of a deal he made with US regulators in 2018, an agreement that forces him to have his tweets about Tesla pre-approved by a lawyer to avoid breaking rules around the disclosure of market-sensitive information.

The billionaire had signed an agreement with the US Securities and Exchange Commission (SEC) after he claimed, in a tweet, he had secured funding to take the company private at $420 (£325) a share.

But the billionaire now argues he was coerced into signing the agreement, officially known as a consent decree, due to "the SEC's unrelenting regulatory pressure", according to a court filing.

Musk's legal team has accused the body of trying to curtail his right to free speech.