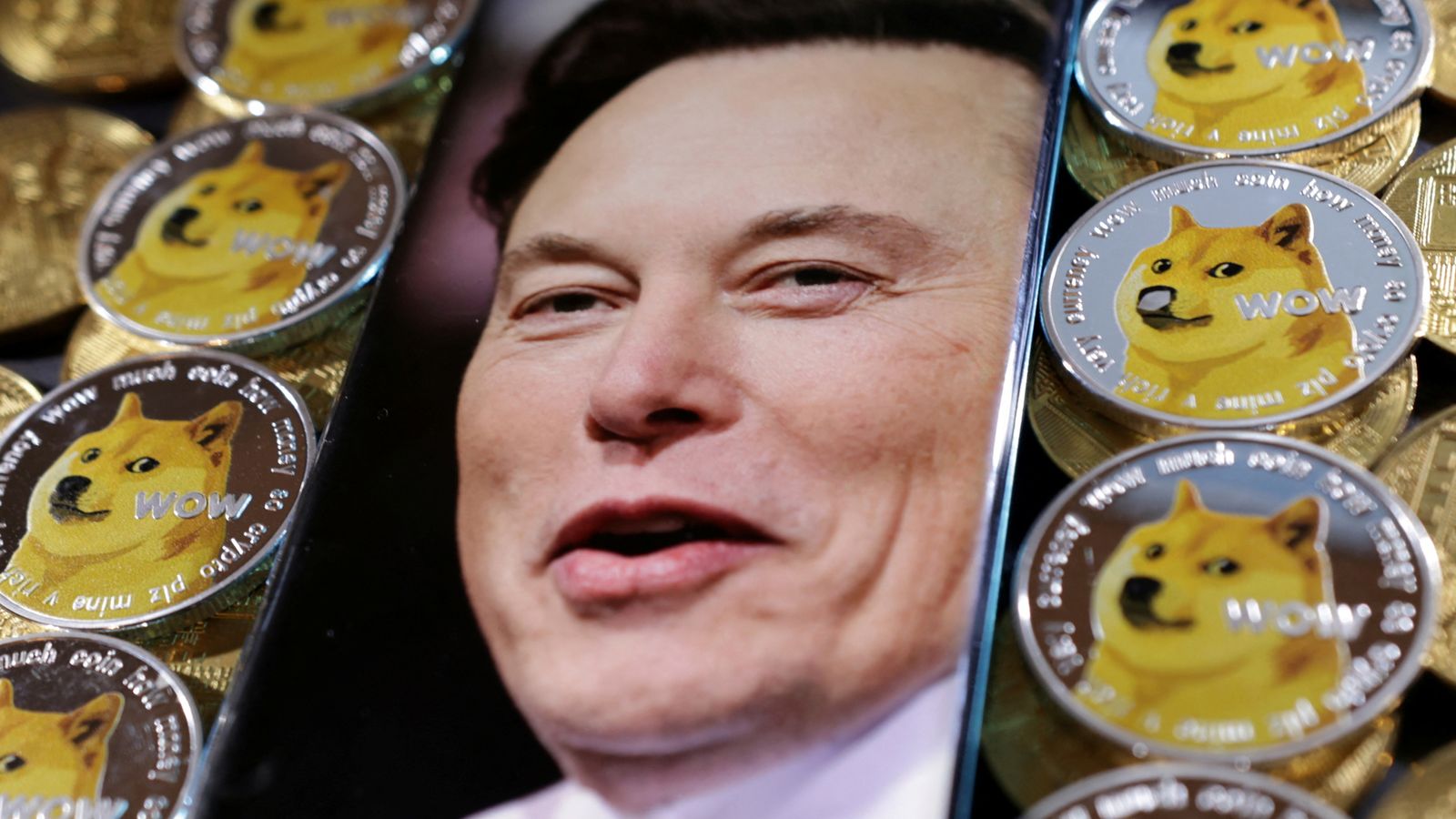 The world's richest man - alongside Tesla and SpaceX, the companies he is CEO of - are accused of "promoting Dogecoin to profit from its trading".
Elon Musk is being sued for $258bn (£209bn) over accusations he ran a pyramid scheme to promote a cryptocurrency called Dogecoin.

The digital asset was launched as a joke in 2013 and was designed to mock Bitcoin.

But the cryptocurrency - also known as DOGE - hit the headlines after surging dramatically last year.

Musk regularly tweeted about DOGE during this period, and on the day the coin began to fall, he described it as a "hustle" on the US comedy show Saturday Night Live.

Dogecoin has fallen dramatically over the past year - and at the time of writing, it has fallen 92% from the record high seen last May.

The world's richest man - alongside Tesla and SpaceX, the companies he is CEO of - are accused of "promoting Dogecoin to profit from its trading".

A complaint filed in a New York court adds: "Musk used his pedestal as the world's richest man to operate and manipulate the Dogecoin pyramid scheme for profit, exposure and amusement."

Musk is being sued by an American man called Keith Johnson, who alleges he was "defrauded out of money" as a result of the entrepreneur's endorsements.

Mr Johnson's lawyers assert that the cryptocurrency "has no value at all" - and court filings feature quotes from billionaires Bill Gates and Warren Buffett, who have both questioned the value of such digital assets.

The plaintiff wants to represent those who have lost money through Dogecoin since 2019.

Beyond his demands for $258bn in damages, he also wants Musk, Tesla and SpaceX to be banned from promoting DOGE.

Earlier this year, Tesla began accepting Dogecoin as a payment method for merchandise - but not its electric cars.

Elon Musk - who is currently in the process of taking over Twitter - is yet to comment on the lawsuit.
#Bill Gates  #Elon Musk  #Johnson  #Tesla
Add Comment