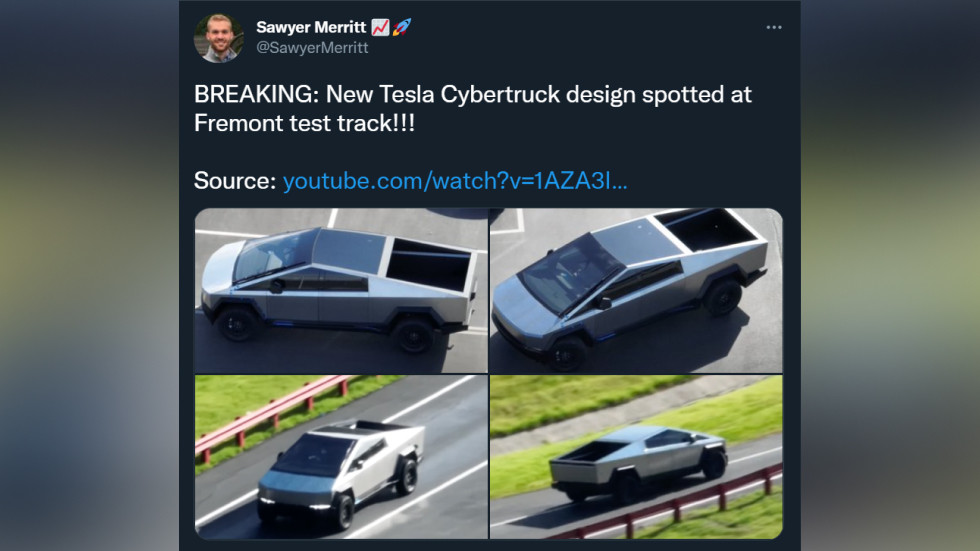 The surprisingly big windshield wiper seen on a prototype of Tesla’s futuristic truck is not going anywhere, even though Elon Musk is not exactly thrilled about the feature.

Tesla’s elusive Cybertruck was caught on drone footage on Friday during a test drive at the company’s plant in Fremont, California. And those hoping for a truly futuristic design were in for a bit of a disappointment, as the prototype vehicle featured some all too familiar devices: Side mirrors and a windshield wiper.

To make matters worse, the latter is significantly bigger than those seen on modern-day cars. Social media users were quick to deride the wiper as “comically large,” – something that did not escape Elon Musk’s notice, who, instead of jumping to the Cybertruck’s defense, admitted that the “wiper is what troubles [him] most.”

Tesla’s CEO went on to say that he saw “no easy solution” to the problem. A “deployable wiper that stows in front trunk,” which Musk sees as an ideal alternative, would admittedly be too “complex.” The company, however, is working on an ‘electromagnetic wiper’ to go with the Cybertruck, according to Electrek, a news website devoted to electric cars.

As for the side mirrors, car manufacturers by law are simply not allowed to remove them, Musk said. However, the future owners are free to “modify their cars.”

Tesla’s Cybertruck first saw the light of day in November 2019, with its rough, futuristic looks instantly attracting a lot of attention. What was shown back then, however, was a crude prototype, and keeping the vehicle’s massive windshield clean was apparently the least of Tesla’s concerns, so the truck had no wipers at all, nor side-view mirrors.

But with the actual production, slated to begin in 2022, just around the corner, a number of compromises had to be made, which may seem to some as taking away from the original idiosyncratic design. Some other notable changes include a rounder front end and new set of headlights.

According to Tesla’s website, the all-electric, battery-powered truck’s exterior is a “nearly impenetrable exoskeleton” that is designed for “ultimate durability and passenger protection.” The Cybertruck is also said to feature ‘armor glass’, though during the vehicle’s unveiling in 2019, the prototype’s windows shattered when a metal ball was thrown at them. Tesla later explained that the base of the glass had already been damaged in a previous crash-test involving sledgehammer blows to the door. On top of these issues, some safety experts have warned that the Cybertruck’s rugged exterior design could pose greater risks to pedestrians if hit by the vehicle.