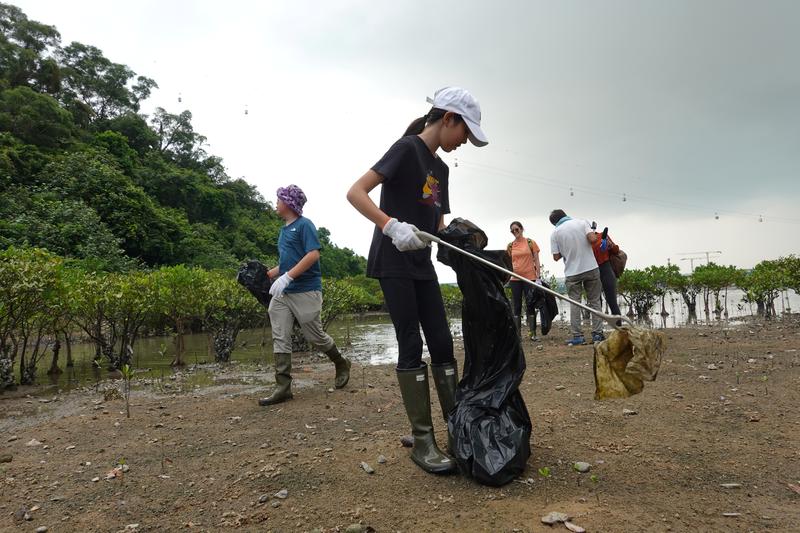 Lance Lau, an 11-year-old Hong Kong climate activist, has been called the Chinese territory's answer to Greta Thunberg.
Before his school shut down due to the COVID-19 pandemic, Lau would get to school an hour early every Friday to take time to talk to fellow pupils and their parents about what he describes as an irreversible climate crisis.

Outside the school gates, the bespectacled student would discuss issues including Australia’s recent bushfires to melting icebergs.

This week he was back after the school reopened, taking a stand outside the building before organizing a beach cleanup as part of broader climate action by young people around the world.

“If we don’t take action now, humanity is just not going to exist very soon,” he told Reuters.

On weekends Lau goes to shopping malls with his mother to speak to residents and advocate for change.

“No one is too small to make a difference. We can all start taking action now.”

On a marshy beach opposite the city’s international airport, groups of students wearing masks chanted and waved banners with “school strike for climate action”.

While the government has relaxed some coronavirus measures, all public beaches remain shut and gatherings are limited to four people.

Masks remain compulsory in most circumstances, and a surge of discarded pieces around the city has led environmental groups to warn of a growing threat to marine habitats and wildlife.

In October, teams of outdoor enthusiasts will embark on the “Adventure Clean Up Challenge” in the former British colony that will see them swimming, climbing and kayaking around the island to collect the trash.
#COVID-19  #Covid  #Coronavirus
Add Comment