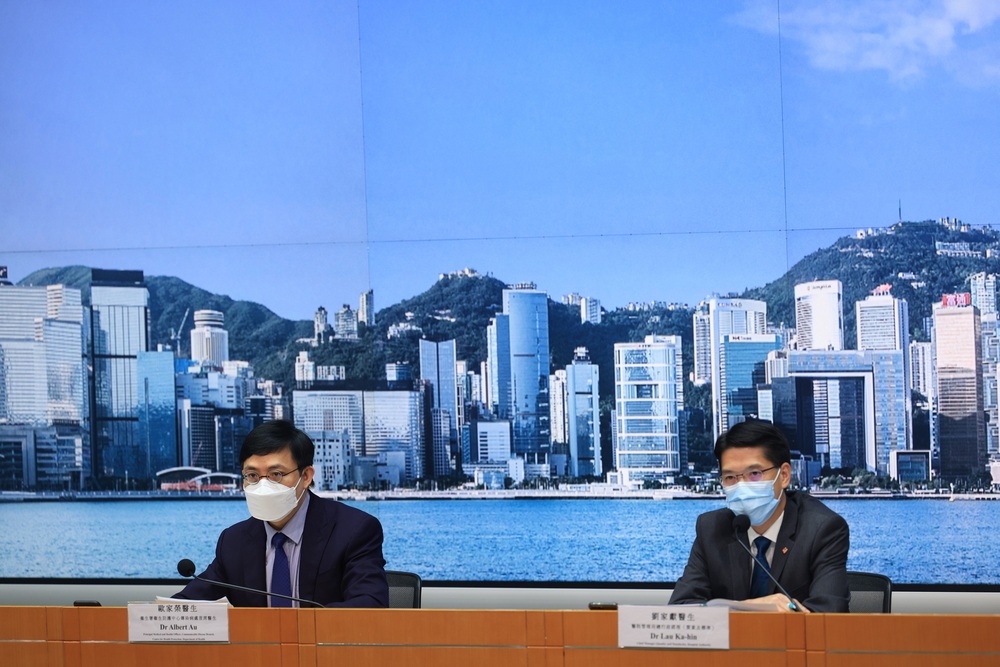 Elderly urged to get all three Covid jabs as HK sees 5,757 new cases

Health authorities called on elderly people to get fully vaccinated and seek medical attention as soon as possible after contracting Covid, as the city counted 5,757 new cases on Wednesday.
Among the new cases, 5,563 were locally transmitted, including 2,167 confirmed via PCR tests and 3,396 verified positive RAT test results, according to the Centre for Health Protection's principal medical and health officer Albert Au Ka-wing.

Au also counted 194 imported cases from 43 countries. Eighty-nine cases were identified at the airport, 54 cases in quarantine hotels, and 51 cases in community testing centers. Five countries – Thailand, the UK, the US, India, and the Philippines – each imported more than 10 cases.

Three elderly homes and a care center for the disabled were hit by Covid, involving 10 residents and two workers. A total of 94 residents were listed as close contacts and ordered to undergo quarantine.

He urged the elderly to get the jabs as soon as possible and to seek medical attention if they contracted the coronavirus. He added elderly aged 60 or above can still be prescribed the oral drugs even if they remain asymptomatic.

The four deceased patients involved two men and two women aged 52 to 96. Three of them had yet to receive their third Covid jab, including a 52-year-old woman. She suffered from lung cancer and tested positive on August 3 as she sought help at the hospital's emergency room.

She was prescribed oral Covid drugs and admitted to Haven of Hope Hospital on August 11 for her cancer treatment. She eventually passed away yesterday (Tue).

Lau appealed to cancer and chronic disease patients that they, more than anyone, should receive the vaccination to better protect themselves because of weakened immune systems during chemotherapy.

Lau continued that a two-year-old boy, previously in critical condition, is now in stable condition, while another five-year-old girl in Tuen Mun Hospital is still fighting for her life.

Public hospitals and treatment facilities are now housing 1,875 Covid patients. Among them, 32 are in critical condition, 33 are in serious condition, and 10 are in hospital intensive care units. In the past 24 hours, 206 patients have recovered, and 172 have been discharged.
#Coronavirus  #Covid
Add Comment