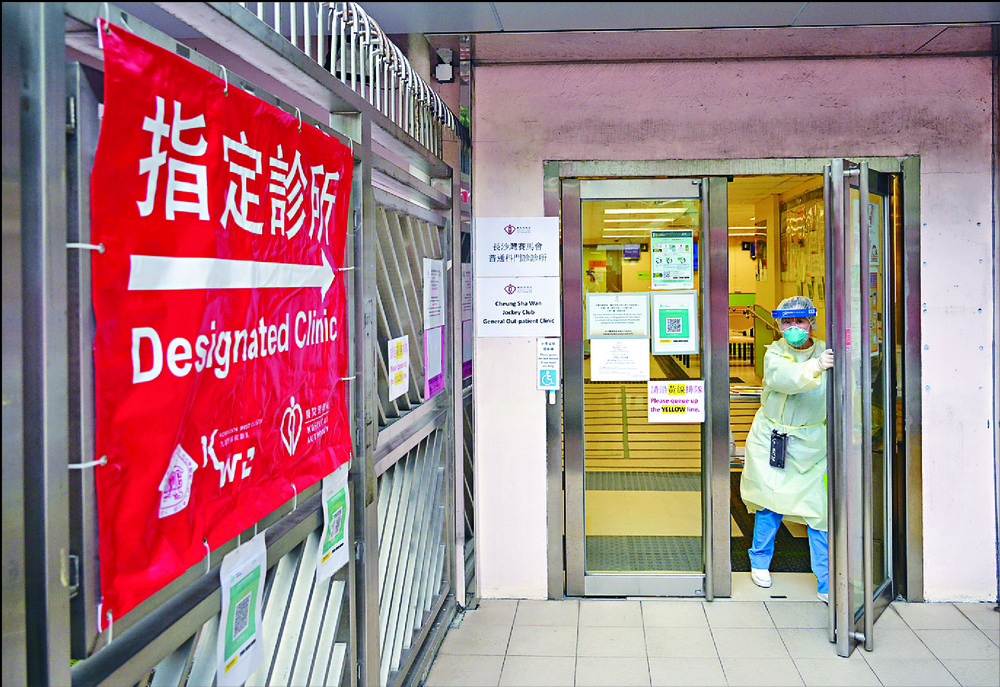 The Hospital Authority said the eight designated clinics - two on Hong Kong Island, three in Kowloon and three in New Territories - will be closed for disinfection today. They will begin providing general outpatient services from tomorrow.

Meanwhile, University of Hong Kong microbiologist Ho Pak-leung said the government should shorten the interval between the second and third doses of the Covid jab from six months to three to boost the jab rate.

Separately, a team led by Chinese University respiratory expert David Hui Shu-cheong found people gain a higher level of Covid antibodies from taking one jab after infection compared to those who get three jabs of the same vaccine and are not infected. The team conducted a study of 120 people from February 2020 to November last year to understand the effects of the Omicron variant BA.2 on people receiving different vaccines.

Chuang said authorities have completed tracking of all 190 people who dined at the restaurant on May 1, including three who were not in Hong Kong.