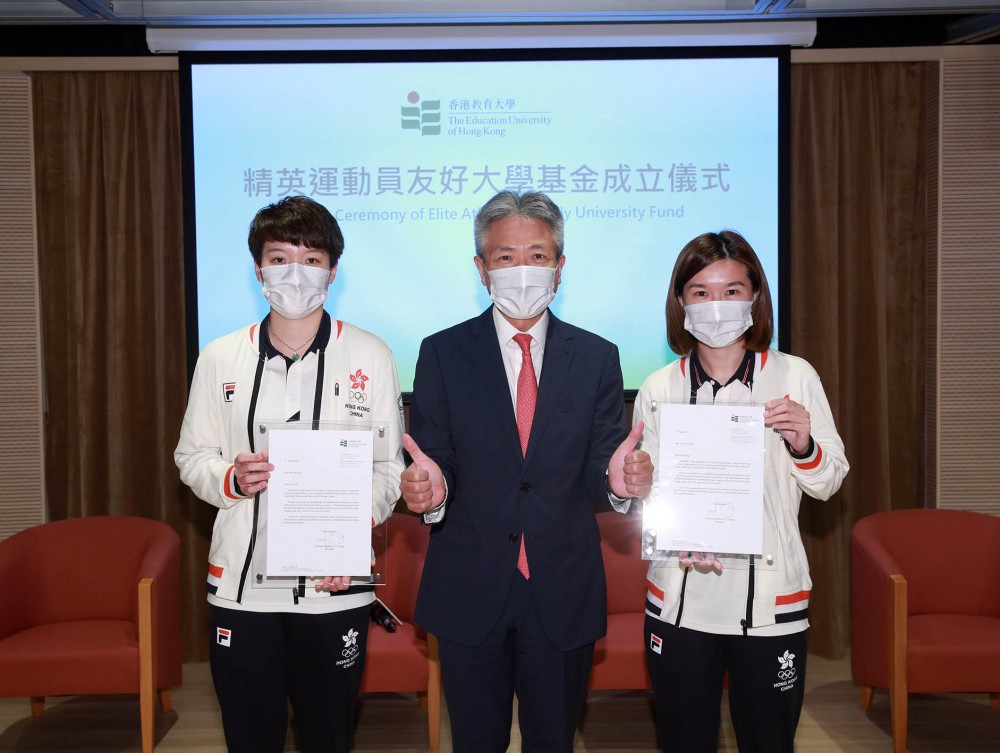 Cheung believed university education will benefit them in their pursuit of future career paths.

“As President, I am pleased to see the many achievements of EdUHK’s elite athlete students and graduates after retiring from sport. Perseverance has made them successful in their different endeavours, which include sports coaching and promotion, entrepreneurship, university teaching, and furthering their studies,” he added.

Since 2010, the university has admitted close to 100 elite athletes to its different academic programmes, especially the Bachelor of Health Education (Honours) programme.

In 2014, EdUHK was the first UGC-funded institution to sign a collaborative agreement with Hong Kong Sports Institute which introduced a special admission scheme for athletes who have retired or are planning to retire.
Add Comment