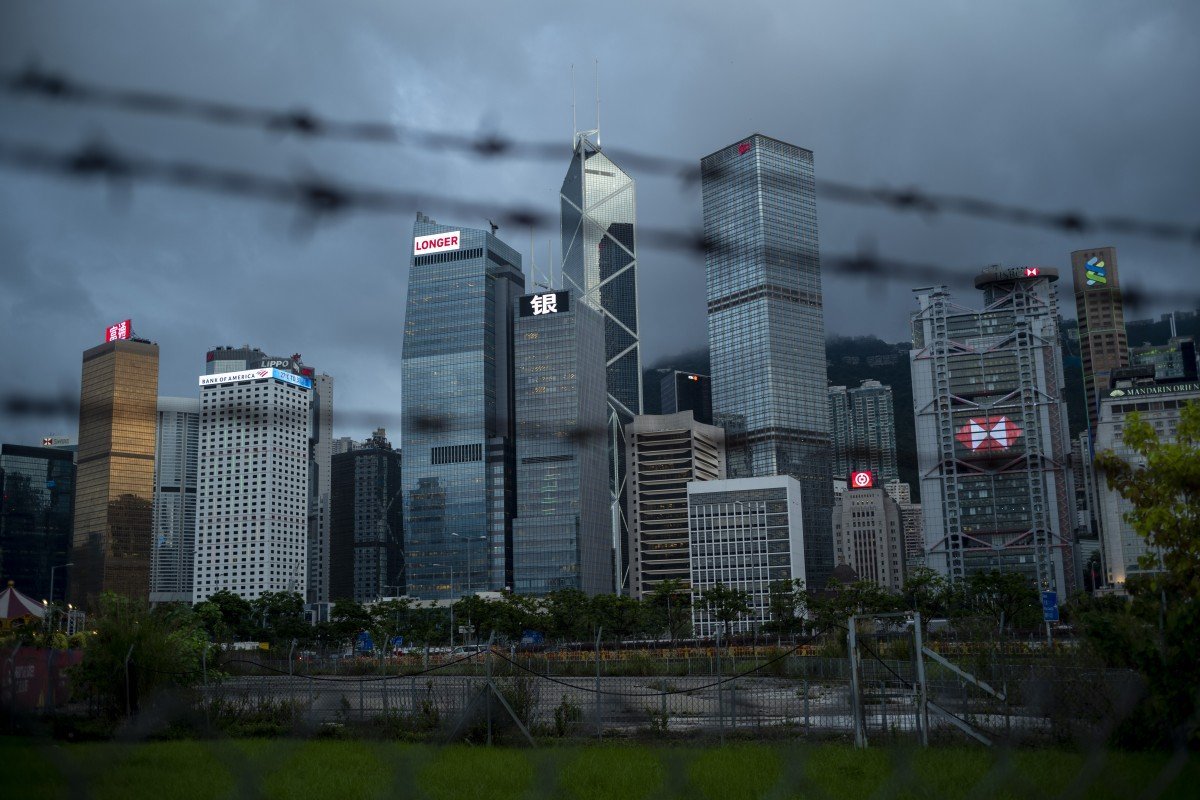 City’s trade with US is small, but some warn White House moves could reduce its importance as a financial centre. Markets shrug off White House address, but questions about export controls, trade tariffs and enhanced financial oversight loom large

US President Donald Trump’s announcement on Friday that he plans to begin stripping Hong Kong of its special trading status left many important questions about the city’s future as a financial and commercial hub unanswered.

Hong Kong officials played down the impact of Trump’s vow “to revoke Hong Kong’s preferential treatment as a separate customs and travel territory from the rest of China”, noting the city’s direct trade with the US is only a very small part of its economy.

While Trump said it would affect “the full range of agreements” the US had with Hong Kong “with few exceptions”, he did not set a timeline, nor did he announce specific details as to which economic privileges would be removed, leaving uncertainty over what the US would actually do.

“This is definitely not positive, but we do not have the full details yet,” said John Marrett, a senior analyst covering Hong Kong at the Economist Intelligence Unit. “There were more details on other aspects such as visas and immigration. We will have to wait and see if his bark is worse than his bite.”

With Hong Kong mainly serving as an entrepôt for the mainland Chinese market, direct trade in goods forms only a minor part of the economy. Its own manufactured goods could be subjected to US trade war tariffs, but the effect would be minimal.

“We have been preparing for all the different scenarios,” said Hong Kong Finance Secretary Paul Chan Mo-po, adding that revoking the city’s special treatment status would have little impact as the local economy was dominated by the services sector.

The tariffs would affect only locally made products exported to the US, which accounted for less than 2 per cent of Hong Kong’s manufacturing and less than 0.1 per cent of its overall exports, he said.

“Our special treatment status in trade is entrusted by the Basic Law. The law permits Hong Kong to join the WTO as Hong Kong, China, showing that the SAR’s independent tariff zone is granted by the mainland, not by any foreign country,” Chan said.

Questions remain as to whether the US can avoid sanctions on the financial sector because of the negative impact it would have on American firms.

Potential controls on access to American tech goods may also damage China’s plan to use Hong Kong as an R&D and financial spoke of its Greater Bay Area blueprint for South China.

“The biggest consequence is that the US decision is accelerating both the demise of Hong Kong’s importance to China and the world, as well as the decline of China’s economy,” said Chen Zhiwu, director of the Asia Global Institute at Hong Kong University.

The removal of Hong Kong as a buffer between China and the West had put two “conflicting regimes” on a collision course, he said.

“When this mitigating role is gone as Hong Kong becomes just another city of China, the clash will be 100 per cent direct and literally face-to-face, which is detrimental to China’s development and undermines its ability to rise, peacefully or otherwise,” he said.

Earlier in the week, sources close to the White House said that revoking Hong Kong’s status was the “nuclear option”, which was on the table but likely to be kept in reserve.

Taken to its full potential, Hong Kong will lose its special customs status, but remain a free port and World Trade Organisation member, meaning it will continue to trade on most-favoured-nation terms with the United States.

“The US’ move to discontinue the separate trade status is more significant in the context of US export controls than it is with broader trade in goods,” said William Marshall, an export controls specialist at law firm Tiang & Partners.

“Hong Kong will be subject to those controls applicable to China, which would certainly negatively impact China's vision for Hong Kong as an R&D hub under the Greater Bay Area plan.”

Analysts do not expect Hong Kong’s US dollar peg to be affected, as the government is sufficiently well armed with US dollars to support it.

“The peg is very unlikely to be in danger. In the short-term, we could see increased volatility in capital flows and the Hong Kong dollar exchange rate against the US dollar, especially if the US government were to take bolder action on Hong Kong’s special status,” said Louis Kuijs, Asia economist at Oxford Economics.

“It is possible to see the HK dollar-US dollar exchange rate to hit the weak side of the trading band as a consequence. However, we think that the peg with the US dollar is unlikely to succumb, given the sheer size of foreign exchange reserves, at US$441 billion in April, is twice the size of the monetary base,” he said.

Crucially, uncertainty regarding the city’s future as a global financial centre could “potentially jeopardise the ability of Chinese firms to access financing and purchase overseas deals” out of Hong Kong, said Carlos Casanova, Asia-Pacific analyst at insurance firm Coface.

About half of China’s total outbound investment flows through Hong Kong, with some of the world’s biggest deals over the past decade financed via the city, which also acts as the largest source of inbound investment to China.

Markets took Trump’s pronouncement in their stride. The Hong Kong dollar strengthened after the announcements, while the Hang Sang futures index was up 0.6 per cent on Saturday morning. Meanwhile, Chinese stocks listed in New York, including Alibaba (which owns the South China Morning Post), Baidu, and JD, all rose in Friday trading.

Tara Joseph, president of the American Chamber of Commerce Hong Kong, said that Trump’s announcement “did not mean US companies will be flipping a switch in Hong Kong and running for the exits”.

“There are many unanswered questions about how the US-Hong Kong special status could be unwound. The more clarity business receives, the more helpful it will be at this challenging juncture,” she said.