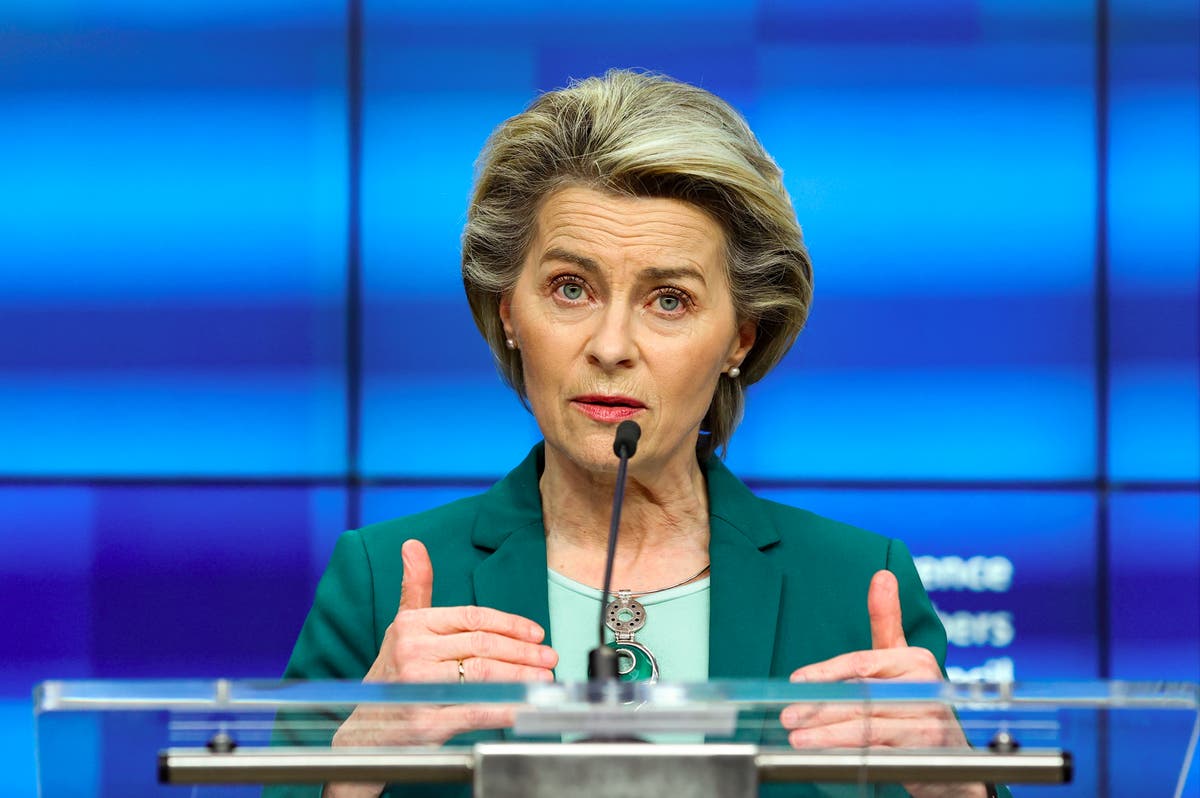 Ursula von der Leyen urged “transparency” from other countries, but did not confirm if the EU would bring in tougher export restrictions on coronavirus jabs, amid a row over supplies with the British-Swedish pharmaceutical giant.

However, she acknowledged that worldwide supply chains needed to remain “intact” for vaccine production, while some European leaders appeared optimistic that the UK and EU could soon resolve their dispute over supplies.

Elsewhere, Boris Johnson sought to calm fears over the possible introduction of coronavirus certificates after publicans criticised his suggestion that it may be up to landlords to decide to request proof of vaccination in venues.

Addressing a Brussels press conference following a meeting of the European Council on Thursday, Ms von der Leyen said she had “no knowledge” of the UK exporting jabs, while 77 million doses had been exported to 33 countries by the EU so far.

It came after the European Commission set out a tougher regime to stem supplies of jabs to nations faring better in the pandemic as the bloc’s states faced a third wave of cases.

Ms von der Leyen told reporters: “Companies have to honour their contract to the European Union before they export to other regions in the world. This is of course the case with AstraZeneca.

“I think it is clear that the company (AstraZeneca) has to catchup and honour the contract it has with the EU member states before it can engage again in exporting vaccines.”

She added: “We have worldwide supply chains that have to be intact and it is of the utmost importance that we get back to an attitude of openness.”

Asked about how many vaccines the UK had exported, Ms von der Leyen told reporters: “I have no knowledge so far of UK exports, perhapsI am mistaken and waiting for their transparency.”

Following the summit, Belgian prime minister Alexander de Croo said that he believed the EU’s dispute with the UK over vaccine supplies”can be resolved” as he referred to a phone call with Mr Johnson last week.

“We think that the discussion we have with the United Kingdom can be resolved based on good agreements,” Mr de Croo told a Brussels press conference.

Striking a similar tone, Dutch prime minister Mark Rutte said that he was “cautiously optimistic” that divisions between the UK and the EU could be resolved.

“I think that on Saturday or soon after, they could come to an agreement which would be very helpful because we are friends, the UK and the rest of Europe, and we need each other,” he told reporters.

But leaders appeared to be divided on the issue following the summit, with French president Emmanuel Macron insisting that the EU is”no longer naive” with its export controls tool.

It came after Mr Johnson acknowledged the “moral complexities”around a domestic coronavirus certificate and suggested that it might only be possible to introduce one after all adults had been offered a vaccine at the end of July.

The Government will say more on the possible use of Covid status certificates in early April, which could be based on whether people have developed antibodies through infection, as well as vaccinations and negative tests.

But landlords rejected their use after the Prime Minister’s earlier suggestion it could be up to them to decide whether to screen customers’ certificates on entry.

A mobile phone app which features a scannable QR code could be used to provide a virtual coronavirus certificate for entrance into pubs, clubs and restaurants, according to the Daily Mail.

Measures to implement Mr Johnson’s “road map” out of lockdown, which will see England’s restrictions eased in a series of stages over the coming months, were passed without a vote.

But a series of Tory MPs refused to back a six-month extension to emergency powers contained in the Coronavirus Act after Health Secretary Matt Hancock was unable to say whether they would definitely expire after that.

Some 76 MPs voted to oppose the extension of the laws, although the measure passed with a majority of 408.
#vaccine  #AstraZeneca  #Covid  #Coronavirus  #Boris Johnson  #Vaccines
Add Comment