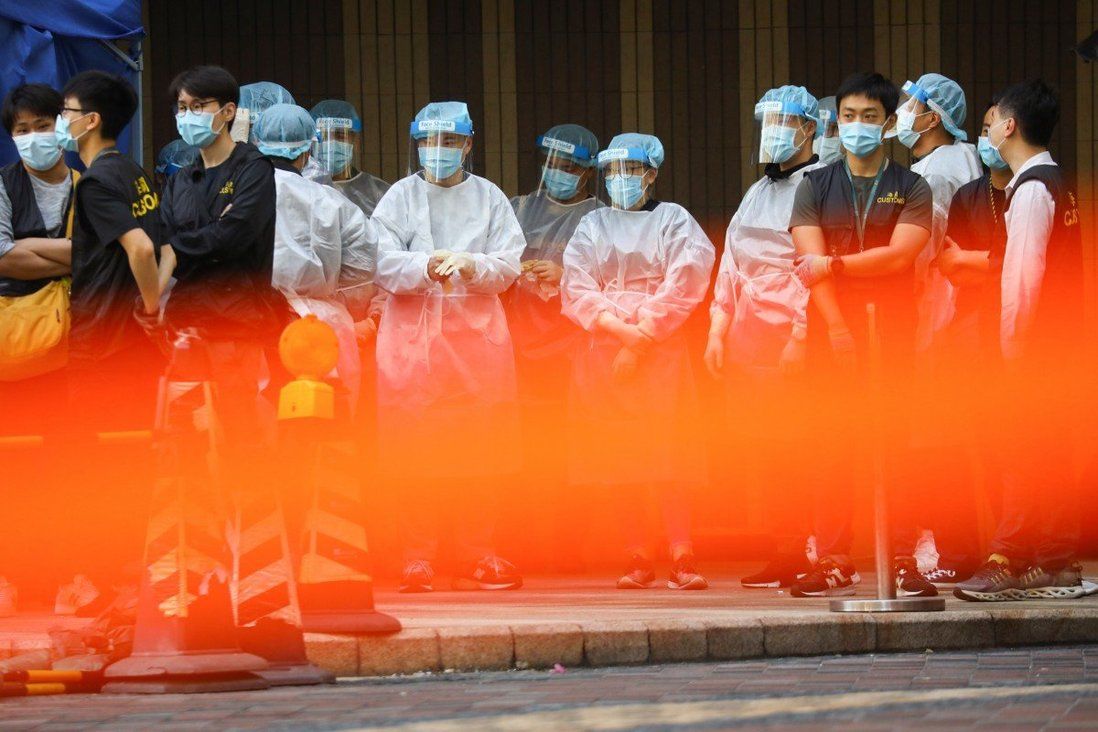 Easing of travel curbs among vaccine incentives but industry unmoved

Secretary for Food and Health Sophia Chan says possible perks for the vaccinated being considered. But restaurant federation president Simon Wong says authorities should get all residents vaccinated instead of targeting specific industries.

Hong Kong’s health minister has floated a handful of potential incentives aimed at encouraging residents to get vaccinated against the coronavirus, including relaxing quarantine restrictions for travellers, allowing visits to care homes and easing social-distancing rules for businesses.

Secretary for Food and Health Professor Sophia Chan Siu-chee revealed the options were under consideration as the city logged eight new infections on Saturday – seven of them locally transmitted, one of which was untraceable.

Chan said the city would need to strive for a relatively high vaccination rate for the government to be in a better position to enter into talks with other destinations on travel arrangements.

However, the public has proved somewhat skittish over the jabs following several deaths among recipients – most with chronic illnesses – of the Chinese-made Sinovac jab. A chronically ill 66-year-old man also died on Friday three days after receiving the Pfizer-BioNTech coronavirus vaccine, marking the first death involving that shot.

No link between the deaths and the vaccines has been established so far. 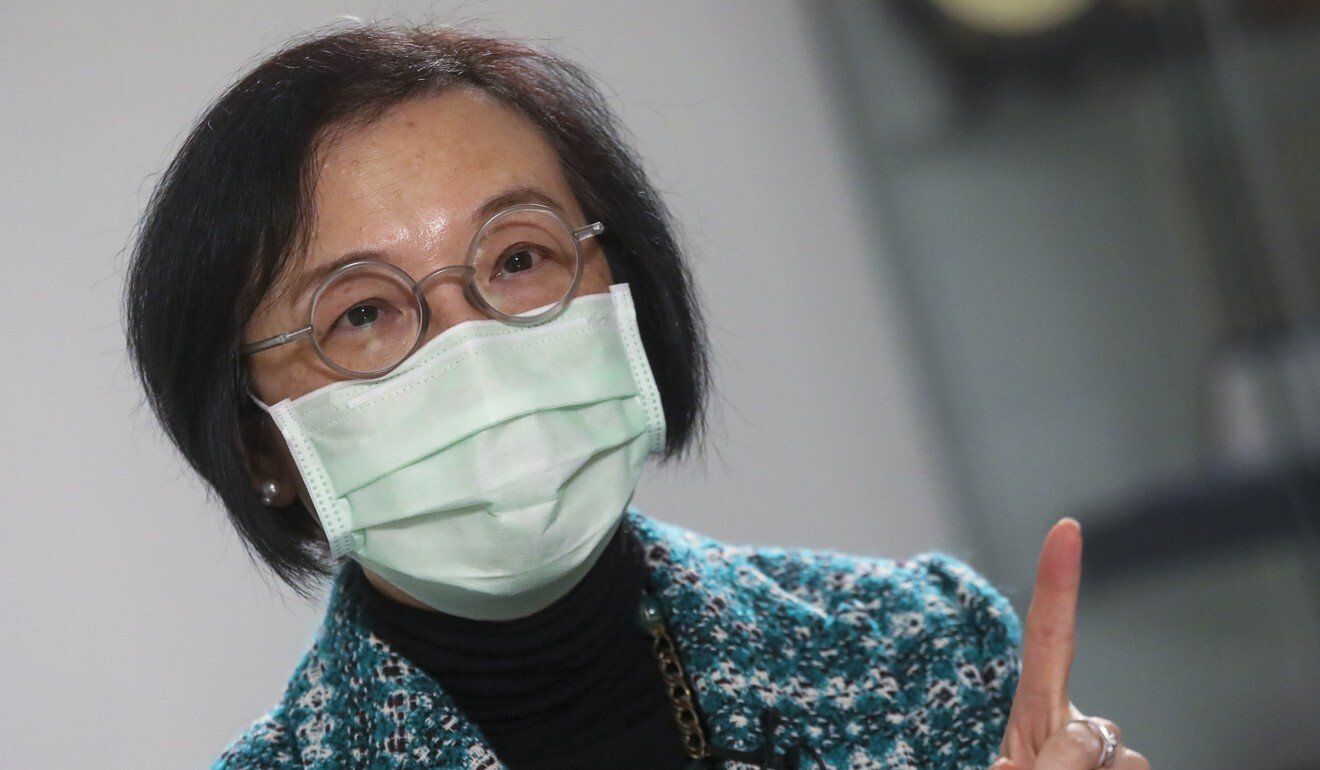 Industry representatives held mixed views on the incentive ideas, with some saying their number of staff only constituted a small fraction of the city’s population.

Chan said health authorities would release the usual hospitalisation figures for cardiovascular diseases and stroke – the suspected causes of death in some of the recent cases – to give context to the incidents involving vaccine recipients.

She also said experts were already mulling possibilities to encourage residents to take part in the vaccination scheme.

“As we reopen our borders with the mainland, can the quarantine [for travellers] be exempted? Or can the number of days involved be reduced? What about the arrangements with other countries? On these, we are exploring with experts,” she said on a radio programme.

“If people have received [both] doses … can they pay a visit [to hospital patients and care home residents] then? We feel it would be a relatively big incentive from the local perspective.”

She added that if staff at businesses had already got both doses of vaccine, authorities could also consider relaxing social-distancing restrictions for them.

Centre for Health Protection controller Dr Ronald Lam Man-kin previously said there was a chance of relaxing certain social-distancing rules after half of the city’s population had been inoculated.

Echoing that, government pandemic adviser Professor David Hui Shu-cheong on Saturday said if the inoculation rate hit 50 per cent and if the local epidemic was under control, it would be easier to relax restrictions on visits to hospitals and care homes.

He raised an example to suggest that when a case was found to be linked to a restaurant, the business might be able to resume businesses in two days after cleaning if all its staff got vaccinated and if the health crisis situation was stable.

At the moment, however, not many countries might want to discuss travel arrangements with Hong Kong given the “relatively low” inoculation rate and lingering untraceable cases in the city, he said.

Hui also sought to put the recent deaths involving vaccine recipients into perspective, pointing to previous data showing that, on average, 14 people aged above 65 died of cardiovascular disease every day, while acute strokes killed another seven.

He also urged residents to take the second dose to ensure its efficacy.

“If they only take the first dose and do not take the second one, they will waste all the previous efforts,” he said.

Hui also went so far as to predict that the city’s fourth wave of infections was coming to an end, but warned that authorities still had to be cautious and could not relax control measures too hastily.

Simon Wong Ka-wo, president of the Hong Kong Federation of Restaurants and Related Trades, said if Hui’s idea for eateries came true, it would be better than nothing for businesses.

“The number of employees in the food sector is only a small percentage of the city’s population,” Wong said, pointing to the 250,000 workers in the industry.

He said the government should get all residents vaccinated instead of targeting specific industries.

Ben Leung Lap-yan, charter president of the Licensed Bar and Club Association of Hong Kong, warned it would be unfair if having all workers inoculated became a prerequisite for places to open.

“As a business owner, even if I might have a 50 per cent chance to suffer adverse events, I would still do so. It’s just about whether I die or my business dies. But for workers, many adopt a wait-and-see attitude,” Leung said.

Bars were forced to close in late November last year. He estimated that if the businesses could not reopen next month, about one-third of 1,400 pubs, or around 400 businesses, would have to close or sell their businesses off.

But Grace Li Fai, director at Azure Elderly Care, said allowing visits to the facilities could draw people to get vaccinated because the residents at her centre had not been able to meet their families since July last year, except for those on compassionate grounds.

Meanwhile, Leonard Lam, chairman of the Hong Kong Party Room Association, proposed 10 measures in exchange for the reopening of the sector, including encouraging owners to get vaccinated and regularly screened.

Lam, whose association represents more than 100 of the city’s 500 party rooms, said they had been shut since last November and between 20 per cent and 30 per cent had closed for good.

“The government lacked sympathy for us,” he said.

Saturday’s untraceable case was a 42-year-old man who works in construction. The Causeway Bay resident went to a mobile specimen collection station for testing on Thursday, and last went to work on Friday.

The city’s tally of confirmed infections currently stands at 11,371, with 203 related deaths.