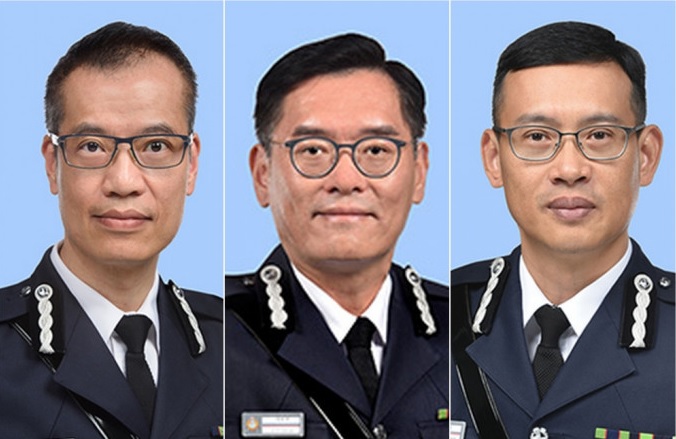 Early Xmas for eight senior cops to be promoted

Christmas came early for eight high-ranking police officers who have been informed of their promotion.
Sing Tao Daily, The Standard’s sister paper, has learned that the police have distributed "yes letters" -- the annual job promotion notices -- this month to eight officers.

It is also understood that Oscar Kwok Yam-shu, deputy commissioner for management, will retire around March or April next year. When Kwok retires, the current director of crime and security Chow Yat-ming -- who is a hopeful contender to be the next police commissioner -- is expected to fill his position which is just one rank below police commissioner Raymond Siu Chak-yee.

It is understood that 12 officers will be promoted to chief police superintendent, which is the fifth-highest rank in the force.
#Johnson
Add Comment