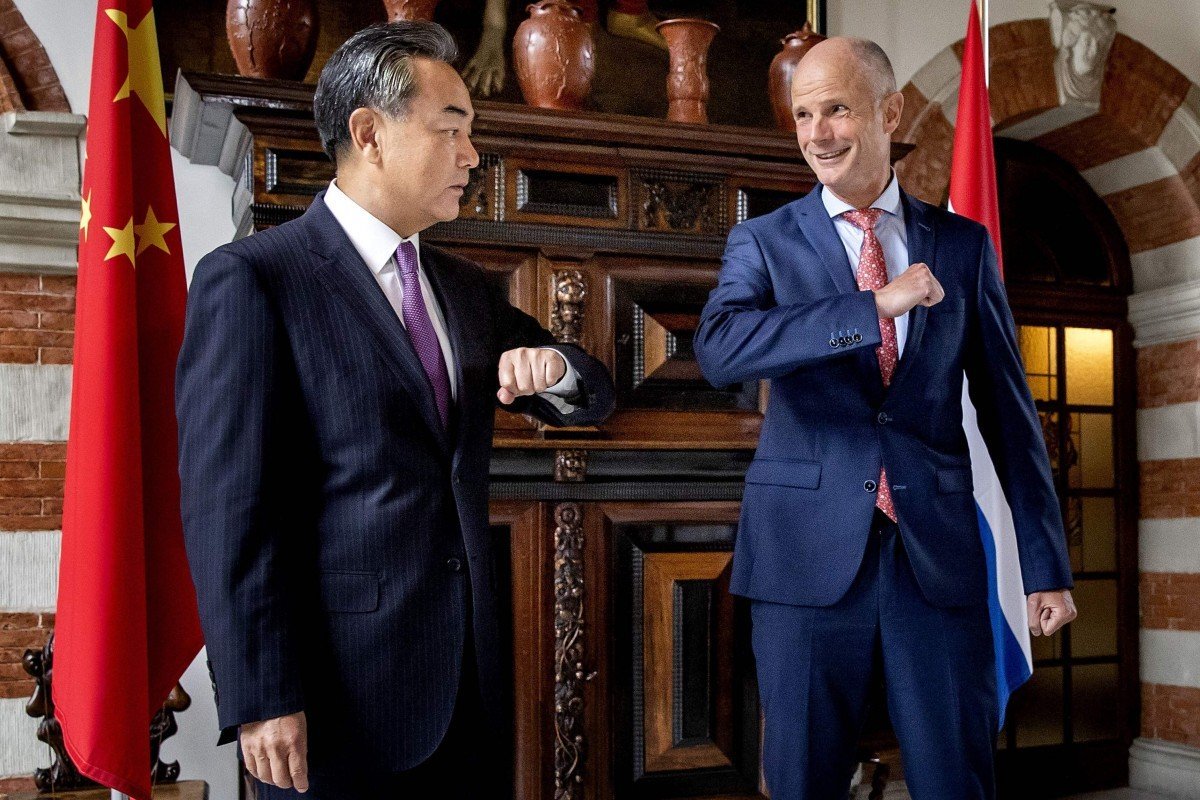 The Dutch foreign minister has raised concerns over Hong Kong with his Chinese counterpart, Wang Yi, whose preferred focus of economic partnership for his European tour has so far been overshadowed by the city’s situation.

Stef Blok said in a statement on Wednesday that his discussions with Wang showed that “the Netherlands and China want to work together on a serious mutual relationship”, especially in the context of post-coronavirus economic recovery.

“Our frequent contact recently shows how important the relationship is for both of us,” Blok said.

But the Dutch statement – in lieu of a joint press conference – went into details of human rights discussions he had with Wang, especially on Hong Kong and Uygur Muslims in Xinjiang. 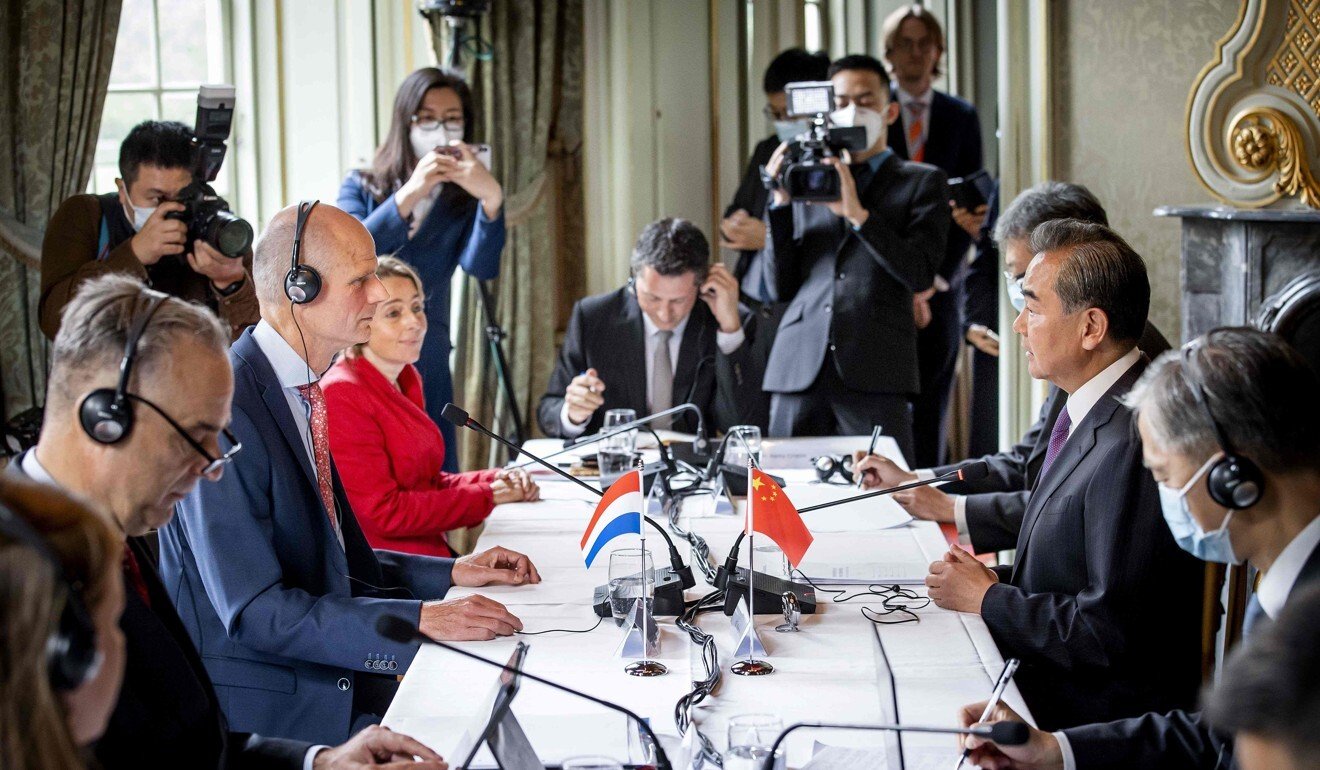 Dutch Minister of Foreign Affairs Stef Blok (left) attends a meeting with his Chinese counterpart Wang Yi at Duivenvoorde Castle in Voorschoten, the Netherlands on Wednesday.

“The recent arrests [in Hong Kong] of lawmakers and journalists, the postponement of the elections for the legislative council and the national security law are all very worrying developments,” Blok said on the same day that two moderate pro-democracy lawmakers were arrested in Hong Kong for rioting.

The Netherlands attaches great importance to stability and prosperity in Hong Kong while retaining its high degree of autonomy, Blok said.

The Chinese side has yet to release a statement.

On Xinjiang, Blok said he shared his concerns about the situation of the Uygurs with Wang: “It is precisely because of our close relationship that we can also discuss matters about which we differ.” He also “specifically asked for attention to the restriction of freedom of religion and belief in China, which particularly affects Muslims, Christians and Tibetan Buddhists”.

Dutch lawmaker Martijn van Helvert, whose Christian Democrat Appeal party is a member of the current ruling coalition, used the visit to call for tougher action against Beijing.

“The Dutch government must be clear that there can be no resumption of ‘business as usual’ with Beijing while the persecution of Uighur Muslims, Christians and other religious and ethnic minorities in China continues,” he said at a press conference with two Uighur activists.

Over the past four years, the Chinese government has detained an estimated 1 million or more members of ethnic Turkic minorities in Xinjiang, holding them in internment camps and prisons where they are subjected to ideological discipline, according to the United Nations.

China has wanted to use Wang’s tour – his first overseas visit since the start of the pandemic – to focus on Chinese-European cooperation to rebuild the world economy and stabilise global supply chains, but has so far found most of the European media and political attention going to human rights issues.

The Dutch statement made no mention of the particular economic or trade areas that the two ministers discussed.

This is the second day in a row a European foreign minister raised Hong Kong with Wang, after Italy’s Luigi Di Maio vowed to continue monitoring the city’s situation in a press conference with Wang a day earlier.

Wang also had a phone conversation with Italian Prime Minister Giuseppe Conte. Hong Kong came earlier than issues like EU-China relations and Italy-China bilateral issues, according to the sequence in the Italian statement.

“As we do in all political meetings with China, we will discuss human rights,” Soreide told Norway’s VG newspaper this week.

She also expected Norway would “have a lot to do with China over the next two years” as it just took a rotating seat on the United Nations Security Council, where China holds a permanent seat.

Norway is also negotiating a free-trade agreement with China. The two sides finished the 16th round of negotiations in November last year. The Chinese Ministry of Commerce said both sides had made progress in negotiations

Wang will then travel to France and Germany in the remainder of his visit.