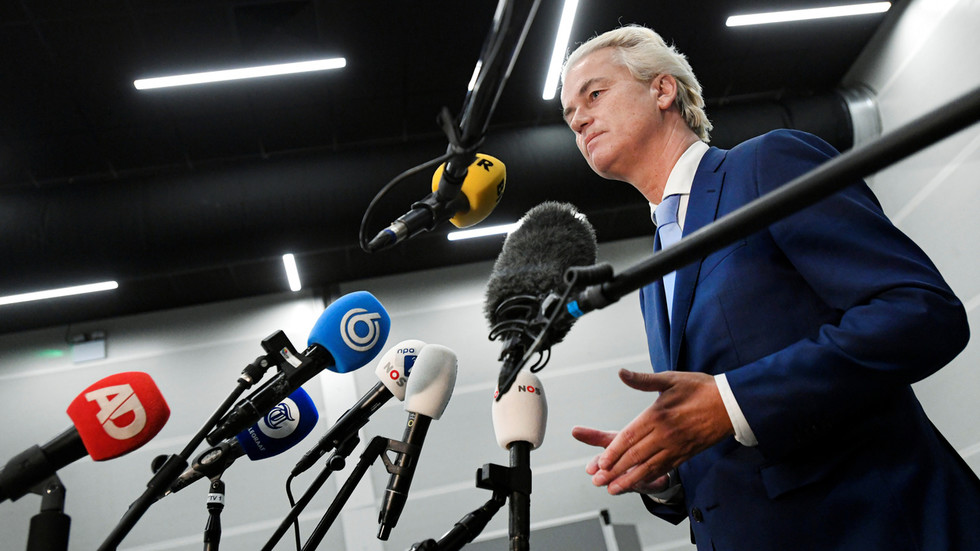 A Dutch appeals court has overturned a lower court ruling that found right-wing politician Geert Wilders guilty of inciting discrimination against 400,000 Moroccans in the Netherlands, but found him guilty of insulting them.

The judge in the town of Schiphol near Amsterdam also rejected the prosecution’s application for Wilders to be fined €5,000.

He said that the man has “already paid a high price for years for expressing his opinion.” Wilders has been living under constant police protection for over a decade now, due to death threats provoked mainly by his criticism of Islam.

However, the court upheld the politician’s prior conviction for collectively insulting the Moroccan people, but announced that he won't get any punishment for that.

Wilders plans to appeal. He was prosecuted over an incident at his campaign rally back in 2014 when he asked his supporters from a stage if they wanted more or fewer Moroccan nationals in the country.

“Fewer! Fewer! Fewer!” the crowded chanted in response, with the politician promising “to take care of that.”

Before Friday's hearing, Wilders wrote on Twitter that the verdict would show if the Netherlands has “become a corrupt banana republic where the leader of the opposition is sentenced in a political trial” or not.

Today we’ll find out if there’s still a separation of powers and an independent judiciary in The Netherlands, or we have become a corrupt banana-republic where the leader of the opposition is sentenced in a political trial.#Wilderstrial #Wildersproces https://t.co/S1JkkTWoN5

He claimed that, whereas he’s being tried under extra security precautions, the Moroccans “who set our cities on fire always get away with it and never appear before the court.”

In 2016 he was convicted of group insult and of inciting discrimination.