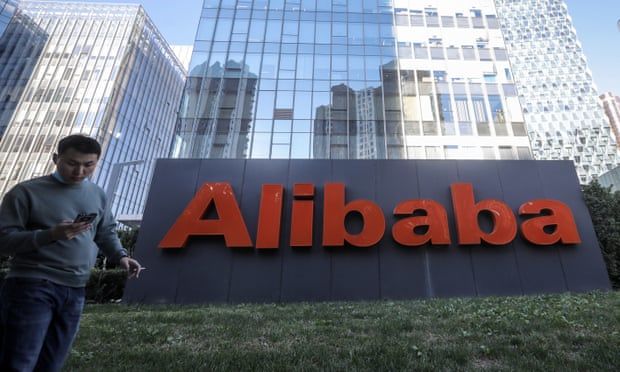 Letter from 137 lawmakers urges fund to drop stakes in firms accused of human rights violations or linked to Chinese state
A cross-party group of more than 137 parliamentarians, including 117 MPs, have called on parliament’s pension fund to disinvest from Chinese companies accused of complicity in gross human rights violations or institutions linked to the Chinese state.

The signatories include Lisa Nandy, the shadow foreign secretary, and the former Conservative cabinet ministers Liam Fox, Iain Duncan Smith and Norman Tebbit. Others include the Liberal Democrat foreign affairs spokesperson, Layla Moran, and the shadow foreign affairs minister, Stephen Kinnock. The Conservative MP David Amess was also a signatory, one of his last political acts before his death on Friday.

The letter to the fund’s trustees follows research by the rights group Hong Kong Watch which found the Parliamentary Contributory Pension Fund had £2.9m invested in the Chinese e-commerce company Alibaba and £900,000 in technology group Tencent, as well as investments in China Construction Bank and Sinopec, the chemical and oil firm.

The letter states: “Aside from being two of the largest technology companies in China, Alibaba and Tencent regularly collaborate with the Chinese state in maintaining internet censorship through the ‘Great Firewall’ and have provided the government with surveillance patents for software which has been put to use against the Uyghurs.”

Exposure to Chinese equities was problematic, the authors claim, “given the sanctions China has placed on UK parliamentarians”.

Five MPs were sanctioned in March by the Chinese state as a reprisal for the British government sanctioning a group of Chinese officials allegedly involved in the mistreatment of Uyghur Muslims.

The disinvestment call also comes after the Speakers of both the Lords and Commons banned the Chinese ambassador from entering parliament in September to speak to an all-party group. The Commons also voted in March to back a motion branding the Chinese state treatment of the Uyghurs in Xinjiang province as “genocide”.

A group of MPs’ staff have also written to Legal and General about the pension fund.

The Labour MP Siobhain McDonagh, a leading signatory and member of the Treasury select committee, said: “When the world is presented with such overwhelming evidence of gross human rights abuses, nobody can turn a blind eye.

“But we must also ask ourselves what it means to be complicit and that’s why I’m horrified to learn that our own pension fund is invested in Chinese institutions with close ties to the state. If we look on, history will condemn our unforgivable cowardice and ask why those in power did not act. Warm words are simply not enough because this time no one can say that they did not know.”

Sam Goodman, Hong Kong Watch’s senior policy adviser and co-author of the report, said: “If the drive toward ethical investment and making the UK a world leader in environmental and social governance is to mean anything, then MPs must ensure that their own pensions are not being invested in companies undermining human rights and look again at bringing forward legislation to regulate this sector.”
#Alibaba
Add Comment