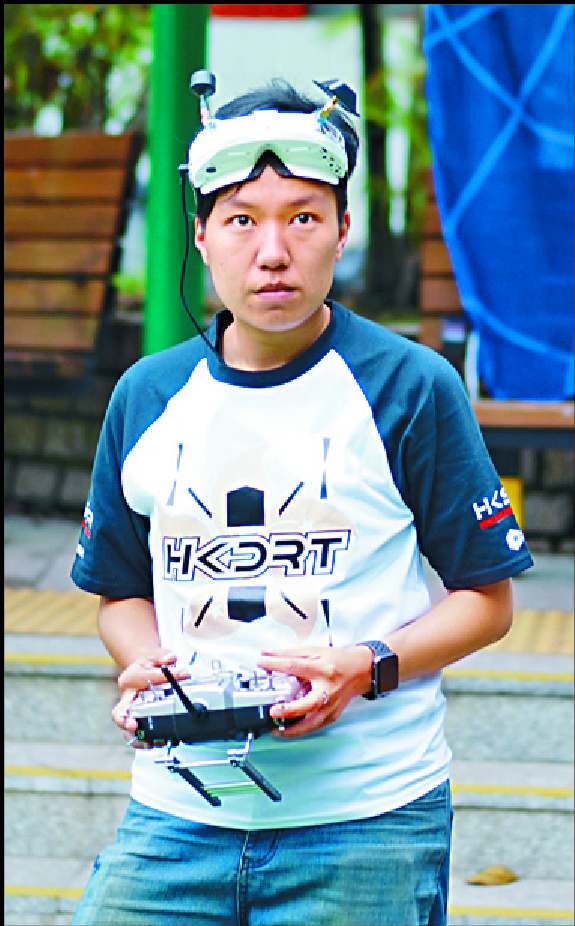 Kenix Lai Ka-ki will represent Hong Kong in the drone racing program at the 2022 World Games in Alabama, United States, next month.
As the sole member of the SAR's drone racing team to take part, 34-year-old Lai will be joining 32 other pilots across 20 countries and areas to compete for the title of champion racer. Lai is one of only six Asian female athletes competing in the program.

The 11-day games was originally planned for last year but due to the Covid-19 pandemic, it was delayed for a year to July 7.

While attending a flag-presentation ceremony at Olympic House in Causeway Bay yesterday, Lai said she looks forward to meeting the competition and hopes to raise the status of SAR drone racing worldwide.

Lai recalled that her first time flying a drone was when her father gifted her one in 2013. She later joined the police force where her colleagues introduced her to drone racing.

Chau said: "This is the first time a Hong Kong athlete has joined the games' drone racing program and I hope it will not be the last."

Hong Kong has had a relatively precarious relationship with drone flying in recent years. On June 1, the small unmanned aircraft order under the Civil Aviation Ordinance took effect. The order outlined the implementation of a new drone-registration system in a move designed to regulate drone flying.

However, drone flying in Hong Kong has been fraught with challenges for years before the order took effect.

In a 2019 interview with The Standard, Lai said the biggest challenge to the sport's development in Hong Kong is the lack of practice venues since drone racing is forbidden in all parks and public sports grounds.

Since speed is paramount, Lai said, safety standards in the sport are higher, which necessitates the provision of suitable training sites.
#COVID-19  #Covid
Add Comment