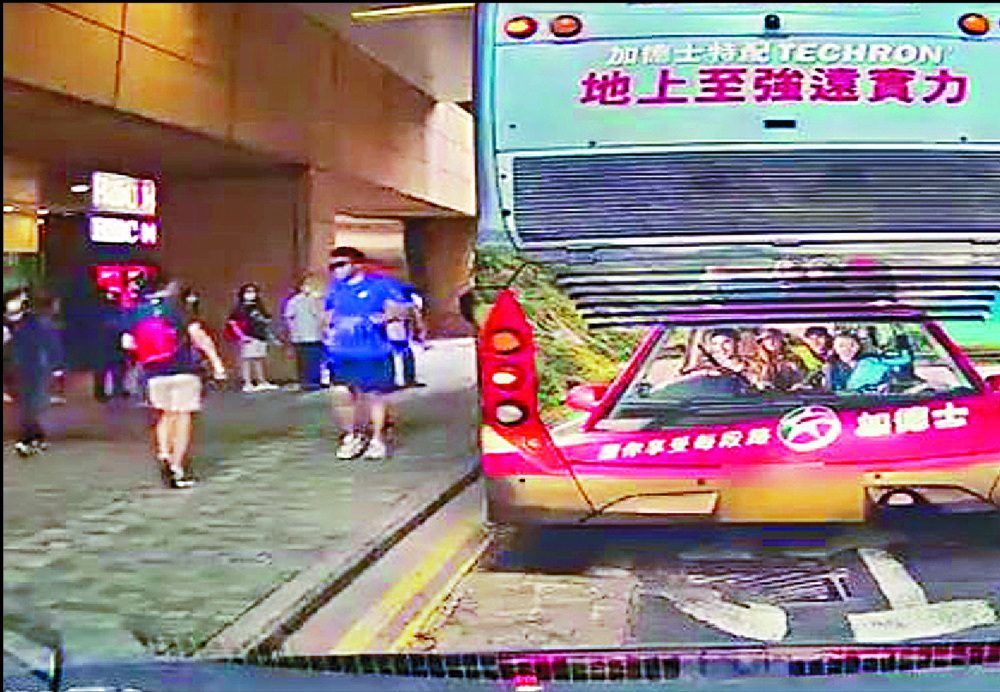 A father and his two young daughters chased a bus for over a block in Taikoo Shing before finally managing to board it thanks to a private car driver who made a pit stop just to inform the bus driver to wait for the family at the stop.
After the story was posted online, the driver won accolades online. The dashcam footage circulating online was posted on Facebook by the driver and showed the father and his daughters running from stop to stop in futile attempts to catch the bus at around 6.30pm on Saturday.

The chase began after the family missed the route 110 bus at a stop near Kao Shan Terrace, with the bus leaving just when they were arriving at the stop. However, the three did not give up and proceeded to run along Taikoo Shing Road to the next stop outside Cityplaza.

"The father and his children almost caught the bus at the first stop but surprisingly did not give up and ran to the next stop," the driver said in the post.

"I didn't want them to get disappointed for the second time so I wanted to help them by notifying the bus driver."

As such, after the bus arrived at Cityplaza, the driver proceeded to stop his car behind the bus and ran to tell the bus driver that the three were in hot pursuit.

The post received more than 4,900 likes within a day as netizens praised the driver for his kindness.

However, some also criticized the father for making the two girls run on the roads.
#Facebook
Add Comment