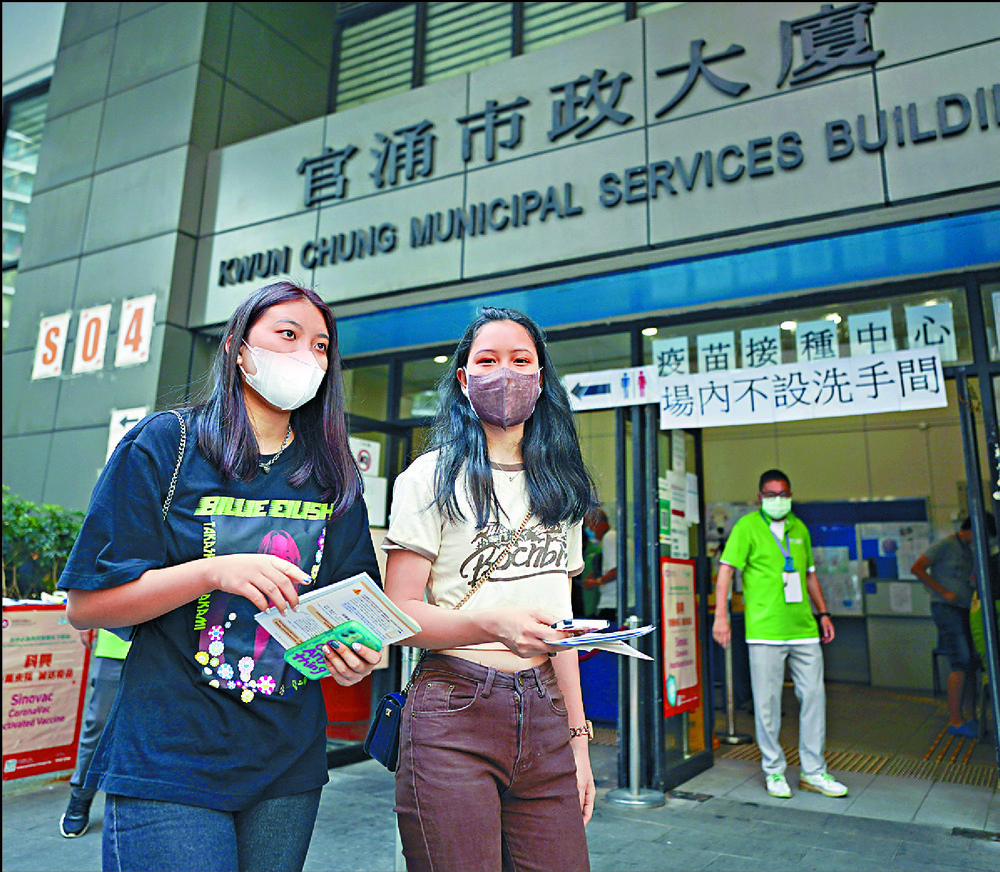 Double jab rate nears 90pc while over half boosted

Nip said on his Facebook page that the territory-wide home vaccination service has received over 23,000 registrations as of Friday. The service commenced late April for unvaccinated elderly aged 70 or above and persons with physical disabilities or impaired mobility due to illness.

"We have visited all 18 districts across the city in the past four weeks and jabbed almost 10,000 people in their homes," Nip said.

He said the second round of the home vaccination service will be launched this week to help people get their second jab. The same service will be provided for the third and fourth doses later, he added.

Meanwhile, the administration said Saturday that uninfected adults aged 18 to 59 who are at a higher risk of exposure to the virus or have personal reasons - such as studying abroad or travel - may book their fourth jab at least six months after their third dose.

Workers in health care, elderly care homes, cross-border drivers and those working at control points and ports may also choose to receive their fourth dose.

Those aged 60 and above have been allowed to get their fourth jab since early April. But those who wish to make reservations for a fourth jab have to go to community vaccination centers for same-day tickets as the online system is being updated until Wednesday. People can make online reservations from 8am on Thursday.
#Facebook  #Covid
Add Comment