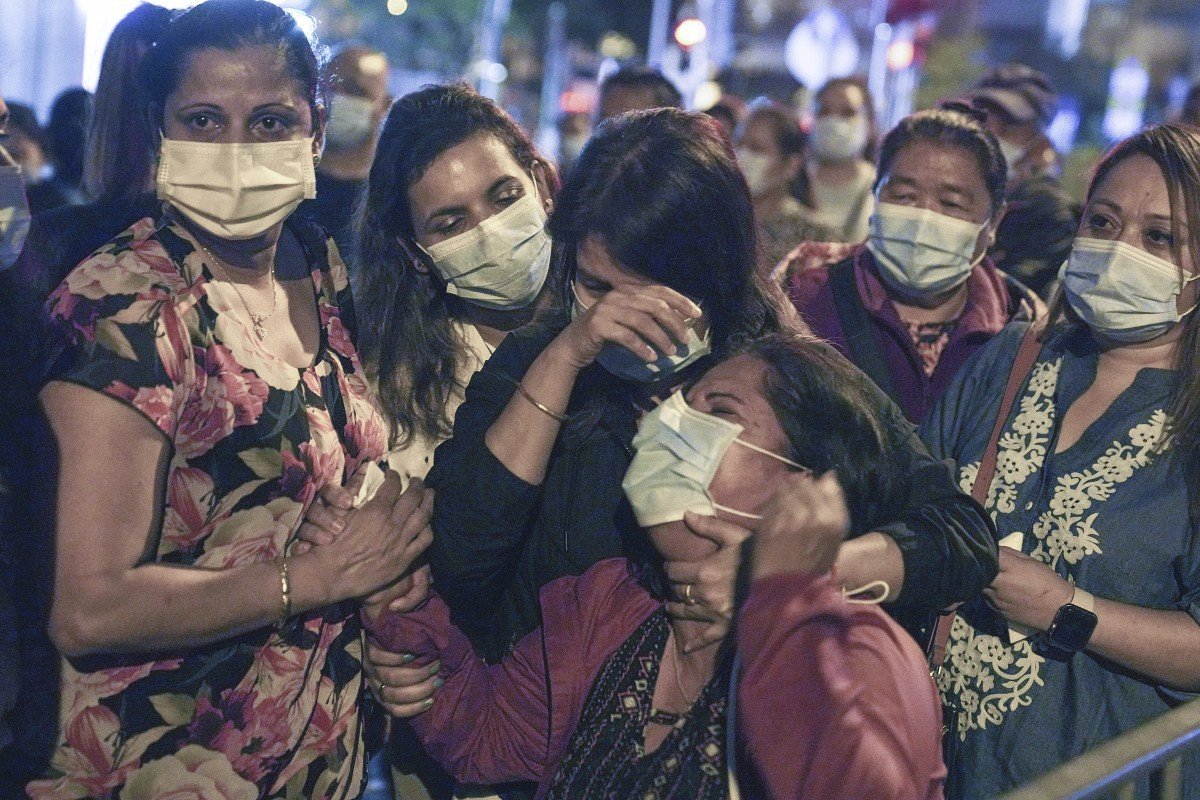 Nepali Asha Gurung, a Hong Kong resident, has not had a single good night’s sleep for a fortnight, and any movement at the door startles her.

Time after time, the 37-year-old thinks it is her husband returning from his late shift as a driver. But that thought vanishes and reality sinks in when her eyes catch the flicker of the candle burning at a shrine in her living room.

Her husband, Sher Bahadur Gurung, 39, died in a fire at a Yau Ma Tei building two weeks ago. He was at the Nepalese restaurant on the first floor of the tenement building celebrating Diwali, the Hindu festival of lights, and a birthday when the diner caught fire. Eight people died and 10 were injured, all Nepalis.

“I still can’t believe he is dead,” she says.

Born and raised in Hong Kong, Gurung married her husband from Nepal in 2005, and he came to the city the following year. They lived in a two-bedroom flat in Yau Ma Tei – his older brother in one room, and the couple, their 14-year-old daughter and 11-year-old son in the other.

Since the fire, she has quit her job cooking in a restaurant, staying home to take care of her children. The three have wept together.

Aside from the grief, the burden of sustaining the family has fallen on her. Her husband earned about HK$25,000 (US$3,225) monthly, and she earned some HK$15,000 a month, but now the family has to eat into their savings to cover their HK$8,000-a-month rent and daily expenses.

“It was my husband who took care of everything for the family. I don’t know what to do. I don’t have a plan for the future,” she says. 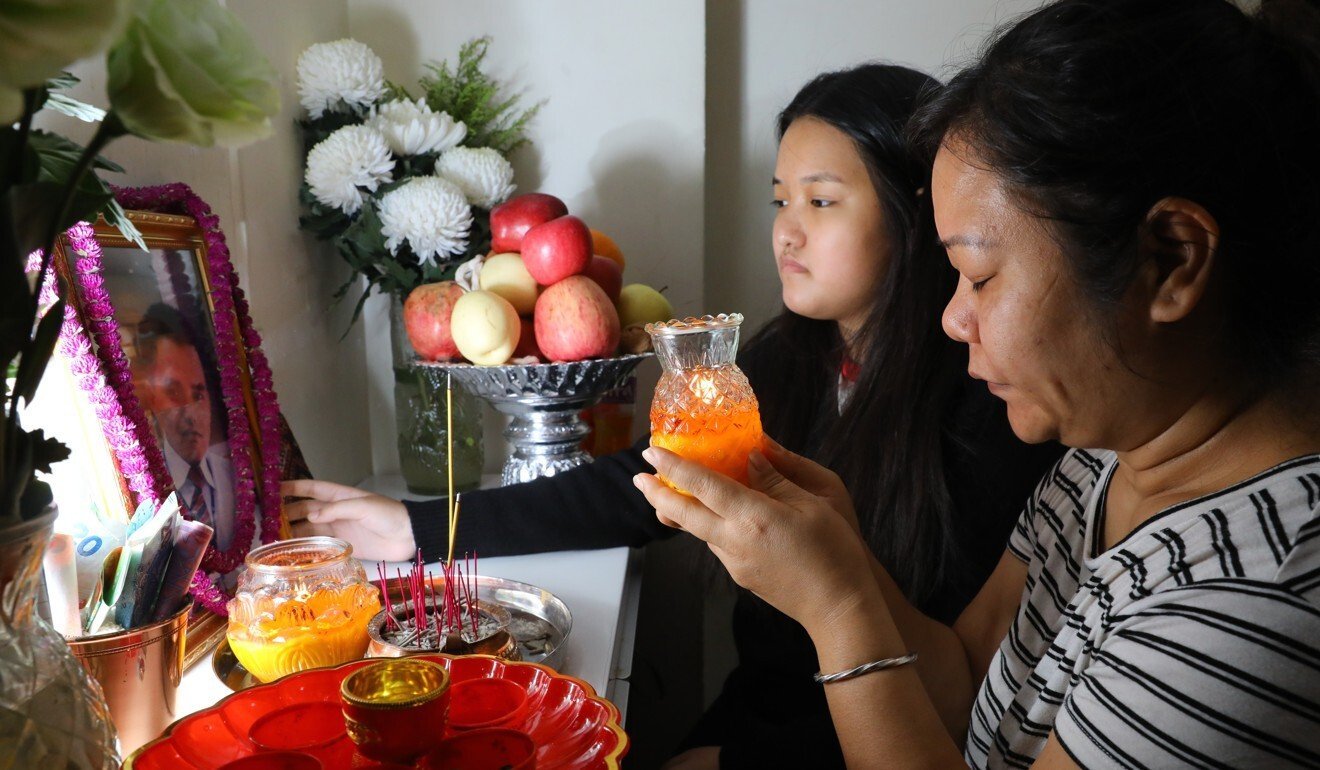 Like Gurung, the families of the victims, the injured and others affected by the fire on November 15, the city’s deadliest in nearly a decade, have struggled psychologically and financially.

The blaze tore through an unlicensed Nepalese restaurant in a Yau Ma Tei building with a single staircase while celebrations for a birthday and Diwali were going on at around 8pm. The Fire Services Department said the building did not have fire extinguishing systems such as sprinklers.

As of Thursday, seven people are still in hospital, two in critical condition and five stable, according to the Hospital Authority.

The tragedy has sparked an outpouring of generosity, with individuals, charities, NGOs, businesses and the government coming forward to help and support those affected.

More than HK$8 million had been raised as of November 23, according to the Yau Tsim Mong District Office of the Home Affairs Department. The money will be distributed to the fire victims, including the families of the dead and injured.

Among those helping is Nepalese Hongkonger Indra Gurung, 41. A community coordinator in ethnic affairs for the Democratic Party, she was shocked to learn about the fire from social media soon after the news spread.

At around 8.30pm, she received a call from an Indian woman who was in distress and had been given her number by someone she knew.

The woman’s family lived on the third floor of the building where the fire broke out. She and her two sons, aged four and one, were evacuated before her husband returned home.

Gurung found the family in the crowd outside the building, clutching bags of food. They had nowhere to stay that night, so Gurung took the woman and her children to the subdivided flat in Jordan that she shares with five others.

“I could see they felt cold and hungry, especially the two kids,” she recalls. “I couldn’t imagine what would happen to them if I didn’t help.”

The woman’s husband spent the night at the Yau Tsim Mong Multicultural Activity Centre, which was used as a temporary shelter for those affected by the fire.

After settling the mother and children at her place, Gurung, who is fluent in Nepali, English and Cantonese, went to two hospitals to help translate for families of the victims. She returned home at 5am the next day.

Since then, she has been visiting families of the victims, including Asha Gurung, lending a listening ear as they grieve and delivering donations, including money, food, masks and hand sanitisers.

On November 18, hundreds of people, including those from ethnic minority groups, joined a mourning ceremony organised by the Nepalese consulate and four Nepalese groups outside the Yau Ma Tei building.

Some of those present knew the victims who died, while others went only to offer prayers and flowers. 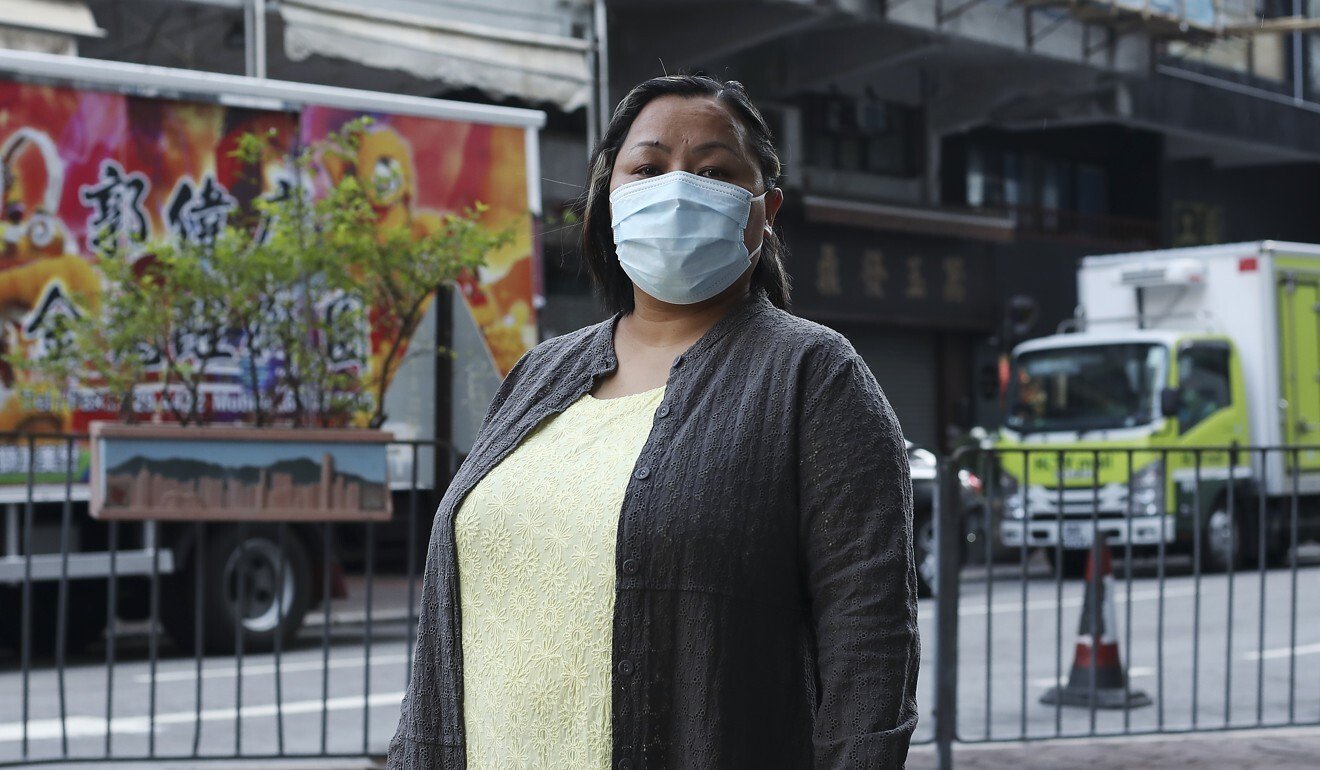 Among those helping the families of the victims is Indra Gurung.

Seetaram Dhungana, chairman of the Hong Kong Integrated Nepalese Society Limited, a charity formed in 2004, says the organisation has been raising funds for families of the fire victims and the injured.

‘The nightmare is far from over’

The Zubin Foundation, a think tank and charity dedicated to improving the lives of marginalised ethnic minority members, has received 30 to 40 calls since the fire. Some callers sought help with feelings of anxiety over the tragedy, while others called on behalf of those affected.

The charity has been collaborating with about 10 NGOs to arrange various services, including accommodation and food, for those affected.

Shalini Mahtani, its founder and chief executive officer, hopes the public will continue supporting the families of the fire victims.

“The nightmare is far from over. The community is very shaken,” she says.

The Hong Kong Red Cross sent its team on November 16 and 24 to provide psychological support for residents living near the building where the fire occurred.

Clinical psychologist Dr Eliza Cheung Yee-lai, head of the psychological support service, says some experienced fear after witnessing the fire, and others felt anxious about the risk of future fires.

She says the psychological impact of the incident includes changes in behaviours and emotions, like feeling guilty, sad and anxious. Some people may experience tremors in their hands and headache, or are unable to concentrate.

“It is normal for people to develop these mental conditions after such a traumatic experience. What they need now is to be listened to,” she says. But she adds that if these conditions persist for more than two weeks, those affected should seek professional help.

To support the affected, Hotel Ease Mong Kok has offered free temporary accommodation up to the end of this month. So far, it has taken in 14 adults and six children, who lived in the building where the fire broke out or nearby.

The Li Ka Shing Foundation announced on November 18 that it would donate HK$3 million to the injured and the families of those who died.

The Social Welfare Department says it has provided psychological support and other assistance to victims’ families, and its social workers have followed up with all affected residents, and worked with charities to provide financial support.

Asha Gurung is preparing for her husband’s funeral, which will take place on December 13. She stays at home all the time, saying it is a Nepalese tradition that the candle for the dead person must be kept alight all the time.

She has had several visits by different people and groups, including some who brought her food. She is applying for public rental housing so her family will have a place to live with less of a financial burden.

“I will try to get back on my feet for my two children,” she says.