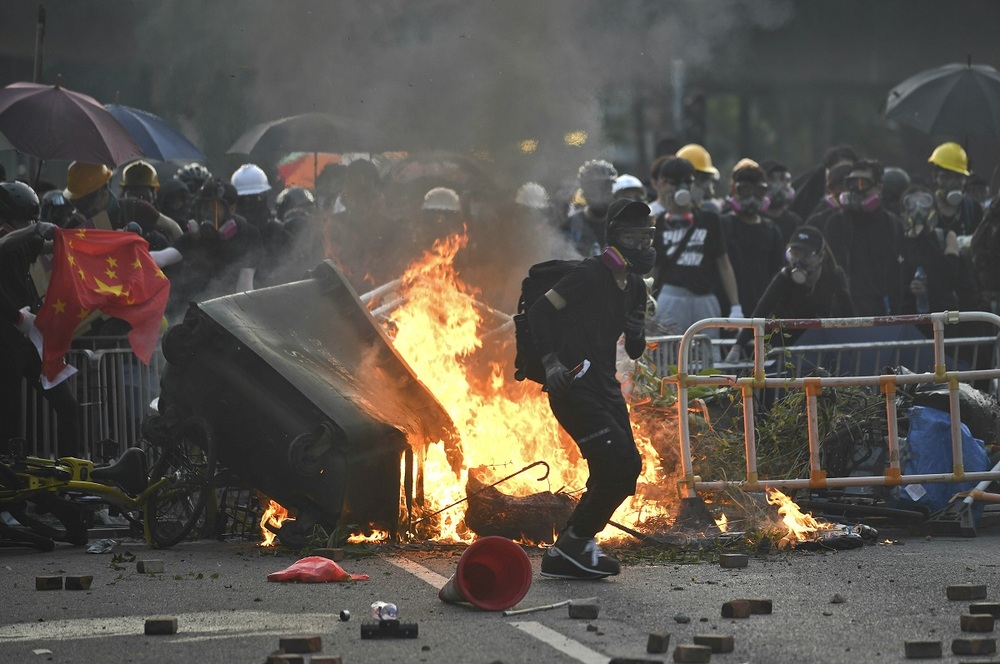 Citizens may violate the national security law by donating to self-exiled activists, a lawmaker said.
This came after some crowdfunding websites called on donations to protesters who fled overseas and were unable to work legally due to failure to apply for political asylum.

The fundraising websites on Patreon saw a variety of monthly donation amounts, ranging from HK$110 to more than HK$1,500, with messages saying they hope to help cover demonstrators' living expenses and to continue their overseas activities. One of the site included a YouTube video of exiles describing their plight and begging for donations.

Another crowdfunding site also priced its donation in Hong Kong dollars, believing it to be facing people in Hong Kong. It also said that it had recently received three cases of people who had no place to live overseas and urgently appealed for donations to help them rent a place.

There were also websites calling for financial support for exiles in Canada by selling articles.

In addition to raising money for protesters who fled overseas, some organization also claim to support imprisoned ones in Hong Kong. One of them was set up in the United Kingdom in October last year, and its founders included Simon Cheng Man-kit, who was later granted political asylum in the United Kingdom, and former district councilor Clara Cheung Ka-lai.

They recently issued an emergency appeal, saying that the number of requests for help had surged more than double and that about 80 families needed support.

Lawmaker Elizabeth Quat Pei-fan said if the website stated that the purpose of the fundraising is to support some people, who aimed to overthrow Hong Kong or the national regime, both the fundraising and donors would be illegal.

She said the police should intervene, and the authorities could also consider invoking the law to prohibit access to those platforms in Hong Kong.

She also said the accounts of the fundraising websites were a mess and the sources of funds were unclear, which often involved foreign donations and money laundering activities. It may even be misappropriated used for fraud. Therefore, donors may be cheated or even suspected of violating the National Security Law and involving in money laundering crimes.
Add Comment