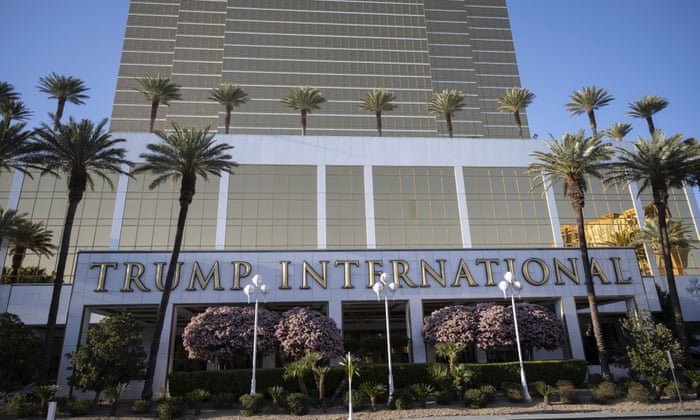 Donald Trump 'lost $1bn in a month' from coronavirus lockdown

Stock market crash strips billionaire status from 267 of world’s richest people in the annual list
Donald Trump lost an estimated $1bn of his paper fortune in the past month as the coronavirus lockdown forced the closure of offices, shopping centres, hotels and golf courses he owns.

The US president’s fortune has fallen from an estimated $3.1bn (£2.5bn) on 1 March to $2.1bn on 18 March (at the height of stock market panic caused by the coronavirus pandemic) according to Forbes magazine’s annual billionaires list.

The Covid-19 induced collapse in global stock markets led to 267 of the world’s richest people losing their billionaire status, in the magazine’s 34th annual wealth ranking. There are now 2,095 dollar billionaires in the world – and a record 1,062 of them have lost money compared with last year.

Among those who joined the billionaires’ club is Eric Yuan, the founder of Silicon Valley video conferencing app Zoom. The magazine estimates that Yuan, who owns 20% of Zoom’s shares, has a paper fortune of $5.5bn.

The app has become hugely popular during the coronavirus lockdown as people around the world use it to keep in touch. Zoom has been used for everything from nursery school sing-alongs to FTSE 100 boardroom meertings and even UK Cabinet meetings.

But Yuan was forced to apologise to users over misleading claims that it offers “end-to-end encryption for all meetings”. “We recognise that we have fallen short of the community’s – and our own – privacy and security expectations,” Yuan said in a blog post. “For that, I am deeply sorry.”

Amazon founder and chief executive, Jeff Bezos, maintained his standing as the world’s richest person for the third consecutive year with a $113bn fortune. His total wealth estimated by Forbes slipped from $131bn last year. Amazon’s shares have largely recovered from the stock market plunge as most of the company’s services are still operating throughout the lockdown.

Most of Trump’s wealth comes from his real estate. His Trump Organization empire – which is managed by his sons Donald Jr and Eric – includes Trump Tower in Manhattan and his Mar-a-Lago club in Florida, which the president likes to call his “winter White House”). There are also more than a dozen hotels and golf courses, such as the Trump International Hotel on the Las Vegas strip and the Trump International Golf Links in Aberdeenshire, Scotland.

World governments and many US states have forced the closure of all non-essential businesses across the world, leaving offices and hotels empty and golf courses deserted.

The closed properties generated about $650,000-a-day for the company, according to the president’s previous financial disclosures.

The Trump Organization last week sought guidance from Florida’s Palm Beach county about whether it expected the company to continue making monthly payments on land it leases for a 27-hole golf club, the New York Times reported. Trump representatives have also reached out to Deutsche Bank, the company’s largest creditor, about the possibility of postponing payments on some of its loans.

Trump also owns 125,000 sq ft of retail space near Fifth Avenue in Manhattan. It is normally one of the most profitable shopping areas in the world, but has been deserted for weeks due to the pandemic.