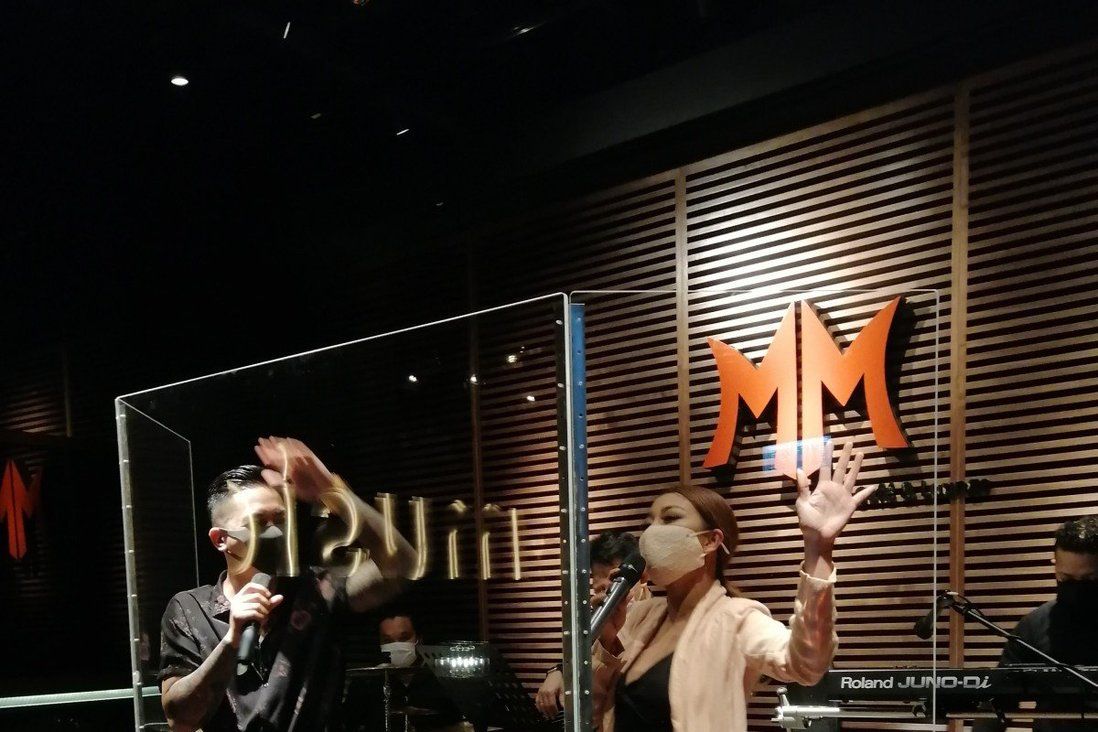 The city’s leisure and F&B industry is once again in crisis and it’s up to the Hong Kong Musicians Union to ensure entertainers aren’t cut off from government relief.

P is a professional vocalist in Hong Kong, and a single mother raising her two daughters in the most expensive city in the world.

Like all musicians, P, who asked that her real name not be used, was hit hard at the beginning of the coronavirus pandemic. With the closure of venues and a complete loss of income, she could no longer send her girls to school, or afford the rent on her flat, and had to ask friends to let her sleep on the sofa.

“Who wants to be washing dishes, dealing with difficult diners, and being scolded by a restaurant boss when you are living in Hong Kong as a highly-skilled professional worker?”, Tree told me.

According to Tree, P relied on events and private parties to support her family.

P was one of the “lucky ones” – with Hong Kong permanent residency, she found work in a kitchen. But her luck only lasted for a while, until a typhoon ripped the roof off the family home back in the Philippines. As the saying goes: when it rains, it pours.

Hong Kong’s food, beverage and entertainment industry is once again in crisis, with the latest social distancing curbs set to be extended until Lunar New Year.

Employing an estimated 10,250 professional workers in entertainment alone, with around half of those in music and music-event production, segments of the industry fall through the cracks when it comes to government support in times of stress. 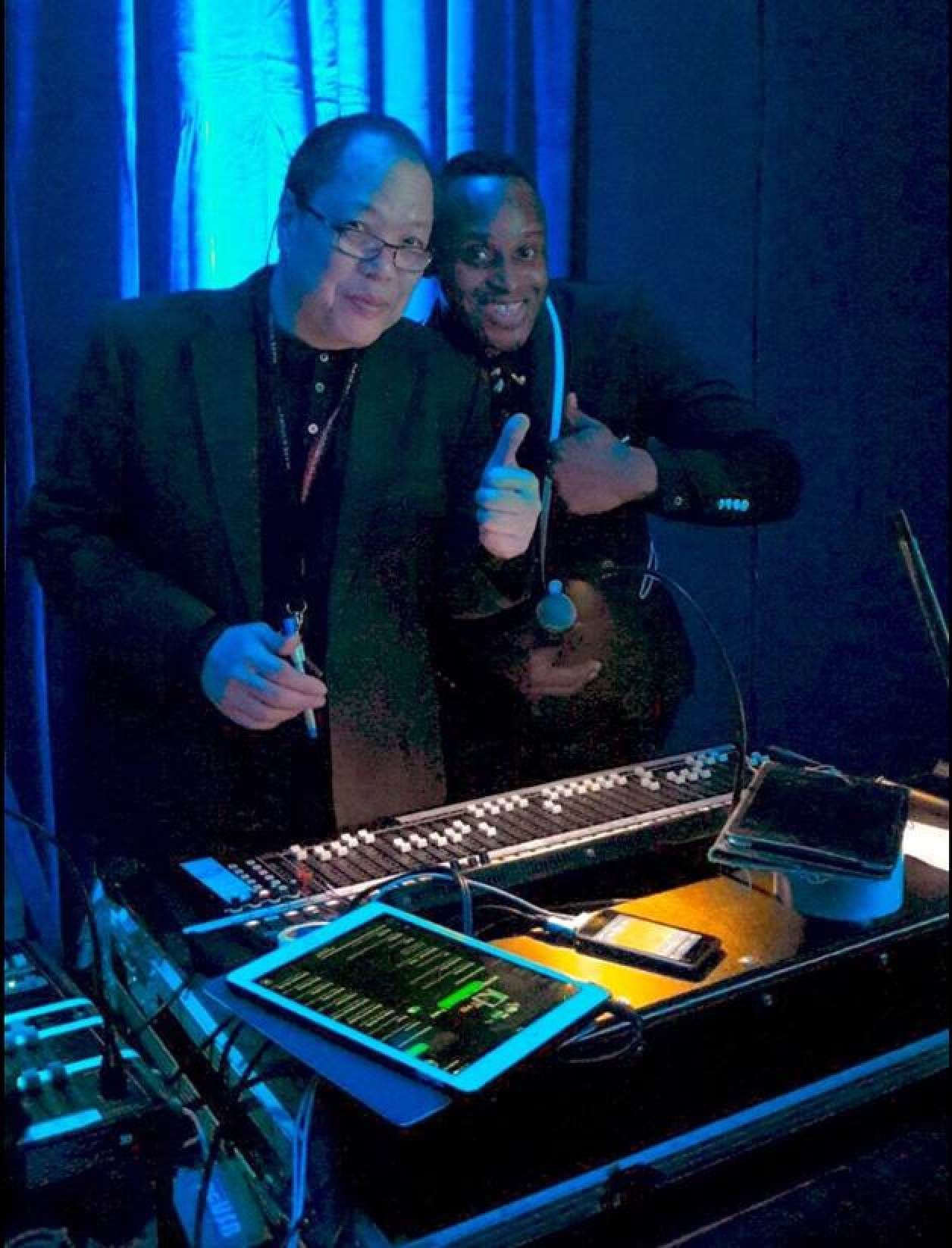 Veteran Hong Kong-based musician and event producer Skip Moy framed the attitude towards musicians in Hong Kong for me, saying: “The entertainment industry, in particular music, helps the balance of Hong Kong’s society, which is built on a combination of work and play. You take away play, and people soon become very tense, will get uptight and in the longer term it doesn’t work as the equilibrium is lost.”

This has certainly been reflected among Hong Kong’s population following the start of the curbs earlier this month.

Moy points out that professional musicians aren’t doing a part-time job to supplement their income.

“In spite of all the rules and precautions introduced by the government that the musicians and the F&B industry have followed to the letter – wearing masks, performing behind clear plastic screens and adhering to every rule – why should they still be considered any less of a professional than, say a banker or a businessman, and have their livelihood taken away while everyone else can continue to work and be paid?” Moy added.

The problem seems to be rooted in the lack of a front-footed professional body that can engage with the government and speak on the same level as the bureaucrats in the Legislative Council.

But with the Hong Kong Musicians Union (HKMU) now under the new management of Chairman Lito Castillo, that looks like it’s about to change.

Castillo, a hard-working musician who moved to Hong Kong in 1979, was asked to run in the HKMU election in 2021 by the “Music Task Force”, a quickly-assembled group of professionals including current and former members of the HKMU.

This includes Tree, who ripped up her membership several years ago in disgust, and Skip Moy, who at age 70 is not allowed to be a member as he is considered too old. Castillo’s brief is to make changes and engage a broad spectrum of musicians and live performance artists, turning the union into a proper body representing professional workers. 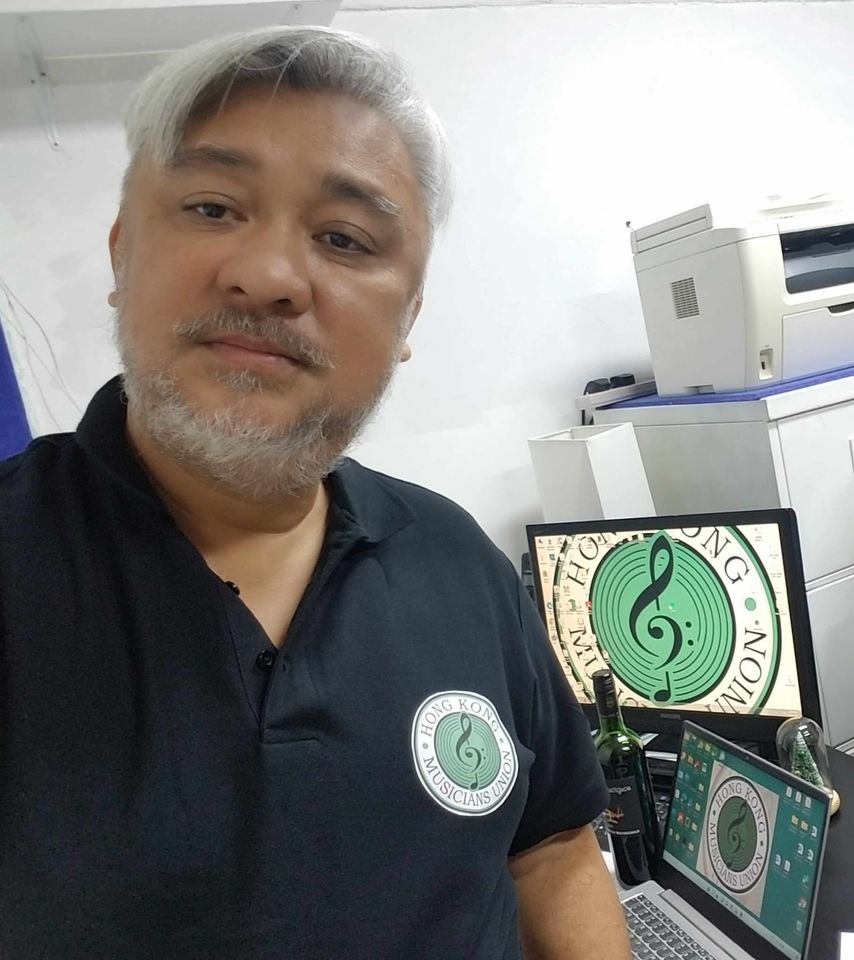 I mentioned to Castillo that the HKMU had the reputation of being something of a social club.

“I am changing that, and we now have a professional, functioning office and rehearsal space for members,” was his reply.

Boosting the number of members is a priority. Castillo told me there are currently just 108.

Although the union was able to raise some money though online live performances during the first part of the pandemic, as well as through volunteer groups setting up and using the HKMU office as a food distribution centre, a greater level of support and representation is needed to deal with this crisis, and future ones that will undoubtedly follow.

The Hong Kong Musicians union was founded in 1948 by Peter O’Neil, a Brit, as a professional body to represent musicians in the territory. With the organisation’s membership numbers dwindling in recent years as it focused on the Filipino community, Castillo is keen to engage musicians of all nationalities, and in particular boost the number of local artist members. 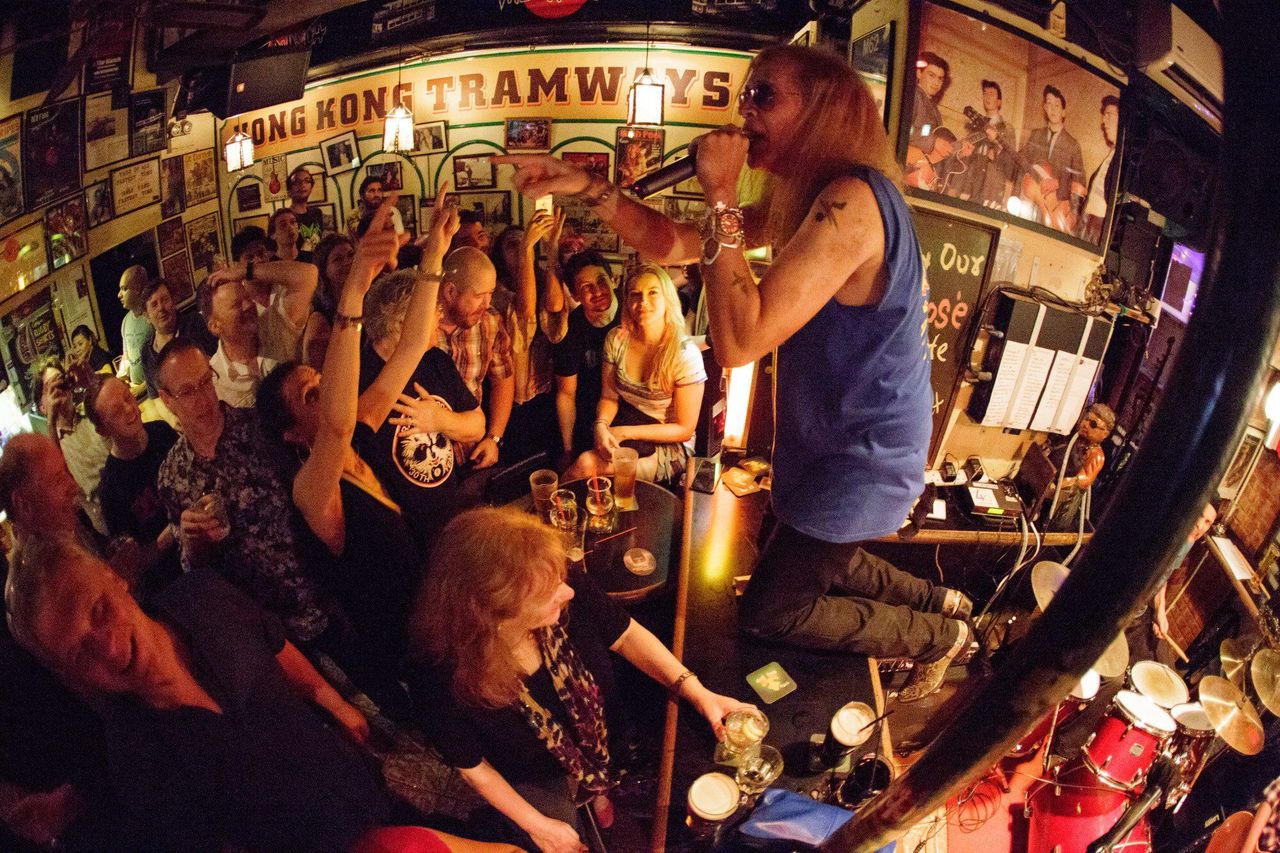 A concert featuring the band, Don’t Panic, at the Wanch in 2016.

He is also seeking alliances with other organisations representing musicians and the nightlife and F&B industries. In this, he is getting help from high-profile professionals such as Chris B., the founder of Musicians Foundation Limited and music venue The Underground, John Prymmer, managing director at New Talent and proprietor of The Wanch live music bar. Prymmer’s reopening of The Wanch is one of the most hotly anticipated events of 2022 for professional musicians, wannabe professionals and amateurs like me who just won’t give up.

For the Hong Kong music scene with its musicians, audio and lighting engineers, event coordinators and venue operators, could Omicron become a bigger challenge than earlier variants of the virus? Although by all accounts it appears to be less lethal, it is much more contagious.

While other economies like Britain are allowing the virus to sweep through their populations as part of the transition from “pandemic to endemic”, the Hong Kong government is stuck between a rock and a hard place, having to abide by Beijing’s zero-Covid policy. 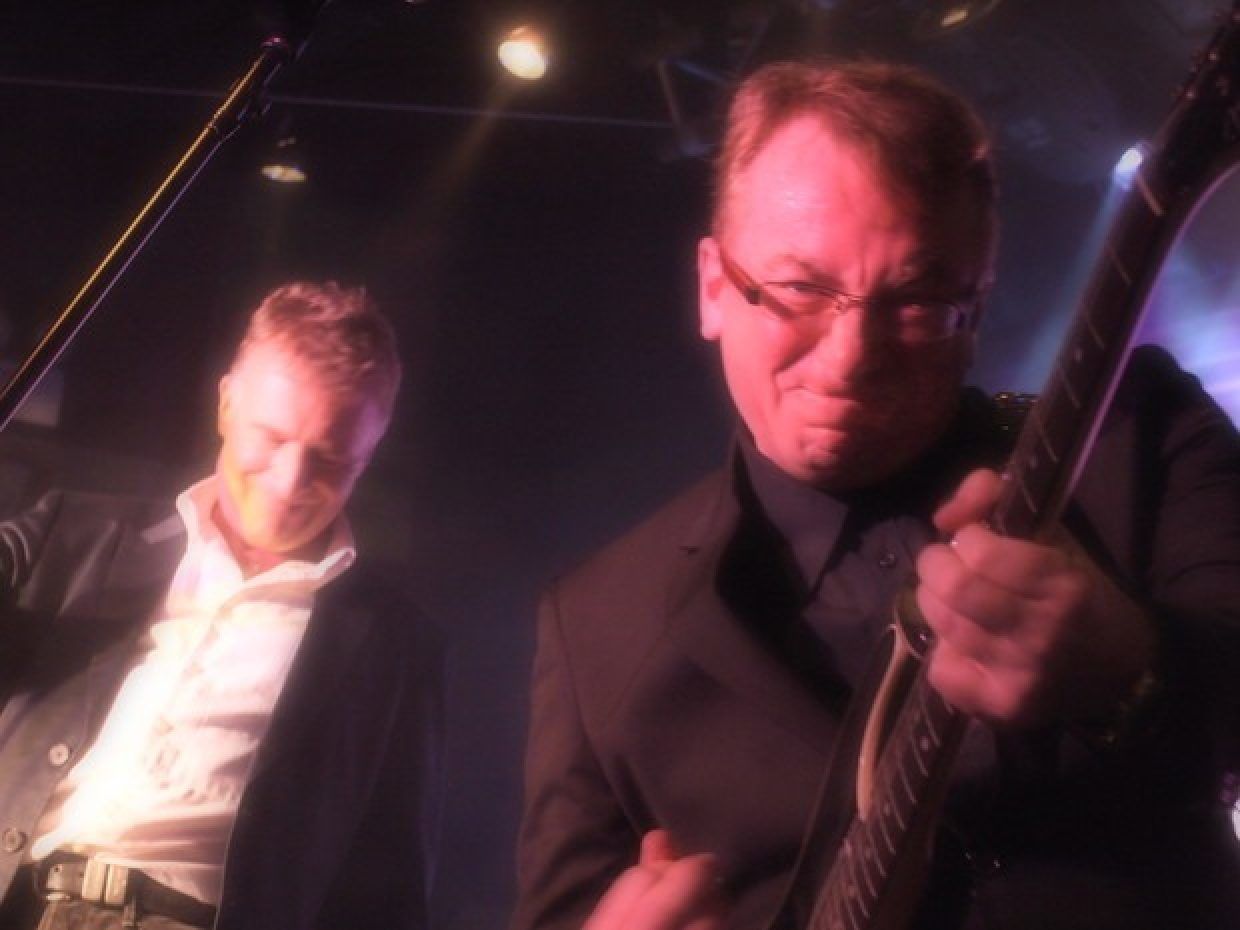 With the relatively low efficiency of the Sinovac vaccine against Omicron, infections could swamp China if it takes root. With its mix of vaccines and booster shots, Hong Kong would fare better, but to let it rip through the community to achieve herd immunity would be an unacceptable risk to Beijing.

Britain’s Musicians Union was quick to act, writing a letter to Chancellor of the Exchequer Rishi Sunak on the gaps in support that members experienced in the early phases of the pandemic – up to half of its members did not qualify for government help.

The HKMU and the “Music Task Force” will be taking on Chief Executive Carrie Lam Cheng Yuet-ngor on the same point, this time from a position of relative strength with a professional body behind them.

As Executive Council member Regina Ip pointed out during early attempts to seek help, the musicians were too scattered and without unification, and the Hong Kong government did not know who to engage.

As Tree noted: “We have to create the noise now from one unified source. We are fine during the times when everything is normal, but just left to fend for ourselves when things go wrong”.

“The fact I’m not allowed to be a member currently is not important,” Moy tells me. Curiously, the age restriction for the HKMU centres on whether they qualify for a policy by insurer AXA. 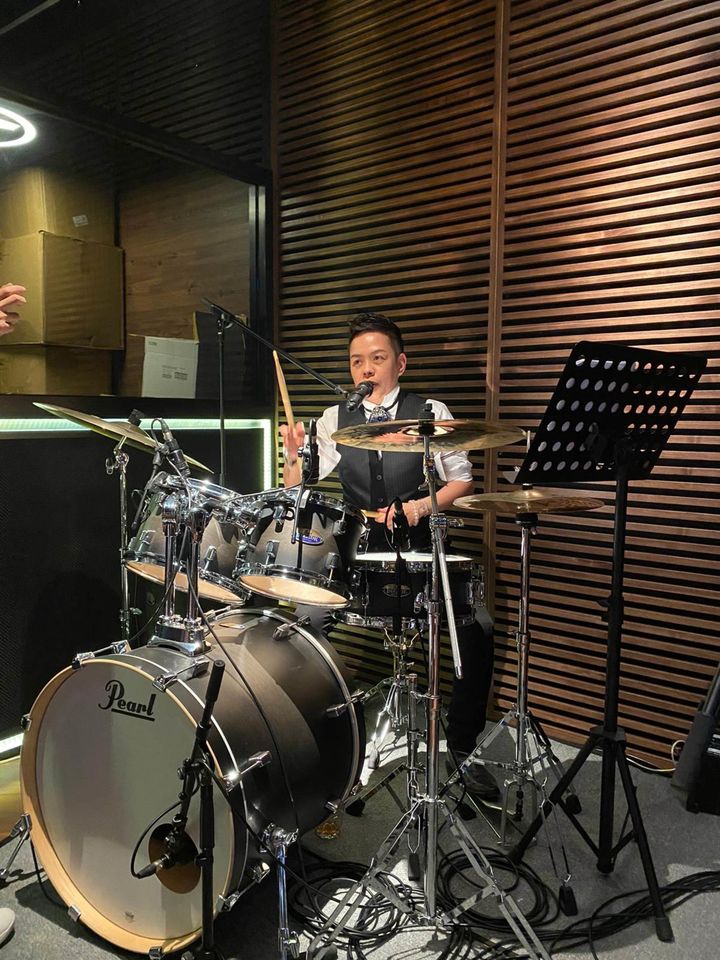 Babe Tree, a songwriter and performance artist in Hong Kong.

“The important thing is that the professional musicians’ community is behind Lito now to open a dialogue with Legco. After all, bureaucrats like to talk to organisations and not individuals.”

Given the Omicron variant’s rampant spread across the globe, and with our local government under pressure to contain it for months, if not years, to come, one would certainly hope the HKMU can rise to the challenge.