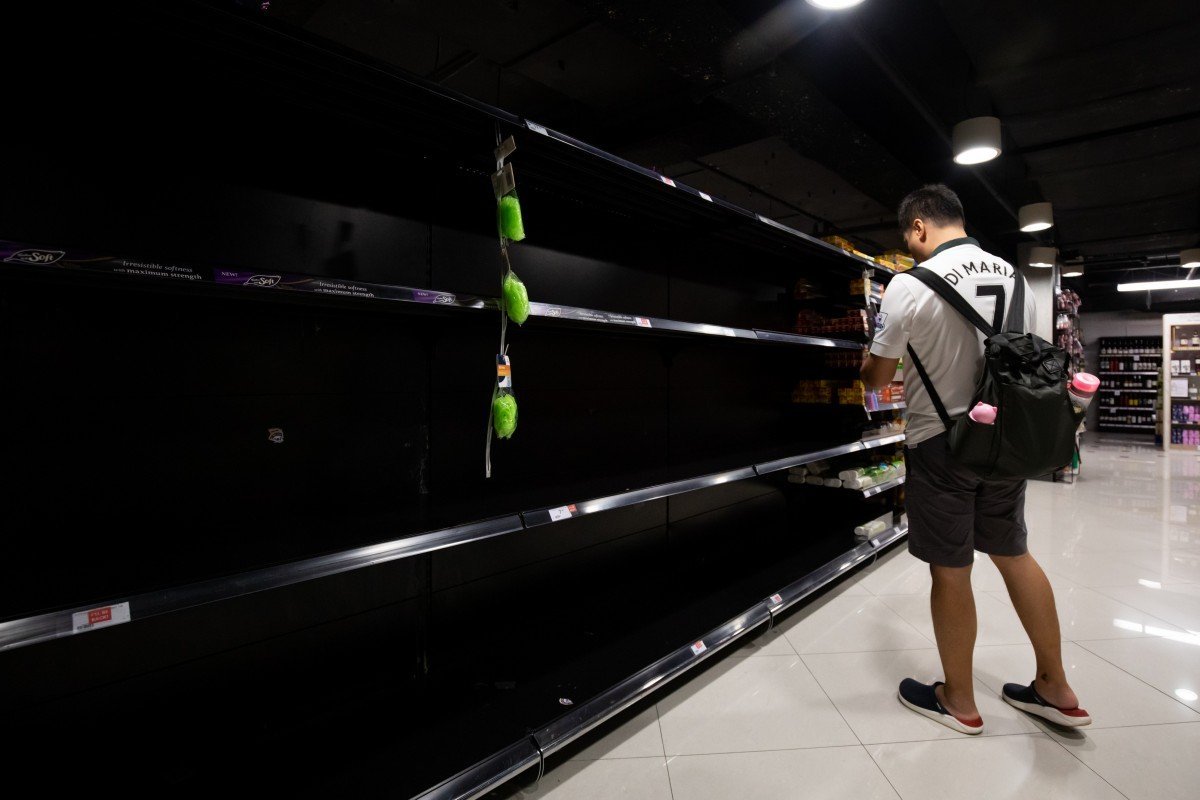 Don’t be so quick to mock Hong Kong’s misfortunes, Singapore. Your time could come, too

Hongkongers in a panic about the coronavirus epidemic are upset at being called ‘idiots’ by Singaporean minister Chan Chun Sing. He should understand Hong Kong is experiencing a complete breakdown in trust, which could happen to any city

Although the rivalry between Singapore and Hong Kong has often struck me as somewhat sophomoric, many people obsessively compare the two cities, especially when it comes to economic achievements.

As the coronavirus outbreak spreads, people in Hong Kong who have had to queue overnight to get face masks are becoming bitterly aware of just how different things are in the Lion City, where the government is providing masks for citizens. It’s only four per household, to be exact, but in a time of crisis, few people are going to get bogged down in the details.

In the recently leaked 25-minute audio recording of Singaporean trade minister Chan Chun Sing’s remarks, at a closed-door dialogue with members of the Singapore Chinese Chamber of Commerce & Industry, plenty of comparisons were made between Singapore and Hong Kong.

Now, if we in Hong Kong can get over being called “idiots” by Chan, who has been tipped to be the next deputy prime minister, we may be able to see the point of what he said, namely that the decision to give each household four masks was not an easy one to make.

Chan described the government initiative to distribute face masks as a “gamble”, which was taken to calm nerves. He also said the government had been in a bind because it had to conserve mask stocks to ensure an adequate supply for health care workers, while battling the perception that it didn’t care about Singaporeans.

Evidently, masks do not just offer protection against Covid-19 to ordinary people, they also protect a government against widespread public resentment.

While Hongkongers have every right to take offence at Chan’s comments, we should note that Chan said similarly harsh things about some of his fellow countrymen – the ones who followed our example and went on panicked shopping sprees.

I do understand the anger because Chan’s comments were mean. Kicking a man when he’s down is not exactly honourable behaviour. It’s shameful, actually, coming from a leader and it reflects badly on him, as well as the country he represents. It ignores the fact that Hong Kong appears to be down and out.

Granted, we’re lying on the ground because we tripped over ourselves, but mocking Hong Kong’s misfortunes – getting a laugh at the expense of people caught in their most vulnerable moments – still smacks of Schadenfreude and a complete lack of empathy.

Hong Kong is suffering a total breakdown in trust at all levels. Our social fabric has been ripped to shreds. People have not recovered after months of witnessing violent physical assaults day in and day out; openly taking political sides is having devastating consequences; best friends and closest family members have severed ties; the glut of fake news has put people on edge. In this toxic climate, public panic about a disease without a cure (yet) is only to be expected.


Still, even if Chan is lacking the empathy gene, let’s hope he will be able to learn a lesson from Hong Kong’s experience.

The question he should perhaps ask is why, in the absence of any social or political crisis, some Singaporeans were also “behaving like idiots” and hoarding toilet paper, for example.

Months ago, Prime Minister Lee Hsien Loong responded to the Hong Kong situation with sympathy, and had the wisdom to ask himself and his fellow citizens some hard questions.

“Can this deep social angst happen here?” he said. “Can this social division befall us? And my answer is, yes it can if we are not careful. If it happens to us, like what’s happening elsewhere, we will suffer the same consequences as the other countries, only worse because we are that much more vulnerable.”

Let’s hope Chan’s comments provoke enough anger in Hong Kong for us to step forward, overcome divisions, rise from the ashes of hate and fear, and come together as a community. Let’s also hope Chan will notice that Chief Executive Carrie Lam Cheng Yuet-ngor’s pride came before her fall.