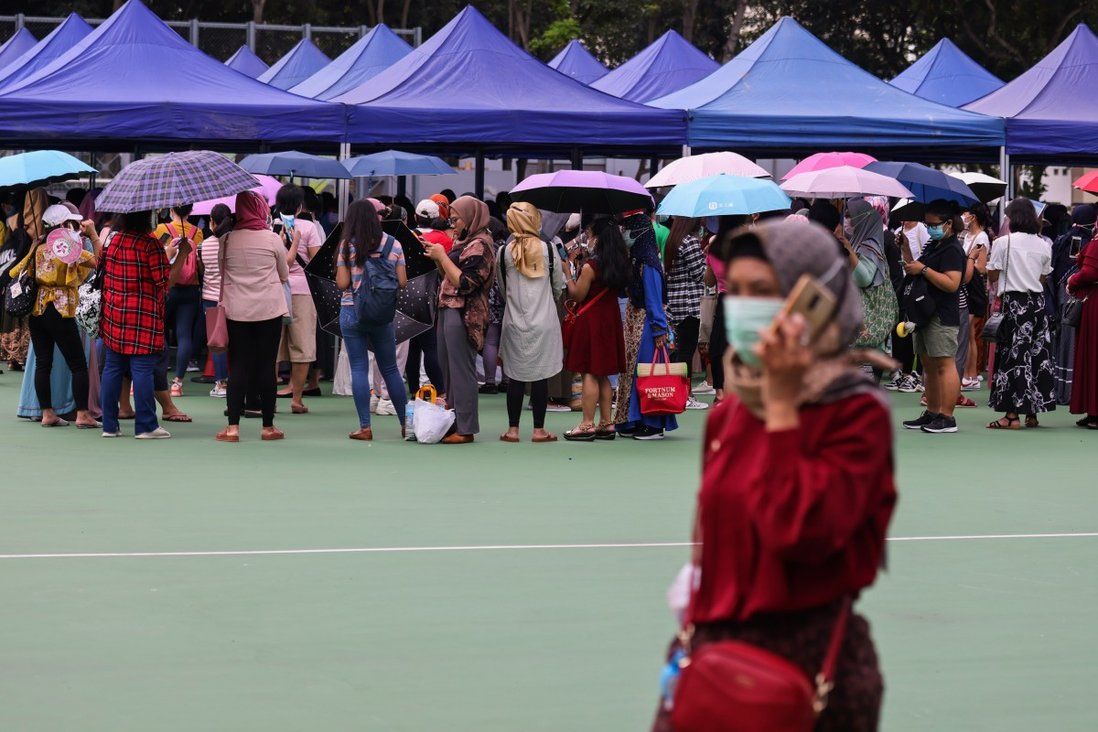 Domestic workers lined up outside Covid-19 testing centres on one of the hottest days of the year in Hong Kong on Sunday to comply with what many called a discriminatory government order they be screened again.

A few of them were dressed in red after a migrant rights group last week urged workers to wear the colour as a sign of protest over the requirement that all 340,000 helpers undergo a second test, despite the first round at the start of the month uncovering just three cases.

In ordering the second tests, the government pointed to the long incubation period of mutant strains circulating in Hong Kong, but workers questioned the logic.

“It’s hurtful when the government says we need to get tested just because we go out to meet friends once a week,” said Sheila Tebia Bonifacio, 37, on Chater Road in Central.

“If we get infected with Covid-19, we risk losing our jobs here in Hong Kong, many of us are breadwinners for our families back home.”

Although Bonifacio had received her second vaccine dose on May 12, meaning she was exempt from the order, she took the test on Sunday morning because she was “afraid of the mutant strain”. Workers who fail to be tested a second time before May 30 face a HK$5,000 fine (US$643) – more than the their HK$4,630 minimum monthly salary.

Helpers or their employers can also book a slot at any of the community testing centres or obtain a kits for deep-throat saliva specimen collection from post offices, vending machines at MTR stations and general outpatient clinics. 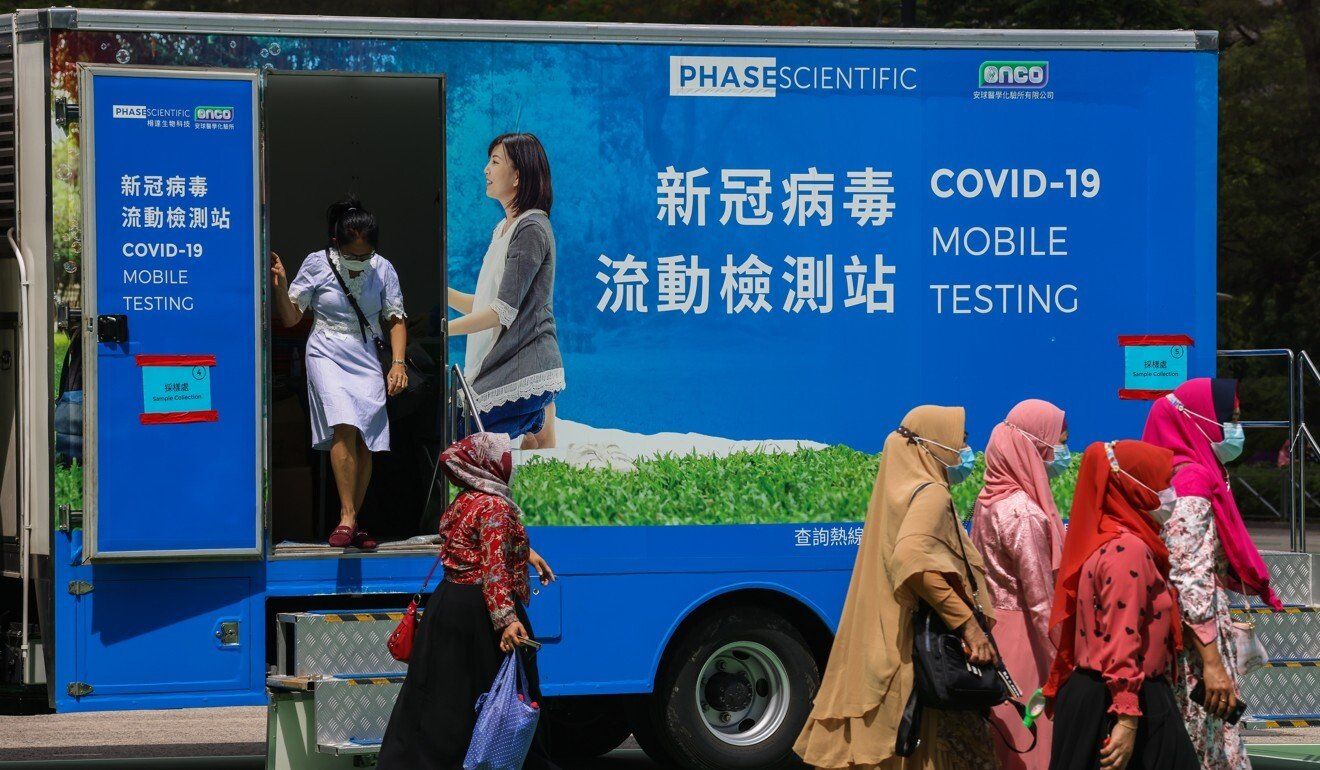 Domestic worker Mavelyn Calixto, 39, was among dozens lined up at 2pm to be tested in Central.

“It was very chaotic on May 1 and 2 because a lot of people didn’t know where to get tested for free,” she said.

During the first round, domestic workers only had nine days to comply with the order, while this time around they had about two weeks. Some domestic workers had also taken their second vaccine dose which meant queues were shorter, Calixto said, adding she would do so on June 2.

“I want to protect myself and the people I am around with. We’re lucky to get vaccinated in Hong Kong,” she said.

In Causeway Bay, about 100 people lined up at the testing centre in Victoria Park at around 3pm.

Indonesian domestic worker, who goes by the single name Lesteriman, said she queued for about 20 minutes.

“Last time, on May 1 and 2, the line was very long, all the way around the park,” said the 42-year-old. She welcomed the longer period of time to comply with the government’s latest order and said she had booked her second vaccine dose for June 1.

But another Indonesian domestic helper said being forced to undergo a second round of testing was inconvenient. 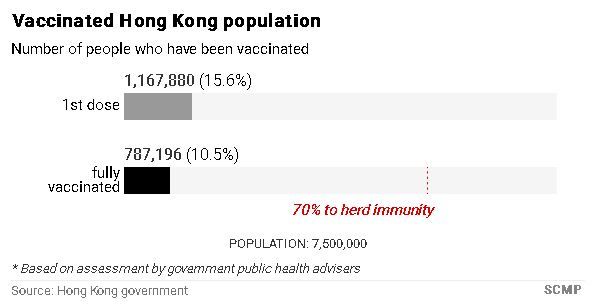 There were very few cases found last time and [the government] didn’t really explain why we have to go do testing again,” said Leni, who uses just a single name.

The 22-year-old who has worked in the city for two years said her employers had booked and paid for her to undergo a health check to ensure she could safely take a Covid-19 vaccine.

The Labour Department said it conducted spot checks on 3,539 domestic helpers over the weekend and most of them had complied with the compulsory testing notice, while there were 20 people whose vaccination records required further verification.