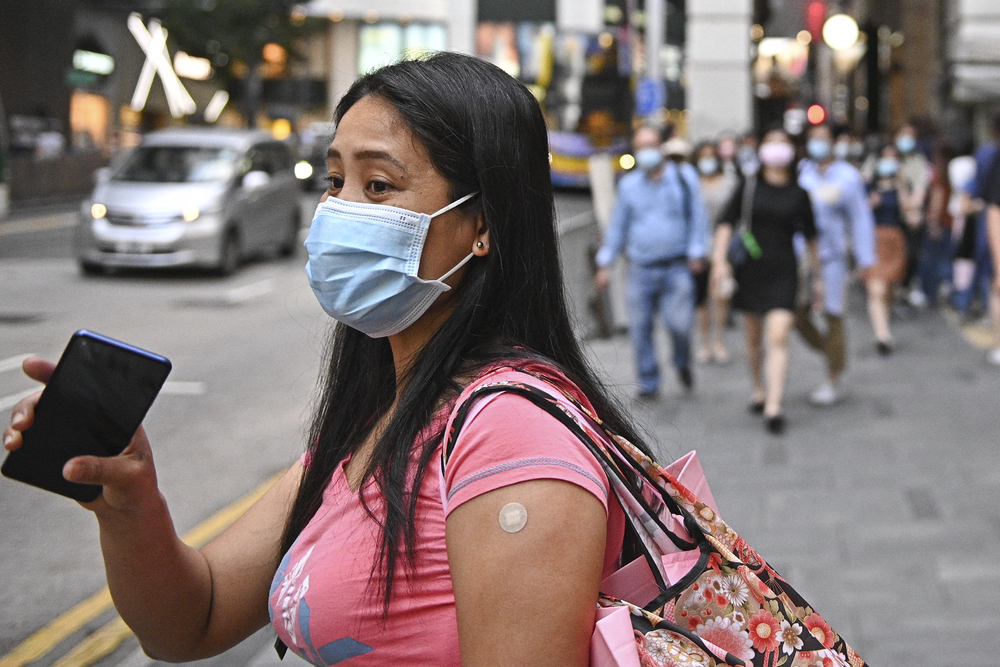 Domestic workers queue up for Covid-19 testings amid government requirement

Domestic workers flocked to community testing centers and mobile specimen collection stations to undergo Covid-19 testings today under the shimmering heat, as the government has required some 370,000 of them to do so on or before May 9.
The government is also mulling to make vaccination a requirement for the visa renewals of domestic workers, after two helpers were confirmed with mutated strains.

Over 1,000 of domestic workers were seen queuing behind the specimen collection station in Victoria Park in Causeway Bay at noon, with some having waited for 5 hours.

And around 5,000 domestic workers lined up behind the station in Lai Chi Kok Park at 1 pm.

In the meantime, around 300 domestic workers waited to be tested at the station in Tsuen Wan Park.

Gayathri, a domestic worker who had queued up at Victoria Park for five hours since 9.30 am, said she completed her testing at 2 pm.

"I am not worried about contracting coronavirus, but still I will booked for inoculations,” she said.

Another domestic worker, Alpha, said she had waited for 4.5 hours since 9 am to complete the testing at the same park.

But overall speaking, she was satisfied with the government’s arrangement of the testing catered for domestic workers.

Asked if she would book for inoculations, Alpha said she would discuss the matter with her family members first.
#COVID-19  #Covid  #Coronavirus
Add Comment