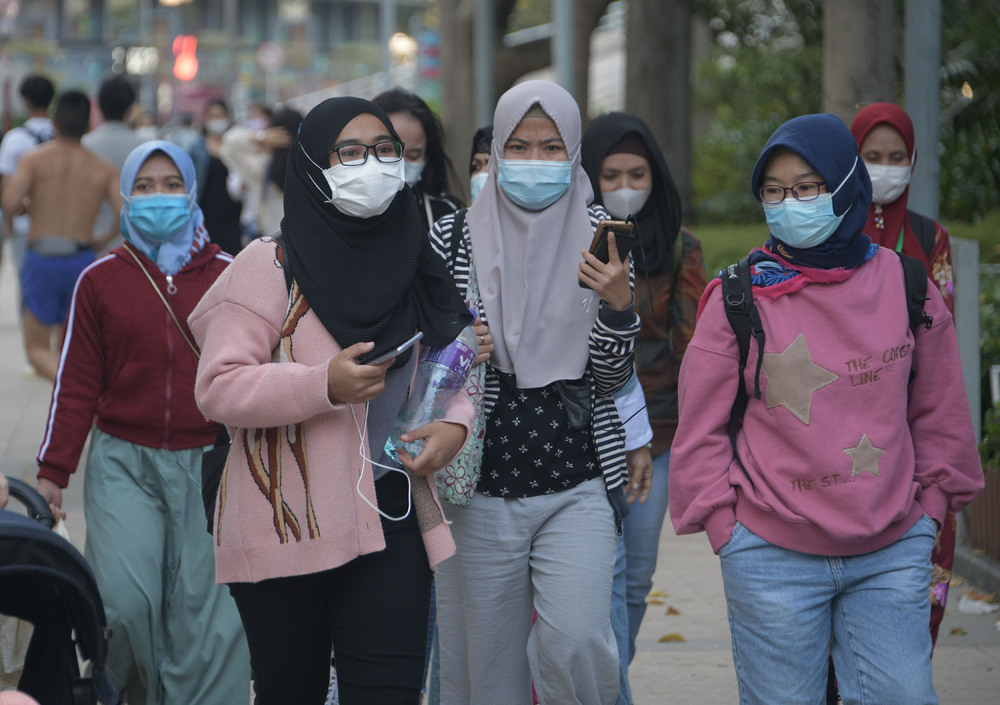 Families with foreign domestic helpers are 13 percent more likely to have a second child, a Baptist University survey has found.
The university surveyed 2,003 Hong Kong couples aged between 18 and 55 from 2018 to last year. Some 18.5 percent currently hire foreign helpers and another 25.7 percent had helpers in the past.

Comparing married couples with at least one child who employed helpers to those who didn't, working fathers and mothers with maids could enjoy an average of 3.6 hours and 6.5 hours more free time per week respectively as they are spared from chores.

That allowed dads and moms to spare an average of 2.9 hours and 3.4 hours more per week respectively on childcare, even though they had to spend up to 3.7 hours every week to manage their helpers.

Results of the survey also suggested that having foreign helper encourages fertility rates.

For couples married after 2000 who have one child and employed helpers, they are 43.3 percent likely to give birth to a second child six years after their firstborn, comparing to 29.9 percent for those who did not have helpers.

However, the phenomenon was not observed concerning a third child.

The SAR is facing a shortage of helpers due to flight restrictions amid the Covid-19 pandemic, and the university's assistant sociology professor Adam Cheung Ka-lok said less well-off households find it difficult to retain their existing helpers as they are less financially capable of offering higher competitive pay.

“The employment of helpers at these less well-off families are more unstable, so they often needed to hire new helpers frequently,” he said.
#COVID-19  #Covid
Add Comment