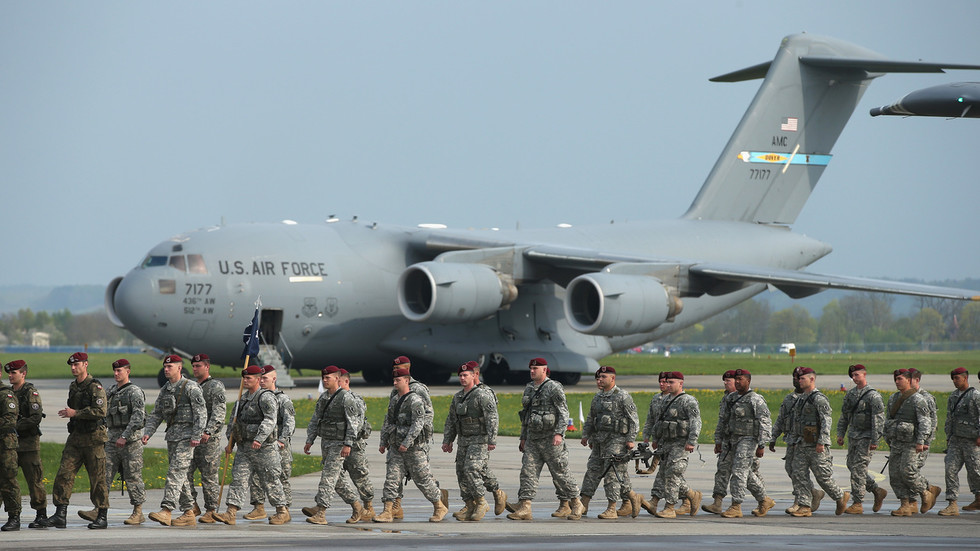 Does the US really need to spend $800bn on its military?

Joe Biden’s likely request for a record-breaking defense budget shows America’s priorities remain all wrong
President Biden is expected to ask Congress for a record-shattering military budget for the fiscal year 2023 that will exceed $770 billion and could reach $800 billion, according to a Reuters report on Wednesday, which cited anonymous sources.

While the story has yet to be confirmed, there are many reasons to believe its veracity – and it raises serious questions about the country’s direction.

For starters, American military contractors, who are among the most influential lobbyists in Congress and have a revolving door with the US government, anticipate this will be the case. Just look at what some powerful people in the industry have already said publicly.

James Taiclet, CEO of Lockheed Martin, told investors in a quarterly earnings call on January 25 that “there’s renewed great power competition that does include national defense and threats to it,” mentioning that his company needs to be able to meet the demand for what he expects will be higher defense spending in the future.

Raytheon CEO Greg Hayes went a step further on his earnings call the same day. He said that his company is seeing “opportunities for international sales” from conflicts around the world, meaning more defense spending from both America and other countries.

He explained, “We just have to look to last week where we saw the drone attack in the UAE, which have attacked some of their other facilities. And of course, the tensions in Eastern Europe, the tensions in the South China Sea, all of those things are putting pressure on some of the defense spending over there. So, I fully expect we’re going to see some benefit from it.”

Do these guys know something we don’t? Well, the answer is yes, of course they do. The priorities mentioned in the Reuters report for Biden’s spending request would directly impact their companies – for example, modernizing the country’s ‘Nuclear Triad’, updating missile systems, and acquiring new fighter jets, such as Lockheed’s F-35.

Another point worth making about this likely increase in spending is that while Biden is expected to ask for over $770 billion, the number that passes through Congress will probably be much higher. Given this year’s record-high inflation, it means that defense spending will have to increase substantially – to at least over $850 billion – just to keep pace.

Congress has a proven record of giving administrations even more than they ask for when it comes to defense, which is something that transcends the partisan divide. As an example, the budget request during Donald Trump’s final year in office was for $752.9 billion, but that was increased by $25 billion to arrive at a total of $778 billion for the fiscal year 2022. There is every reason to think this trend will continue.

Ironically, around six months ago Biden gave a speech promising a paradigm shift in American foreign policy, an end to “forever wars” and attempts to “remake other countries” with the military. While there were asterisks to add to this that were obvious at the time, it now seems the US is not going to divert war resources to much-needed programs at home, but instead will direct them to new fronts in the forever war, as military contractors have hinted.

For example, there are still thousands of Americans dying from Covid-19 every day. If human life and wellbeing were properly valued, it would be a good idea for the government to put more funding toward its healthcare system. Even pre-pandemic, there were tens of thousands of people dying yearly because of a lack of access to basic health care.

At the time of writing, America’s student debt crisis has reached a monumental total of $1,883,629,046,704. The US is a notoriously unaffordable place to seek a higher education and this debt is crippling young people, even though loan repayment has been paused through the pandemic. In fact, so inaccessible has education become that enrollment in colleges and universities is plummeting – and the White House has gone as far as to describe this problem as a looming national security threat.

There also more basic things to consider, such as the country’s collapsing infrastructure. Sure, Biden passed a bipartisan, $1 trillion infrastructure bill – but this doesn’t even come close to addressing the US’ massive needs. A lot of this has to do with climate change and modernizing or retrofitting existing infrastructure, but the plan to address that is stalled in Congress with no hope of being passed. The country could use a Green New Deal to both adapt to the future and build new infrastructure, with Texas’ flimsy, independent power grid providing a prime example why.

It tells you a lot about America that a $770 billion-plus defense budget is being seriously discussed while the country has all of these gaping wounds – and Biden’s legislative plan to put a band aid on them, the Build Back Better bill, is jammed in Congress. It’s even more galling that this desperately needed funding is being diverted to the military because of situations that the US helped create in the first place.

And while you might think this makes no sense, the net result will be the age-old story of a wealth transfer from taxpayers to military contractors and their shareholders, the people who need help least – as is ever the case in America.
#Donald Trump  #Joe Biden  #COVID-19  #Covid
Add Comment