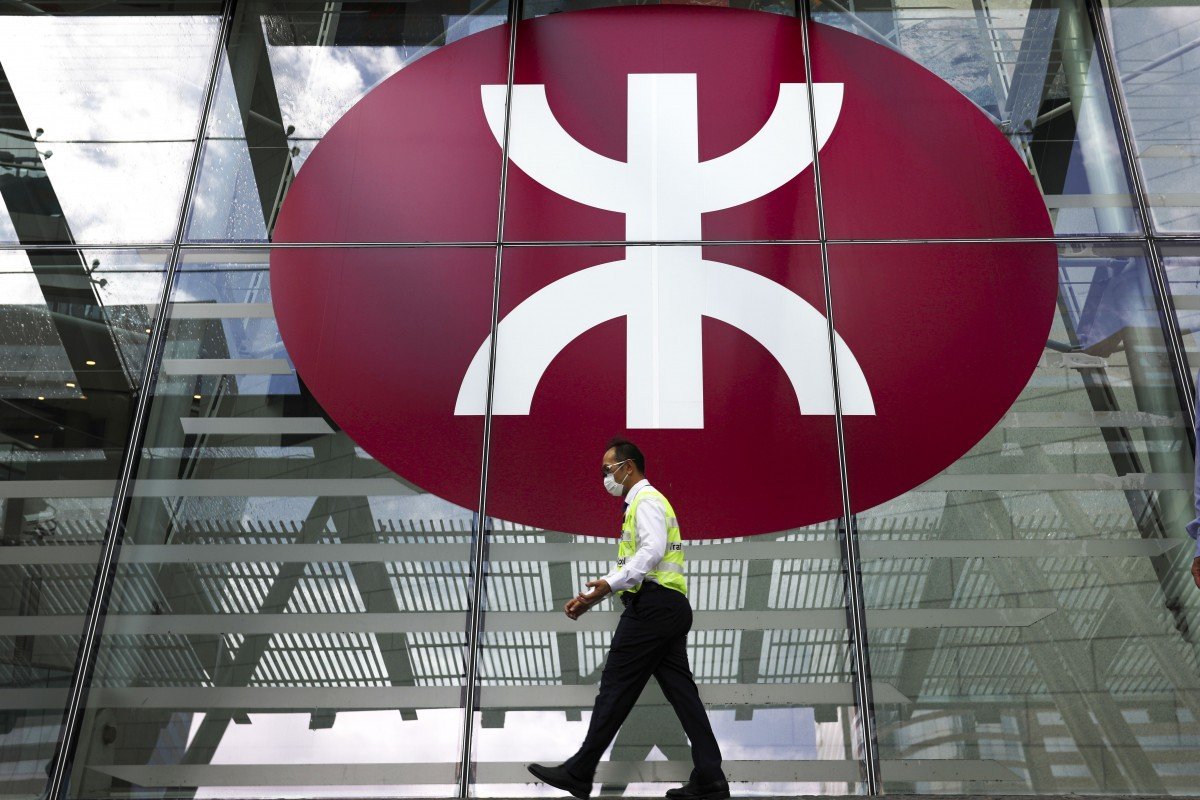 The MTR Corporation’s aborted launch of a new signalling system has renewed calls for the Hong Kong government to shake up the city’s problematic rail transport scene.

Critics slammed the eleventh-hour decision to hold back the signalling system for the East Rail line last Saturday, after the company discovered a software glitch during testing.

They said it highlighted once again the company’s unresolved governance issues, including a poor corporate culture and a lack of transparency, despite an overhaul of its top management last year following a series of project scandals and mishaps.

The Electrical and Mechanical Services Department was only informed on Thursday – two days before the launch – that the new signalling system
was being suspended. It ordered the MTR Corp to submit an investigative report in three months, including a review of its internal communications and reporting mechanisms.

The fiasco also looks set to cause a delay of up to six months to the scandal-hit Sha Tin-Central rail link, the city’s costliest rail project at HK$90.7 billion (US$11.7 billion). After repeated delays and cost overruns, it was supposed to become fully operational in the first quarter of 2022.

The original plan for September 12 was to bring into service six shorter trains – comprising nine carriages rather than 12 – with 31 more to follow within 18 months. The signalling upgrade, along with the shorter trains, would have ensured the line conformed with platform designs for the connecting Sha Tin-Central link. 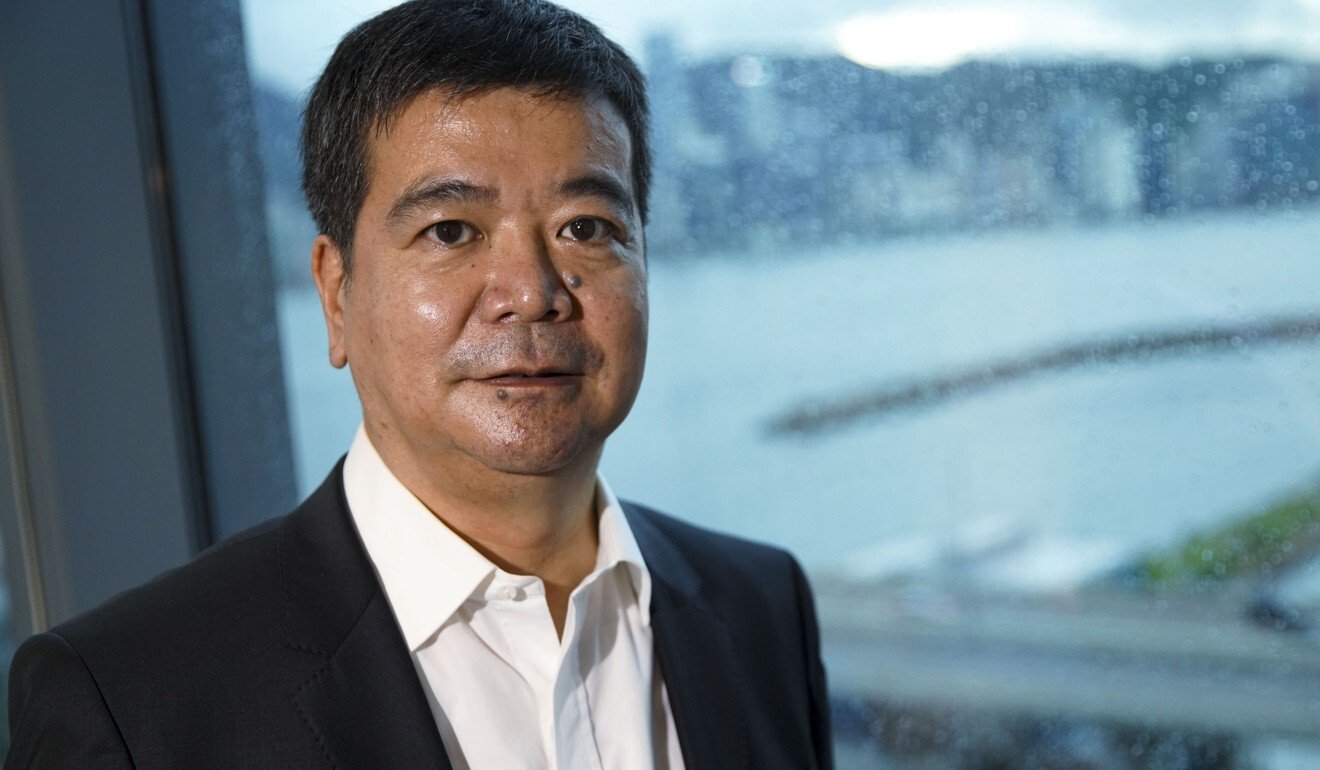 Henry Cheung Nin-sang, chairman of the Association of Hong Kong Railway Transport Professionals, said “a small matter” had snowballed into a management disaster because of miscommunication and the way certain parties skirted their responsibilities.

“The upgrade launch was announced on August 28, when the MTR Corp assured the public everything was ready and the signalling system had proved safe,” he said.

Cheung, formerly operation division head of the MTR’s signalling system, said he understood that during testing the project team discovered a computer bug which could cause a train to deviate from its intended course in rare circumstances and mistakenly follow the route taken by a previous train.

It was a relatively minor problem which would not have compromised rail safety, he said. 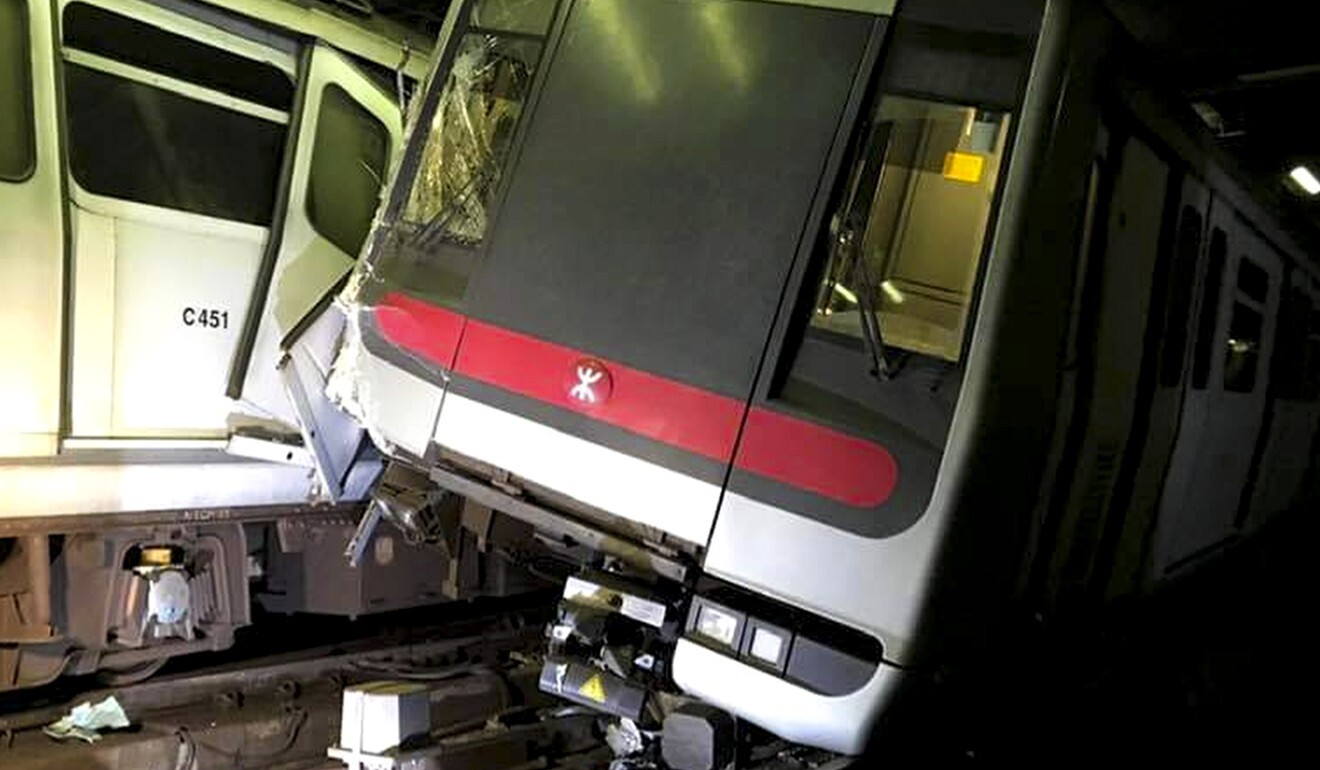 A damaged train in a crash last year.

But as it would have taken time for the software supplier to fix the glitch, he said, the project team decided to proceed with the system launch and felt they could switch to a manual operation where necessary.

However, when the operations team learned there was a risk to rail service efficiency, it asked the project unit to fix the software problem first.

“A manual operation is prone to human error and might prolong journey time, and these were risks the operations team refused to take,” Cheung said.

He felt the incident showed that nobody at the MTR Corp was willing to take responsibility for decisions. “Divisional heads just flung the ball back to other parties for fear of taking the blame if anything went wrong,” he said.

Cheung called for competition in the rail market to improve Hong Kong’s rail service and push for fundamental change in the corporate culture of the city’s sole rail operator.

“The problem is that the MTR Corp is becoming a behemoth too complex to handle. It deals with different types of businesses – property development, retail and rail operations,” he said. “Its governing structure is too complex for top management to have effective control of the entire operation.

“With too many parties being involved in the decision-making process, its collective responsibility system has turned into one that is unaccountable with nobody willing to take the final responsibility.”

The government is already studying setting up a new department to supervise railway operations.

MTR Corp, listed on the stock exchange in 2000, is about 75 per cent owned by the Hong Kong government after merging with the wholly government-owned Kowloon-Canton Railway Corporation (KCRC) in 2007.

The company’s recent misfortunes included the city’s first train crash during non-operating hours in March last year, followed by a derailment in September
near Hung Hom station, and allegations of shoddy work for the Sha Tin to Central link project.

“Without competition, it will be difficult for the MTR Corp to reflect on its problems and correct mistakes,” Cheung said. He pointed to Singapore as an example, saying its rail system was run by two operators, SMRT Trains and SBS Transit.

Delays on Hong Kong’s MTR after trains collide in overnight test, and separate incident of a person on tracks

He advised the government to buy back the MTR Corp’s rail business for it to be wholly supervised by a new railway department, while its real estate and retail business could be retained by the listed company.

“When the government wholly owns the MTR’s rail business, it can redistribute some rail lines for an open tender. The new lines could be constructed by KCRC and rail operations will undergo a bidding process,” he said.

Transport operators such as KMB and Hong Kong Tramways were capable of running rail operations, he argued. 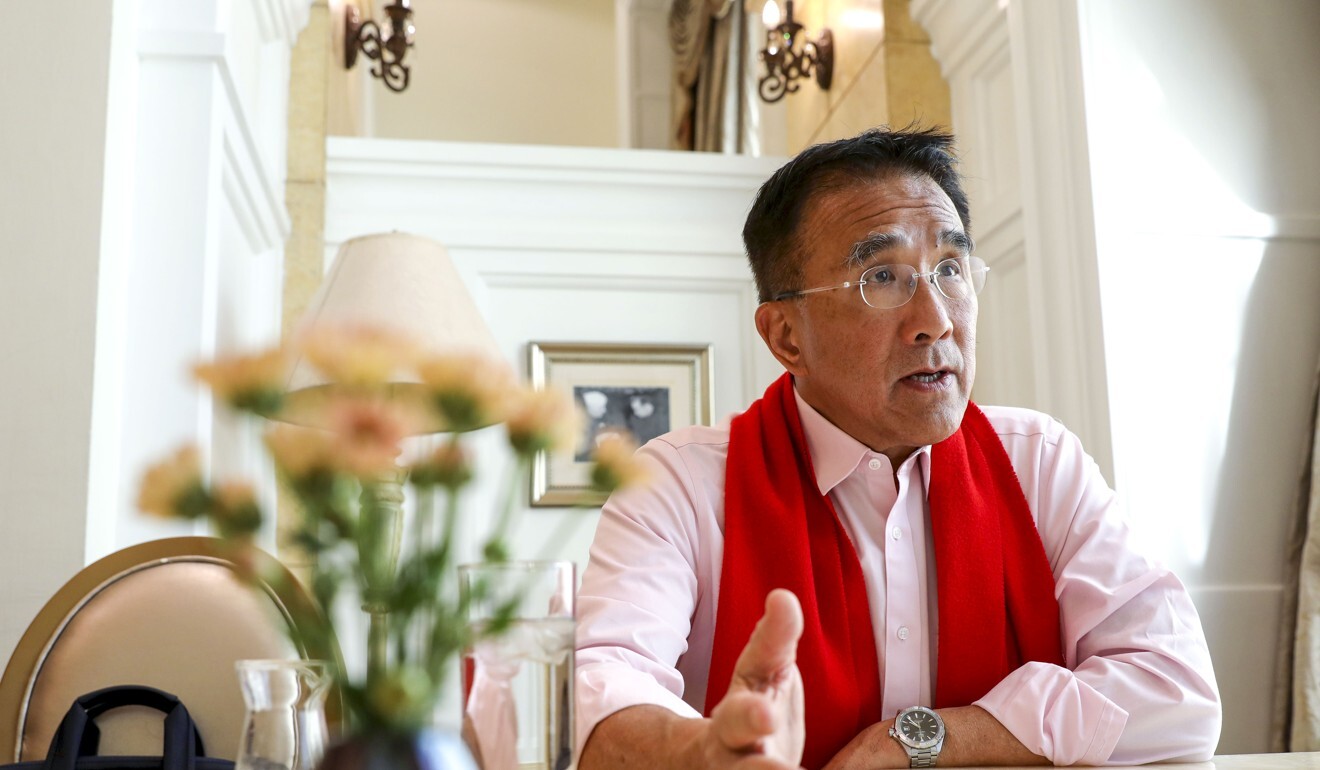 However, lawmaker Michael Tien Puk-sun, former chairman of KCRC, saw no need to inject competition in the rail market.

“This is unfeasible and unnecessary,” Tien said. “Without offering connectivity to the rail system as an incentive, it can’t attract bidders to run just part of the rail lines.”

He foresaw more management problems if rail networks were run by different operators and could not be interconnected.

Tien said the East Rail signalling system incident had nothing to do with railway safety, but showed up MTR Corp’s failure to take public perception into consideration in its decision-making processes.

“Public perception is the combination of communication and transparency,” he said. “If the MTR had given a transparent account of the technical problems and consequences they encountered at the earliest possible time, this issue would have been resolved easily.

“Hong Kong is a place that attaches great importance to public perception and transparency. Having learned many painful lessons, the MTR Corp needs to address these issues to restore public confidence.”

“The core of the problem lies with the government’s overreliance on the MTR Corp to solve all management issues without an effective government system to oversee the rail operation,” Cheng said. “Given its monopoly, the MTR Corp has no incentive to improve its governance or transparency.”

Under the terms of the rail merger, the MTR Corp has a 50-year franchise to operate its railways and those of KCRC, but Cheng felt this could be revised.

“It depends on whether the government has the will to change the status quo. If there’s a will, there’s a way,” he said.

Hong Kong’s MTR by the numbers

MTR Corp said an investigation panel had been set up to look into the signalling system incident. “At the same time, it’s a priority of the corporation to work closely with the contractor to carry out necessary enhancement works before launching the new signalling system,” it said.

Responding to queries from the Post, a Transport and Housing Bureau spokeswoman said the bureau was “gravely disappointed” with the last-minute deferral of the new signalling system and had urged the company to seriously follow up the matter.

She said the government was studying the roles, responsibilities, staffing and structure of a new railway department with reference to the ongoing consultancy and would take the issue to the Legislative Council in due course.

The spokeswoman said that under its operating agreement with the government, the MTR Corp ran all existing rail lines. For new projects, it would depend on whether there were other companies with the capability and resources to undertake the tasks.

“The MTR Corp, as the operator of the existing railway network in Hong Kong, can achieve better synergy in implementing new railway projects, thereby facilitating the connection of railway networks and services for the benefit of the general public,” she said.