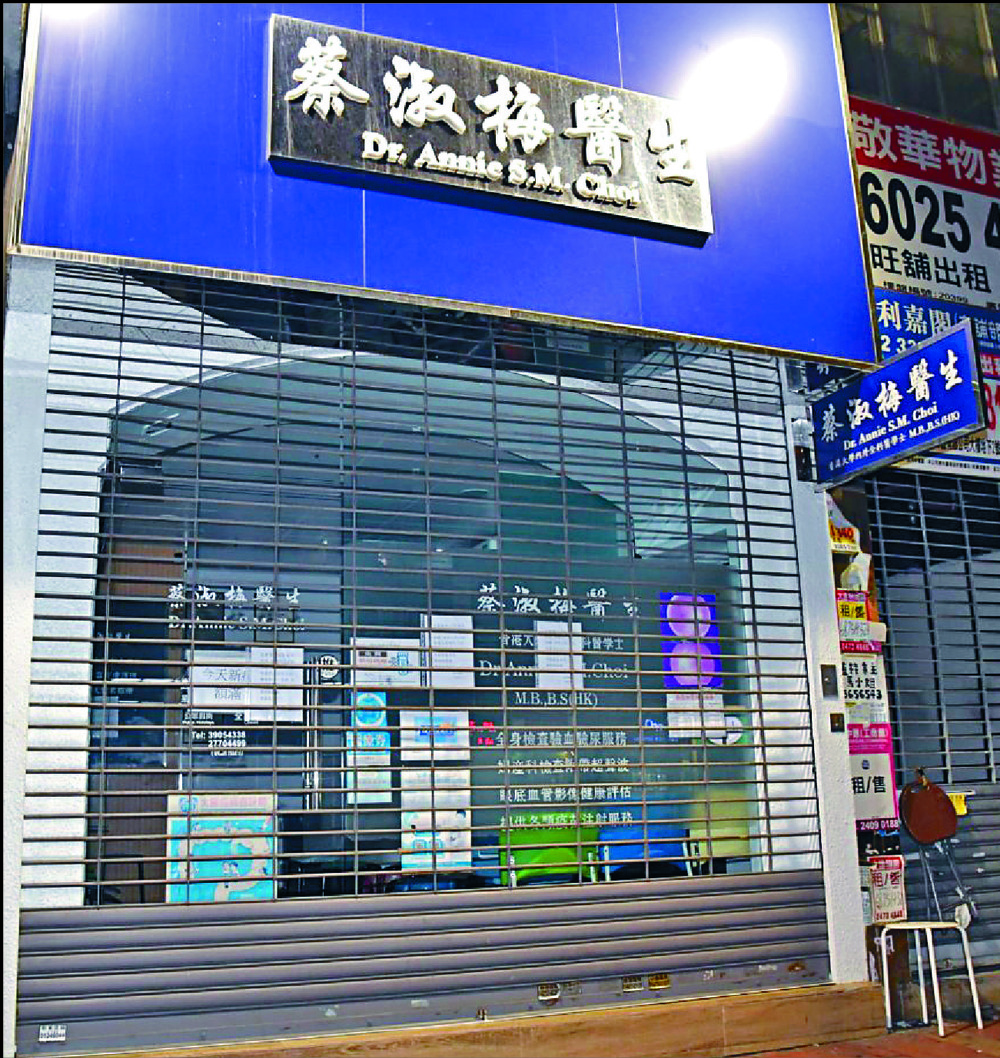 A doctor in Yuen Long was released on police bail yesterday after her arrest for allegedly issuing more than 6,000 vaccination exemption certificates in a month and getting HK$3 million without proper diagnoses.
Annie Choi Suk-mui, 64, is alleged to have issued the certificates under a template issued by authorities for HK$500 each last month, about 200 per day on average.

She has to report back to the police early next month.

A posted outside the clinic on Monday said staff would "take a rest" this week and it will reopen after the Mid-Autumn Festival holiday.

Chief Inspector Tai Yuk-lun said "the Yuen Long division attached great importance to the case and had passed it on to Yuen Long crime unit."

Chief Executive John Lee Ka-chiu warned yesterday that possessing or issuing false instruments is a serious crime punishable by up to 14 years in prison.

"If any doctors were suspected of committing professional misconduct, we would hand over the case to the Medical Council for follow-up," he said.

A government spokesman called on people to get vaccinated, saying it is irresponsible to use fraudulent medical exemption certificates to enter premises.

"If one claims he can't have the jab as his diabetes isn't under control, he has to prove it," he said. "We often refuse requests if they don't have adequate proof."

Choi advised patients to request the certificates if they suffer from rare diseases or have allergies after vaccination, while doctors are also responsible for understanding patients' conditions.

"I heard from government doctors they regularly have patients saying they get heart inflammation or nervous system disorders after vaccination," he said. "And the doctors are willing to issue the certificates if patients can provide adequate proof of the adverse effects."
#vaccine
Add Comment