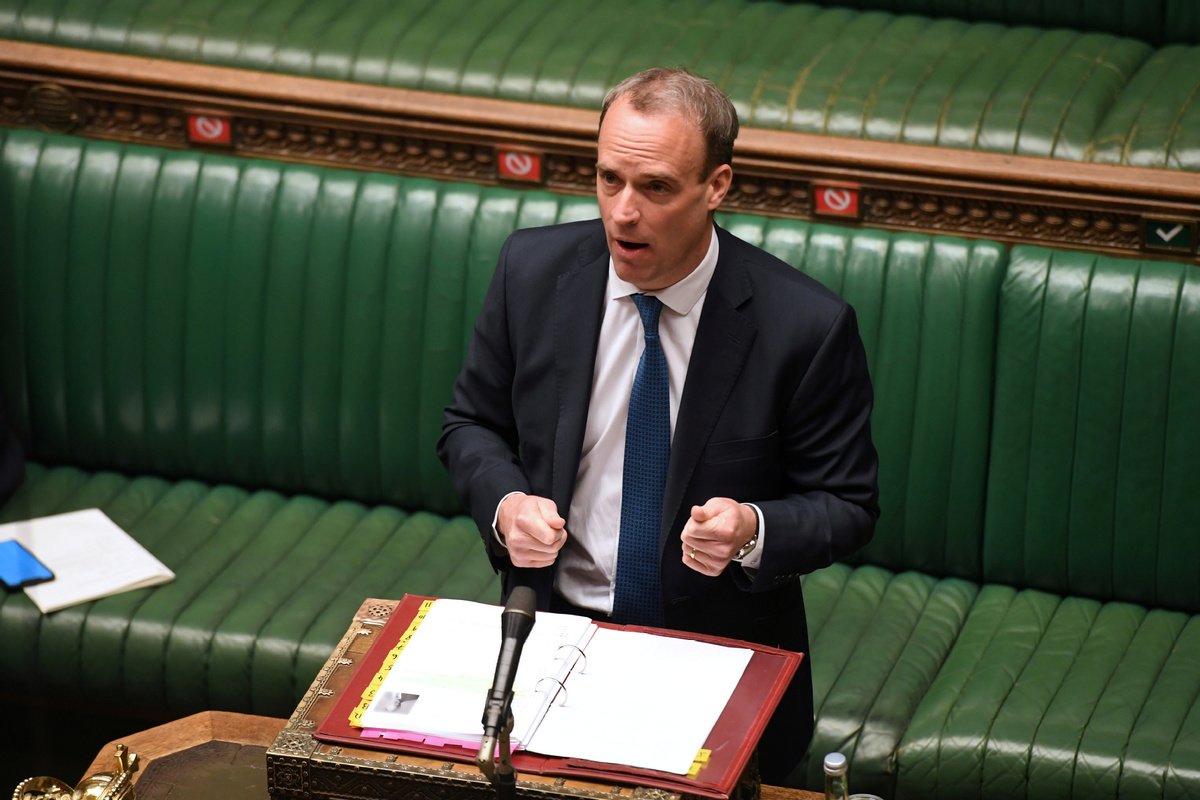 Do not cross the Rubicon over HK, UK warns China

The United Kingdom warned China on Tuesday not to cross the Rubicon over Hong Kong, saying the People's Republic should step back and adhere to its international obligations over the former British colony.
"It can cross the Rubicon and violate the autonomy and the rights of the people of Hong Kong or it can step back, understand the widespread concern of the international community and live up to its responsibilities as a leading member of the international community," Raab said in the parliament

"We don't seek to prevent China's rise, far from it, we welcome China as a leading member of the international community and we look to engage with China on everything from trade to climate change," he said.

"To be very clear and specific about this, the imposition of national security legislation on Hong Kong by the government in Beijing rather than through Hong Kong's own institutions lies in direct conflict with Article 23 of China's own basic law," the British Foreign Secretary told parliament.

"And it lies in direct conflict with China's international obligations freely assumed under the Joint Declaration."

He added: "There is time for China to reconsider, there is a moment for China to step back from the brink and respect Hong Kong's autonomy and respect China's own international obligations.

Raab, though, cautioned that he did not expect China to change course. "We think that it is unlikely that will happen," he said.

If the controversial legislation goes ahead, Raab said the United Kingdom will form an alliance of countries to resist China.

He added that if Beijing forges ahead, British National Overseas (BNO) passport-holders in Hong Kong will be offered a path to British citizenship. Asked if London would go further, Raab said that the offer was already generous: around 300,000 holders of BNO passports and another 3 million were eligible.

"If China is willing to interfere on political and autonomy grounds, it is also likely to pose a longer term threat to the economic prosperity and economic model that Hong Kong reflects and embodies", he said.

"The sad reality is that if China continues down this track, it will be strangling what has long been the jewel in the economic crown," Raab said.