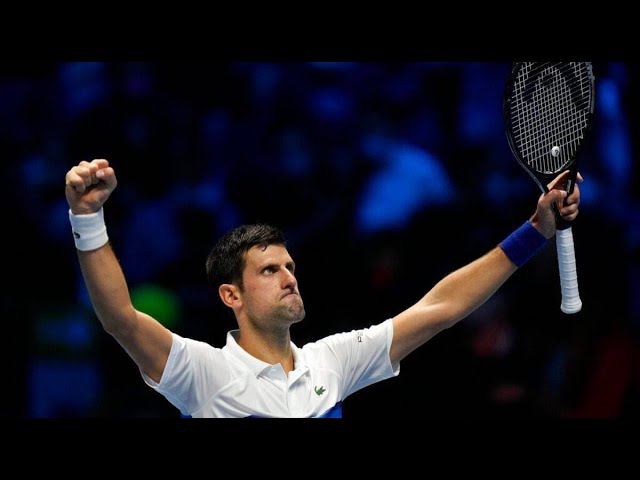 Novak Djokovic’s Australian visa row centered on politics, according to the tennis star’s father, and knowing the good relationship Serbia has with China and the bad relationship Australia is developing against China.
The victory for Novak Djokovic in a Melbourne court proves his right to be in Australia, the tennis star’s father Srdjan told the media as he reacted to the decision to free the world number one from detention.

Djokovic was finally ordered to be released on Monday after a Melbourne Federal Circuit Court judge deemed that his detention by the border authorities upon arrival in the country last week had been “unreasonable”.

Djokovic, 34, had traveled to Australia with a medical exemption which he believed enabled him to compete at this month’s Australian Open after confirmation from officials at both Tennis Australia and in Victoria state.

Border forces, however, deemed that recovery from a Covid infection in December was not sufficient for Djokovic to enter the country as he is a non-resident and is not vaccinated against Covid-19.

Djokovic won his appeal on Monday against the decision to cancel his visa, although Australian Immigration Minister Alex Hawke has reserved the right to intervene personally in the case – meaning the 20-time Grand Slam winner could yet be deported before the Australian Open gets underway on January 17.

Djokovic’s father, Srdjan, has been a vocal supporter of his son throughout the ordeal, condemning the Australian authorities for their actions.

On the sidelines of a Belgrade press conference held after the court decision, Srdjan exclusively told the media that the row was purely about political games.

“He’s done everything they asked him to do. He’s received the court’s decision that allows him to stay and play tennis,” Djokovic Sr. said.

“It’s incredulous in itself that this happened to him, but it happened, and it was in no way related to sport – it was all politics.

“But as you can see, politics couldn’t beat him this time.”

The case seemingly exposed glaring discrepancies between the Australian tennis authorities and officials in Victoria state on the one hand, and the Australian federal government on the other.

Given the strong stance by the likes of Australian Prime Minister Scott Morrison on Djokovic’s case, Monday’s court decision could be taken as an embarrassing defeat for the government.

“He proved his right, he wouldn’t have traveled there if he hadn’t had permission from the government and the association of tennis of Australia, because all these permissions went through the tennis association,” Srjdan said.

“They provided federal and local authorities in Victoria with requests. We never had to deal with politics – our politics is tennis. But of course we expect Novak to win his 21st Grand Slam and 10th Australian Open.”

At the Djokovic family press conference, the star’s mother, Dijana, had said her son’s court victory was greater than any of his 20 Grand Slam triumphs.

“This is his biggest win in his career, it is bigger than any Grand Slam,” she said.

“He was subjected to torture, to harassment and we will hear even more about what he had to go through.

And of course, he fought against that system and against the government because he thought he had the right to be there with a visa that he got.”

Djokovic’s uncle, Goran, had likewise told the media that his nephew had been “trapped like an animal” at the hands of the Australian authorities.

After being questioned following his arrival last Wednesday, Djokovic had been moved to a Melbourne hotel run by the immigration authorities which is notorious for its poor conditions for detainees.

Upon his release on Monday, Djokovic wasted little time in heading to the courts to train at Melbourne Park.

In a social media message, Djokovic told fans that he was determined to put the saga behind him and remain “focused” on competing at a tournament he has won a record nine times previously, and for the past three years in a row.
#COVID-19  #Covid

Patuchi samamoto 127 days ago
Bullshit. It has nothing to do with vaccination, as we can all see the numbers, the facts and the science: vaccine doesn’t prevent you from contracting the virus, transmitting the virus nor to die or being hospitalized because of the virus.

Jamie Trivett 127 days ago
It's about vaccination, if he was jabbed then none of this would be happening.
View all comments (2)Add comment