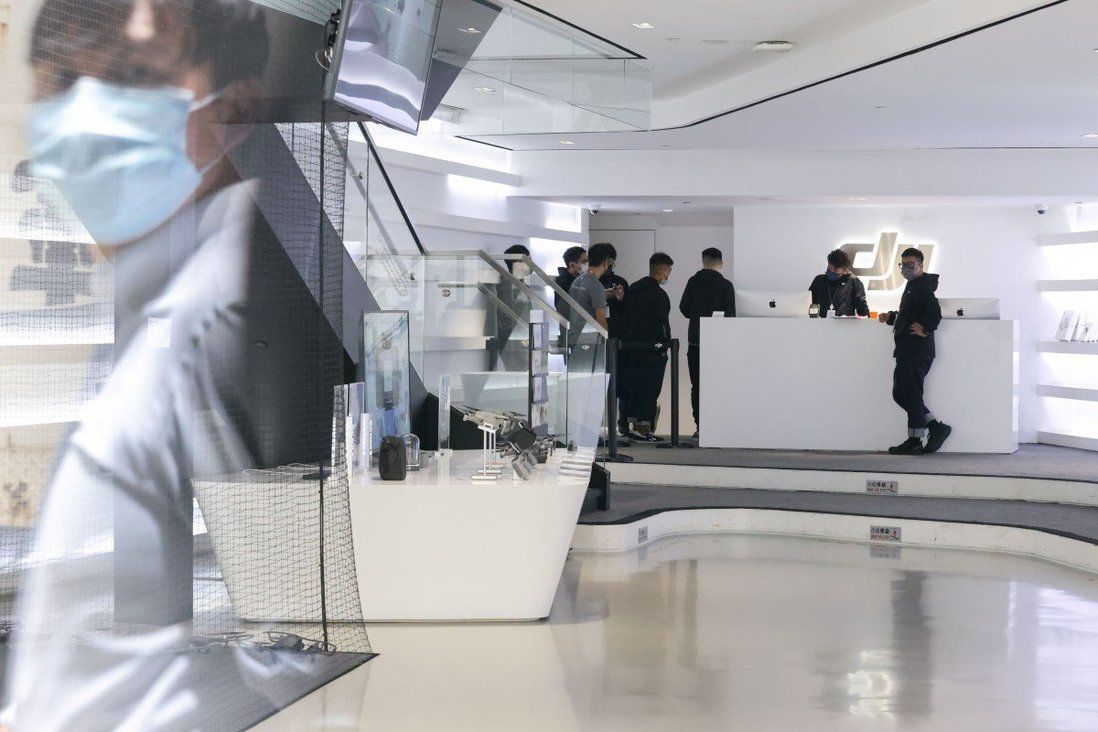 The closure of the store, which opened to great fanfare in 2016, marks the biggest casualty of Hong Kong’s Small Unmanned Aircraft (SUA) Order, which places stringent requirements on drone pilots to undergo training before they can be licensed to fly their machines.

The world’s largest maker of recreational aerial drones is shutting the DJI flagship retail store in Hong Kong, weeks after city authorities tightened regulations for pilots to qualify them to fly the gadgets.

DJI’s three-storey store at Tower 535 in Causeway Bay, measuring 10,000 square feet (929 square metres), will be permanently closed from August 16, to reflect “the company’s and market’s evolving needs” according to a notice that has been posted at the store’s entrance since August 9, adding that customers can still buy DJI’s drones from its online store as well as authorised dealers.

“We thank all the customers who have shown great support to us throughout the past few years,” the Shenzhen-based company said. “DJI will remain committed to our customers and partners in the Hong Kong market and around the world as we continue to develop the industry’s most advanced drones and creative camera technology.”

The closure of the store, which opened to great fanfare in 2016, marks the biggest casualty of Hong Kong’s Small Unmanned Aircraft (SUA) Order, which places stringent requirements on drone pilots to undergo training before they can be licensed to fly their machines. Drones weighing between 250 grams and 7 kilograms have to be registered, and pilots must undertake short web-based training where they are instructed on the allowable flying altitude and maximum distance. Pilots who want to fly drones heavier than 7kg will require in-depth training and pass competency tests at their own cost. 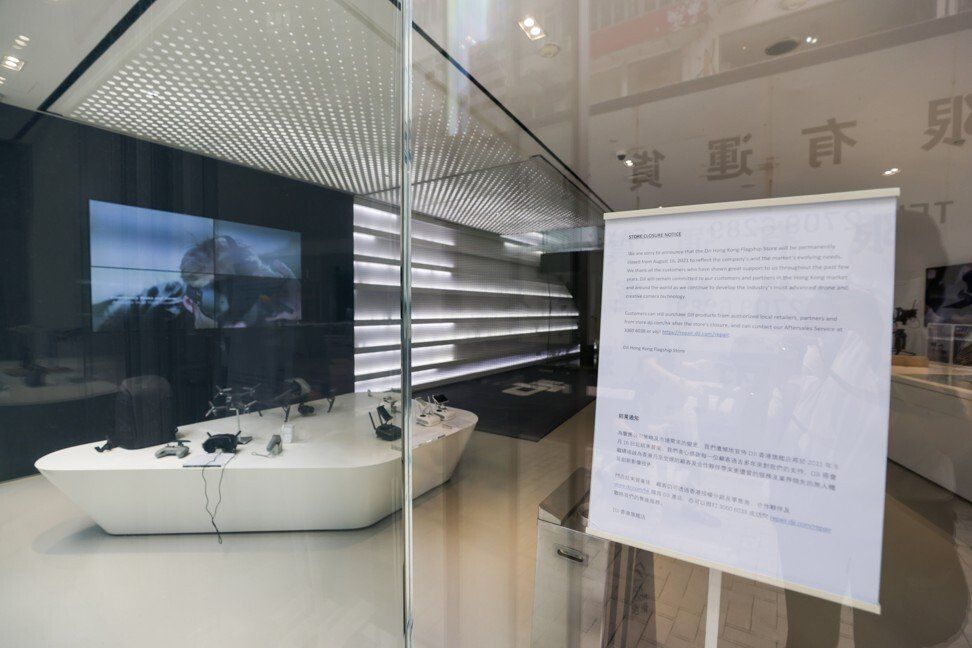 A notice at the entrance of DJI’s flagship store in Causeway Bay on August 11, 2021.

Insurance would also be mandatory for drones that exceed 250 grams, with coverage ranging from HK$5 million (US$642,000) to HK$10 million for the largest machines weighing over 7kg.

The regulation takes effect in June 2022, with a six-month grace period to allow owners to familiarise themselves with the new rules.

A DJI spokeswoman said the closure in Hong Kong reflected the company’s evolving needs and had no connection with the new regulations, in an email response to query by the Post. 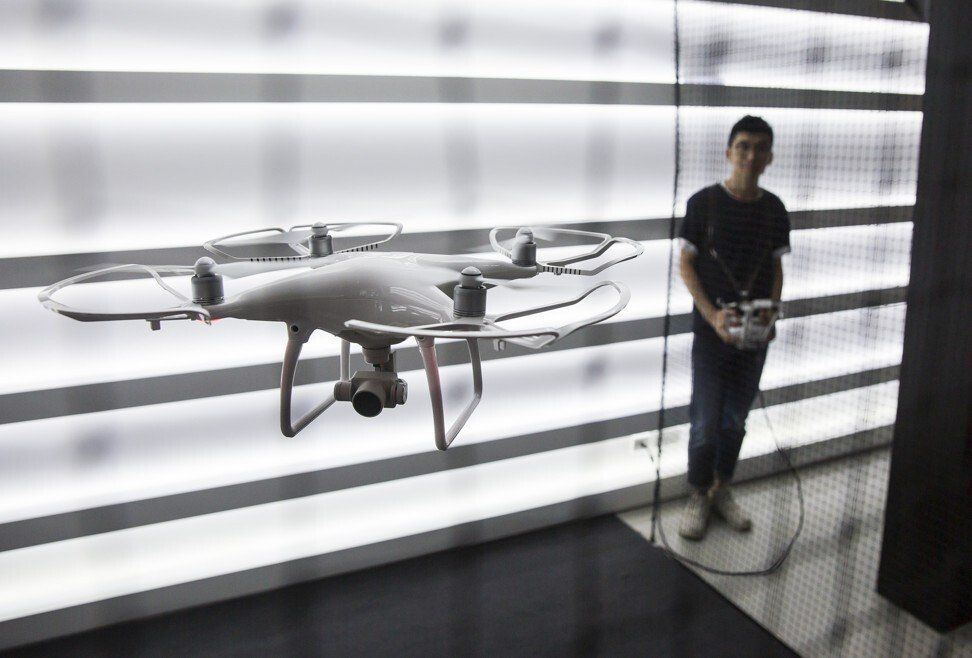 A DJI employee showing a drone during the opening of DJI’s flagship store in Causeway Bay on September 24, 2016.

DJI’s Causeway Bay store was to be the company’s third store after Shenzhen and Seoul, complete with space for pilots to test fly their gadgets at the space. The store carried DJI’s full range of products, including the US$899 Zenmuse Z3 camera drone, with displays of aerial photography.

It also housed a technical support centre and a dedicated space for holding workshops, seminars and special events.

DJI is not the sole retailer to exit Causeway Bay, the world’s most expensive shopping district with the top average rent, as retail sales in the city took a beating following Hong Kong’s street protests of 2019, and the coronavirus pandemic lockdowns starting last year. 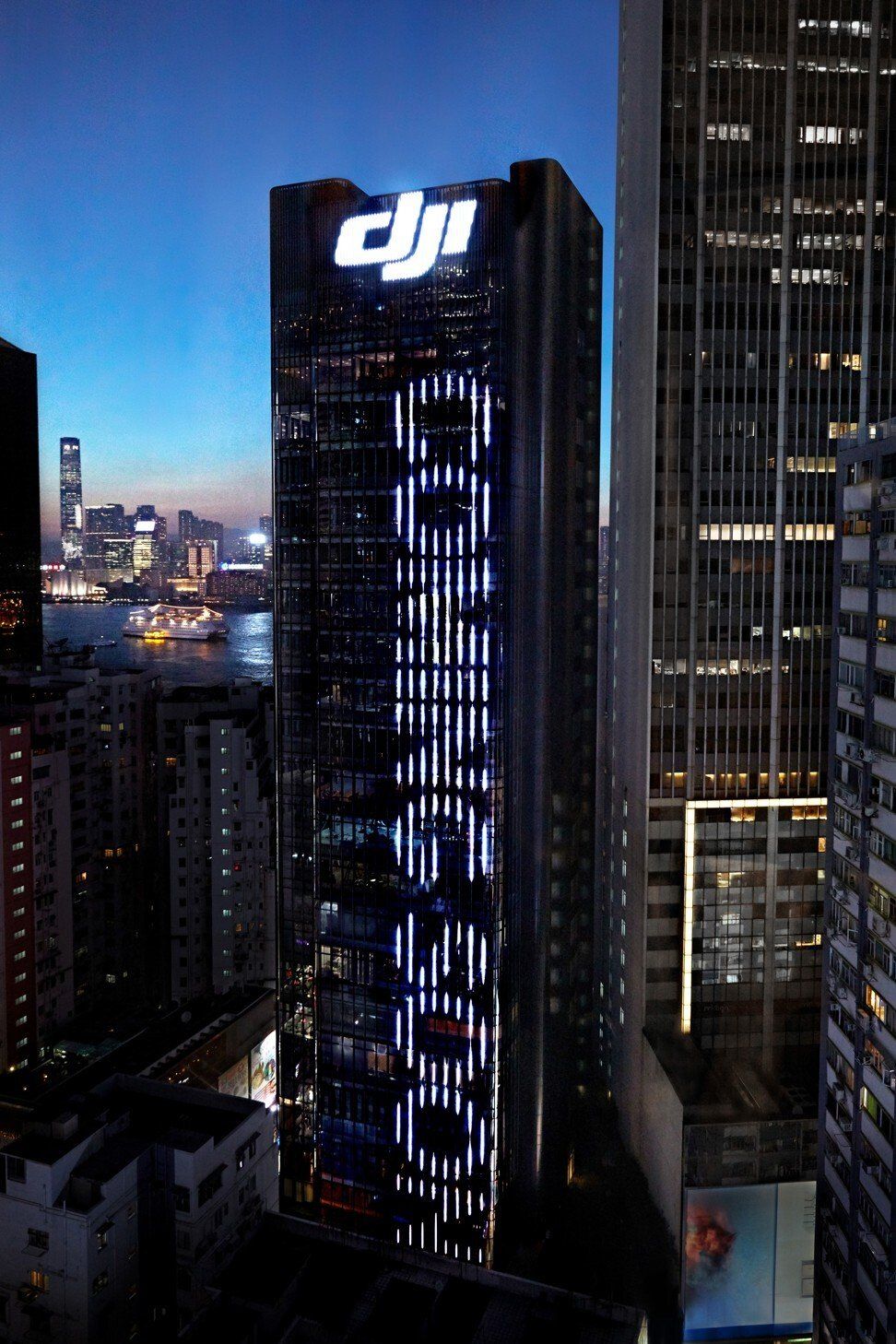 Advertising for DJI’s flagship store on 29 August 2016 ahead of its opening.

Visitor arrivals to the city plunged by about 94 per cent last year to 3.57 million, causing retail sales to slump by 24.3 per cent to HK$326.5 billion in the same period.

Adidas in April vacated its shop at 36 Queen’s Road Central, measuring 13,000 square feet. Gap, Topshop and Esprit were among the international brands that have either shut in Central or exited Hong Kong altogether.

Other businesses have not been spared too. WeWork, the US real estate company that spearheaded the popularity of co-working space, shrank its property footprint in Hong Kong by more than half. The company abandoned 90,000 square feet (8,361 square metres) of space across eight floors also at Tower 535 in Causeway Bay, reducing its portfolio in Hong Kong by 56 per cent to 360,000 square feet. It was the co-working space’s first Hong Kong location.