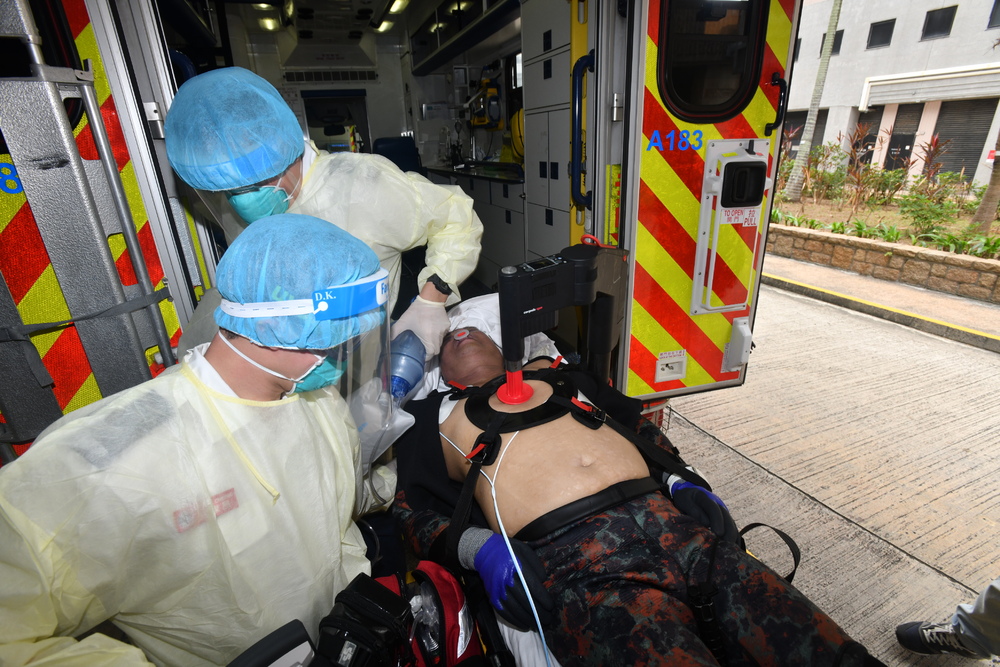 Diver dies after being trapped underwater by rocks in Sai Kung

A 59-year-old man died after he was trapped underwater by rocks while diving off Tung Lung Chau in Sai Kung today.
The man, Lee, was declared dead at Pamela Youde Nethersole Eastern Hospital in Chai Wan, one and a half hours after being admitted.

At around 11 am, Lee went diving off Tung Lung Chau with three friends, during which he and a companion first dove into the water.

Shortly afterwards, Lee’s companion rose to the surface, telling the remaining friends that Lee was trapped underwater by rocks.

Later, Lee’s companion slipped into the water again and tried to save Lee from the rocks, but to no avail and was drowned as well.

Divers from fire services’ diving unit, rescue personnel from government flying service and police were called to the scene.

Divers first rescued Lee’s companion from underwater, and were searching for Lee in the meantime.

At 12.35 pm, Lee was retrieved from underwater. He was then taken to a pier near Siu Sai Wan Sports Ground in a fire boat before being transferred to Pamela Youde Nethersole Eastern Hospital unconscious.

Lee was pronounced dead at the hospital at around 2 pm.

Freediving instructor Oliver Ng Yau-cheong, also a member of National Association of Underwater Instructors, said the waters off Tung Lung Chau were not considered as too dangerous for experienced divers.

But it was the weather that made it dangerous for divers, Ng said.

“There was an easterly wind ongoing today, and the weather was relatively windy -- the wind was on level four to five [moderate to fresh wind speed],” he said.

“Divers should select places that can shield themselves from the strong wind for diving, such as enclosed reservoirs and waters near a mountain.”

He said if divers were unfortunately stuck under rocks in the waters, they should remain calm by taking a deep breath so they could figure out a way to free themselves.

“Divers should also avoid diving into sites with fierce current and take courses that teach them how to rescue themselves under certain situations,” he said.

On Friday, a 60-year-old woman died from drowning while diving off Lung Ha Wan in Sai Kung.

The woman, Yim, was declared dead at Tseung Kwan O Hospital later on the day.

At 12.50 pm, she was found floating ten meters away from the waters off Lung Ha Wan by her friends.

Later, Yim was retrieved by rescue personnel from the water, and was sent to Sai Kung Marine Police Base in a fireboat before being transferred to the hospital unconscious.
Add Comment