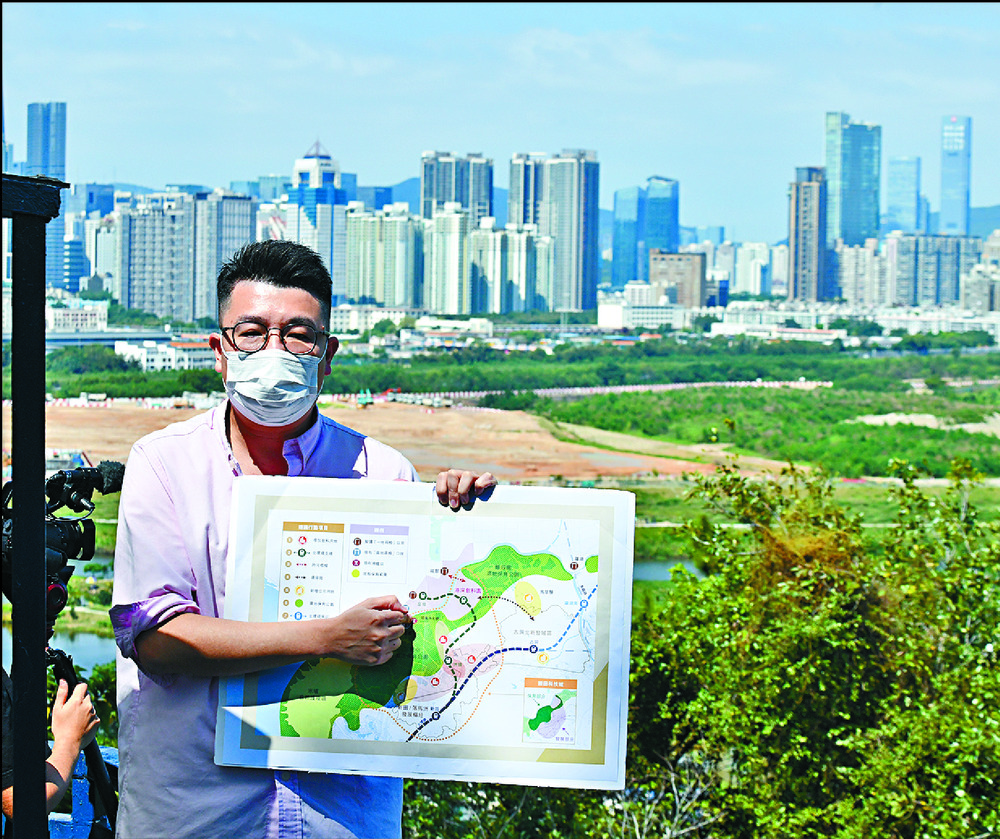 Legislative Council member Edward Lau Kwok-fan yesterday called on the police force to rename its border district as the Northern Metropolis district in order to reinforce the administration's development plan.
Lau, a member of the Democratic Alliance for the Betterment and Progress of Hong Kong, said on Facebook that he has sent a letter to police commissioner Raymond Siu Chak-yee proposing the idea.

"The development of the Northern Metropolis should begin from the renaming - as well as a reorganization of - the structure, functions and resources of various departments," Lau said.

In response to the letter, Lau said, police told him they will consider his suggestion in due course.

He has also sent letters to other departments - including the Civil Engineering and Development Department - suggesting the integration of the New Territories North and West offices as these areas will fall under the metropolis' domain.

The news came as the Customs and Excise Department and the Fire Services Department organized a drill on Monday afternoon at the Heung Yuen Wai Boundary Control Point.

Some 100 officers from the two departments and the police joined the counterterrorism exercise code-named "Defender," which featured a driver playing the role of a terrorist who is in possession of hazardous materials during customs clearance.

Officers followed a contingency response plan to prevent leakage of the simulated hazardous materials. They also summoned the FSD and informed the Inter-departmental Counter Terrorism Unit for follow-up action.

The drill enhanced officer preparedness during high-pressure situations involving terrorism and dangerous substances, authorities said, adding it was also a testament to the coordination and cohesiveness between multiple departments in emergency situations.
#Facebook
Add Comment