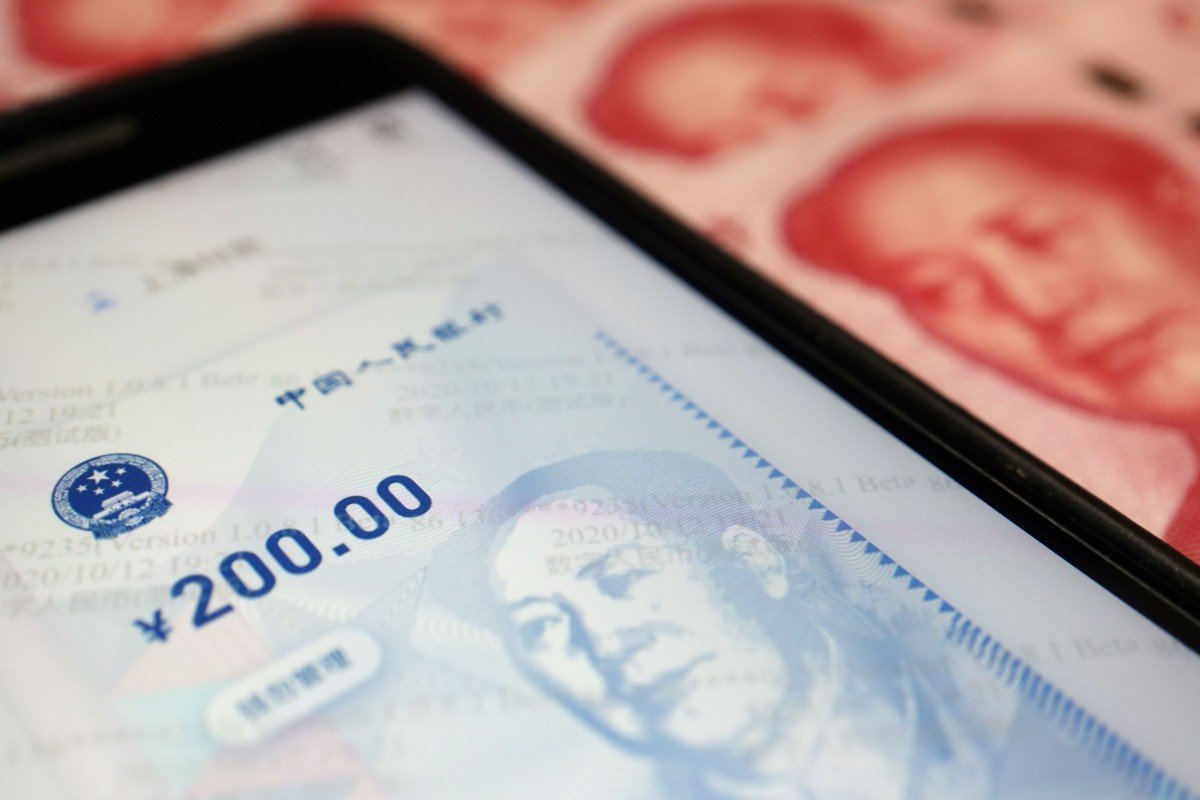 New money system to be set up by Beijing will be convenient for the public, make life harder for criminals and may help counter US dollar dominance
China is moving closer to launching a sovereign digital currency. Released ahead of the fifth plenum, the central government’s major policy meeting, the draft law by the country’s central bank will establish the digital yuan, formally known as the Digital Currency Electronic Payment (DCEP) system, on par with the fiat currency. Though no firm date has been set, the speed and ambition with which Beijing has moved to set up a digital yuan will likely realise a fully cashless society sooner than anyone.

The formal legal framework for the digital yuan means it is effectively a fiat currency backed by the central bank for every yuan it issues, whether electronically or in print. It will be treated as what economists call M0, that is, the same as paper notes and coins in circulation. The potential convenience and ease of use are obvious. Distributed through commercial banks, you can go to any outlet and withdraw yuan with the options of receiving physical notes or their digital equivalents.

More importantly for Beijing, the new money system will offer the central bank and other financial policymakers a real-time view of how money is being used. For the first time, authorities will know where every yuan goes and how it’s spent. Such insights will literally give a greater bang for the buck or yuan, on how authorities formulate, and respond with, monetary policy, stimulus spending, and dealing with inflation and deflation, as well as recession and other economic conditions.

As China’s dominant players in e-payment platforms, Ant Group’s Alipay and Tencent Holdings’ ­WeChat Pay have shown how such big data can yield deep insights into the behaviour of hundreds of millions of users. Ant is an affiliate of this newspaper’s owner Alibaba Group Holding. Chinese authorities will have even greater data access, dovetailing with Beijing’s enunciation of data as a factor of production and a monetisable asset within the national economy.

And as money flows and trails are tracked, corruption, tax evasion, money laundering, terrorist financing and other financial crimes will become much more difficult, at least until criminals get smarter.

Meanwhile, as the rivalry between China and the United States turns increasingly toxic, Beijing has every incentive to counter the US dollar dominance. It remains to be seen how the digital yuan will help internationalise the currency. Much depends on whether users will find it easier, cheaper and safer to use, and whether foreign markets can access it.

There is much irony in China’s pioneering efforts. Cyber currencies such as bitcoin have been the dream and hope of Western anarchists, libertarians and hackers to get away from fiat money and state control. Beijing is turning their ambitions upside down.
#Alibaba  #ANT
Add Comment