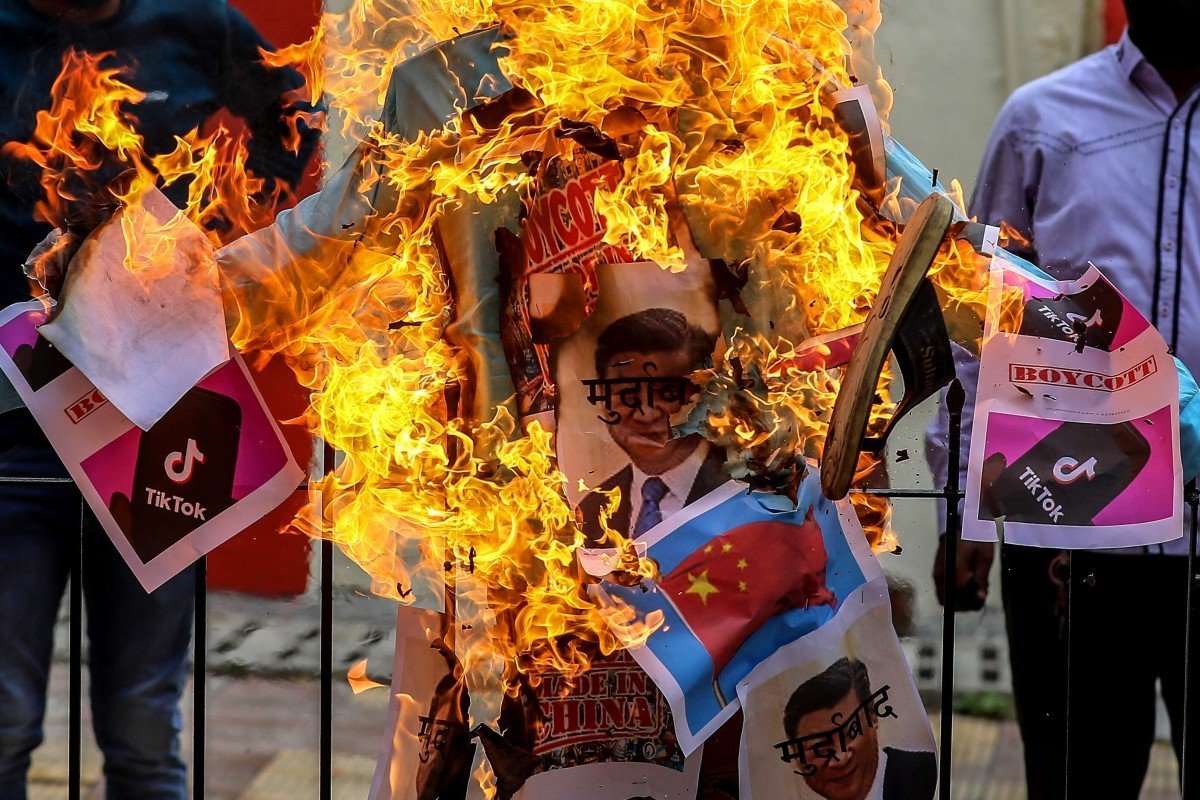 Beijing has been preoccupied with tensions with Washington, but a deadly brawl on the Himalayan border last month raised the possibility of wars on two fronts. Decades of talks have failed to bridge trust deficits and misperceptions, observers say

While China’s attention was fixed on a new Cold War with the United States, tensions on its troubled Himalayan border with India erupted last month in the deadliest clash in over 50 years.

The fatal skirmish rubbed salt into an old wound that has refused to heal since the 1962 border war, and raised questions about China’s strategic calculations on the rise of India.

It also prompted fears about armed conflicts between the nuclear powers becoming a deadly manifestation of the Thucydides Trap.

The much-debated concept, which was coined by Harvard professor Graham Allison in reference to the possibility of military confrontations when a rising power threatens a dominant one, is usually reserved to describe the superpower showdown between China and the US.

But could it also be the case between China and India?

The two countries have shown interest in de-escalation and agreed to disengage this week, but there is little sign so far that heightened tensions will dissipate soon.

Both sides have instead amassed large numbers of troops and weapons, along the undemarcated border, or the Line of Actual Control, since the largely hand-to-hand brawls on June 15. Along with an undisclosed number of Chinese casualties, 20 Indian soldiers were killed in the disputed Galwan Valley in eastern Ladakh, known in China as Aksai Chin, where the two countries also fought their short but bloody 1962 conflict.

Observers generally say that it would be nightmarish scenario for Beijing to ratchet up tensions and further alienate New Delhi in the face of worsening ties with Washington and the biggest international backlash in decades over China’s diplomatic overreach and its culpability in the coronavirus pandemic.

Chinese President Xi Jinping and his top diplomats have sought to elevate bilateral ties to an unprecedented level in the past two years but Beijing’s boldness in reinforcing troops at the Indian border has underlined its growing dilemma about its neighbour.

With India’s rise as a regional power, the shifting balance of power between India and Pakistan and the emergence of India’s alliance with the US, India has occupied a higher place in China’s agenda.

Pang Zhongying, an international affairs analyst at Ocean University of China, said India had transformed itself in the past two decades from a giant in South Asia to become an Asian power.

“It is really unfortunate for Beijing to be distracted by the dangerous border stand-off with India when it needs to focus on the free-falling China-US relations as part of a multi-front crisis diplomatically and economically.”

According to Wang Dehua, an expert on India at the Shanghai Municipal Centre for International Studies, misperceptions of each other’s strategic goals, gaping trust deficits as well as the complicated border dispute are among the top factors that have dogged bilateral ties for decades.

Relations between China and India, both among the world’s oldest civilisations, have undergone a sea change since their independence in the late 1940s, marked by a brief honeymoon period of brotherhood in the 1950s and a long diplomatic freeze after 1962.

Political ties have gradually thawed since the 1980s and economic and trade relations began to pick up after China became India’s top trading partner in 2008.

Both sides have also invested heavily in resolving the highly charged border issue through diplomatic and military talks. While border talks since 1981 have produced at least five agreements on managing tensions and rebuilding trust in border areas, they have yet to offer a viable path towards a permanent settlement or prevent frequent border skirmishes.

“In the absence of imminent border solutions, both sides need to set aside past grievances and differences on the border issue and find ways to coexist and thrive together by maintaining the status quo and avoiding misjudgment and opportunism,” Wang said.

A turning point for the worse came in 2017, when a large number of troops were locked in a 73-day stare-down in Doklam – or Donglang in China – the remote Himalayan area where Sikkim, Tibet and Bhutan meet.

“For China, the Doklam stand-off raised fundamental questions regarding the nature of India’s threat,” said Yun Sun, a senior fellow at the Stimson Centre in Washington.

There has been the asymmetry of threat perceptions between the two neighbouring rivals, with India seeing China as its main threat but China considering India as a secondary challenge due to Beijing’s focus on dealing with the US in the western Pacific.
From China’s perspective, despite India’s increasing importance to China, “Beijing’s vision for Asia is strictly hierarchical – with China at the top – and does not consider India an equal”, she said.

But India’s increasingly nationalist and adventurist foreign policy under Prime Minister Narendra Modi and arguably more importantly, Washington’s rolling out of its Indo-Pacific Strategy just three months after the Doklam stand-off, apparently aimed at Beijing, have “sent China into a frenzy of damage control”.

“Since then, the US factor has become the most important consideration in China’s policy towards India. For China, the prospect of facing the American military at sea and the Indian military along its southern border and in the Indian Ocean becomes much more real and dangerous with defence cooperation between the US and India,” Sun said.

After Beijing was reassured by New Delhi’s hesitation to embrace the Indo-Pacific concept and a proposed quadrilateral coalition with the US, Japan and Australia, Xi personally decided to elevate bilateral ties with India, through two informal summits with Modi in Wuhan in 2018 and in Chennai last year.

Strategically, it is in China’s interest to contain India’s rise by propping up Pakistan and other small nations in South Asia and thwarting Washington’s efforts to lure New Delhi into an anti-China alignment.

China was in no hurry to resolve the border dispute because it could be used as the “leverage to bog down India in the region and undermine its global potential”, she said.

But an increasingly isolated China also needs India to counter the US offensive globally through various multilateral organisations.

Beijing also needs to enlist New Delhi’s support for the Belt and Road Initiative, Xi’s top foreign policy and overseas investment project, despite India’s repeated opposition to the passage of the China-Pakistan Economic Corridor – a key element of the initiative – through disputed Kashmir.

Incensed by India’s perceived opportunism to explore China’s weakness from Covid-19 and the worsening US-China relations, China may want to “teach India another lesson” as Beijing saw Modi’s salami-slicing border approach as something similar to prime minister Jawaharlal Nehru’s controversial “forward policy” in the lead-up to the 1962 war.

“Tactically, China appears to be aiming for what it achieved in the 1962 war … and believes it needs to stand up to India whatever the cost,” Sun said.

Other experts, especially those in India, also say China has often adopted stalling tactics on the border issue, despite India’s apparent eagerness to settle the dispute.

Dibyesh Anand, a scholar on international relations at Westminster University in London, said China’s reputation among Indians had been battered by the unresolved border dispute and China’s condescension.

The legacy issue of Tibet, which India officially recognised as part of China in 2003 despite the presence of a Tibetan diaspora in exile, added to the complexity of China-India relations, Anand said.

While Beijing may hope to thwart New Delhi’s efforts to catch up with China on infrastructure construction in border areas, the most challenging part for Beijing is to maintain the pressure without triggering an armed conflict, which would lead to the nightmare of a two-front war with both the US and India.

“Even if China could defeat and contain India through a war, the pay-off for China would remain minimal because it wouldn’t address China’s key external security challenges in the Pacific,” Sun said. “Instead, a breakdown in ties with New Delhi would only further expose Beijing in its primary theatre vis-à-vis the US.”