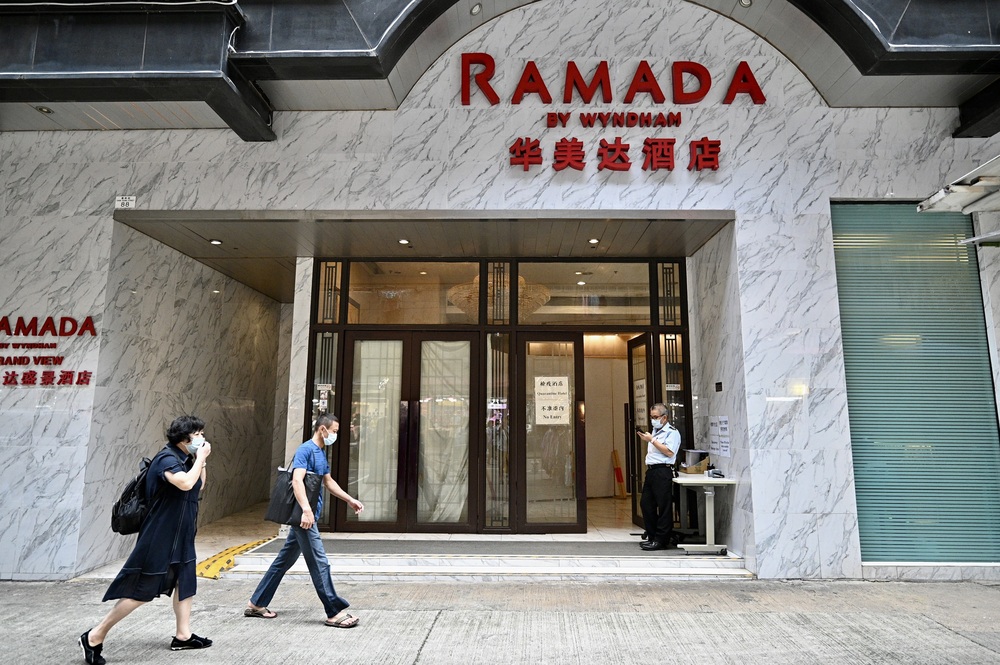 Developers have agreed to turn at least 100,000 hotel rooms into community isolation facilities for Covid patients after meeting with Chief Executive Carrie Lam Cheng Yuet-ngor, sources said.
Lam had a video conference with the members of the Real Estate Developers Association on Wednesday afternoon, where she called for those who run hotels across the city to provide rooms to quarantine Covid-19 patients with very mild or no symptoms.

It is understood that members that attended the meeting included the Wharf (Holdings), Cheung Kong Holdings and Sun Hung Kai Properties, according to the Stewart Leung Chi-kin, chairman of the association's executive committee.

Leung pointed out that he would definitely support the government as a citizen and companies will coordinate with relevant departments for the arrangement. Yet, the actual numbers of hotel rooms that would be transformed into isolation facilities would depend on the government's request.

It was understood that Stan Group, which operates 11 hotels in Hong Kong sent their representatives to the meeting this afternoon as well.

In an official statement released by the association today, it said that members and the CE and her cabinet had a video conference today to “discuss the use of suitable hotels for community isolation facilities.”

It continued that “members agreed to make available suitable provisions for isolation facilities according to the government's requirements” without giving out the exact numbers.

Later tonight, the government also issued a release and said Lam conducted a webinar with The Federation of Hong Kong Hotel Owners to seek their support for the community isolation facility hotel scheme.

“Prior to the webinar, the government has already secured about 4,400 rooms, of which some 1,700 will be made available for use before the end of this week and the remaining before the end of next week, “the release added.

Lam continued that she is optimistic that at least 10,000 hotel rooms could be made available for the scheme for joint efforts by the government and the hotel sector.

Meanwhile, Sun Hung Kai Properties said they are now assessing their hotel chains and equipment with authorities to ensure all sectors comply with the safety requirements, adding that the government will announce more details in due course.
#COVID-19  #Covid
Add Comment